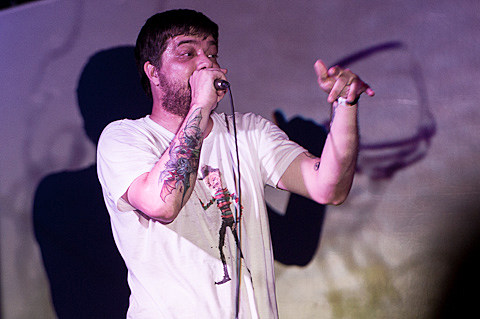 The Uncluded, the collaborative project between rapper Aesop Rock and anti-folk singer Kimya Dawson, are currently on a tour that just hit NYC for David Lang's 'collected stories' series at Carnegie Hall last night (4/24). Since we last spoke, they added a club date for NYC too, which happens Saturday (4/26) at Brooklyn Bowl with Macaulay Culkin's pizza-themed Velvet Underground tribute band The Pizza Underground and Baby Dayliner. Tickets for that show are on sale now.