The Underachievers at NXNE 2013 (more by David Andrako) 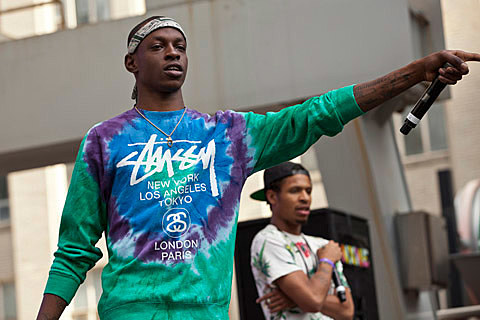 NYC Brainfeeder-afilliated rap duo The Underachievers released their impressive Indigoism mixtape earlier this year, and they're now working on its followup. The first single from that is a track called "The Proclamation," which prominently samples The Rolling Stones' "Gimme Shelter." You can watch the video for that song below.

The Underachievers have an upcoming hometown show happening on August 20 at Santos Party House with CJ Fly of Joey Bada$$'s crew Pro Era, Dillon Cooper, and Danse Daimons (of Brooklyn Stickup). Tickets for that show go on sale Friday (7/19) at 10 AM.

The Underachievers - "The Proclamation" Official Video