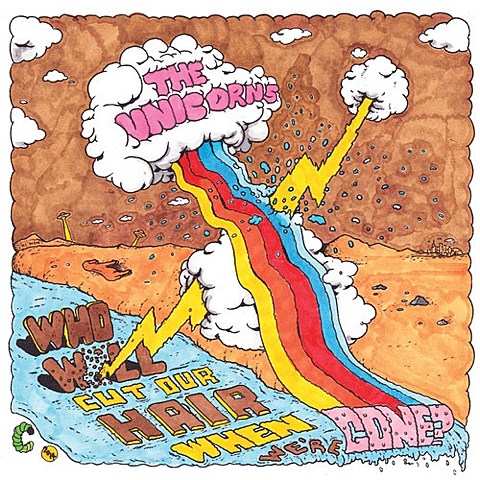 Canadian lo-fi pop faves The Unicorns are officially reuniting this year, and as announced, will be opening five dates on Arcade Fire's tour including two in California and all three NYC shows (one of which also includes Television). They've since added a Pop Montreal show, and will also now be reissuing their classic 2003 LP, Who Will Cut Our Hair When We're Gone?.

The reissue will be out via the band's own Caterpillar Records on August 26, and it can be pre-ordered over at Amazon now. The reissue features bonus material, including a cover of cult songwriter Daniel Johnston's "Rocket Ship" that they recorded right before breaking up in 2004. You can stream that one now, with the tracklist, below.

* with Arcade Fire and Dan Deacon
^ with Television