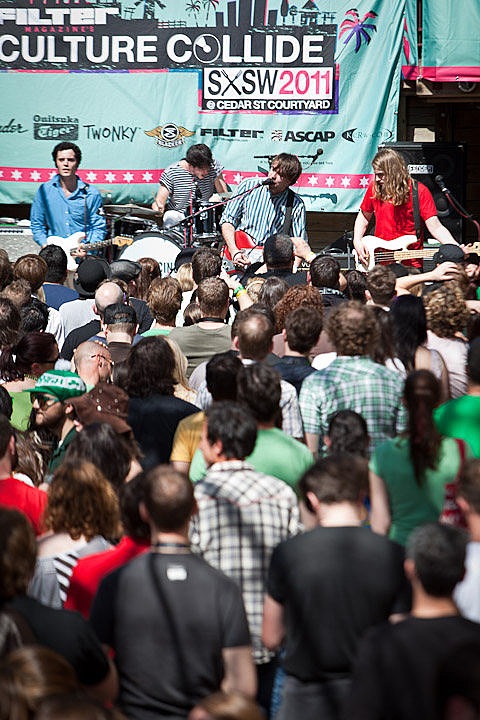 NME coverstars The Vaccines played a bunch of shows last week in Austin during SXSW. On Wednesday morning at like 10am I accidentally caught them playing/soundchecking on an outdoor AOL stage surrounded by GIANT Vaccines and AOL banners and a giant camera crew and AOL employees and security guards and lots of other people working at the early morning high budget production (you can watch the results HERE). I was actually on my way to the BrooklynVegan day party at Emo's where we had them playing later in the afternoon (and where they ended up playing a super short set due to worry about the singer's voice being strained or something). The pictures in this post are from a show they played later in the week at Filter's Cedar Street Courtyard.

The Vaccines were last in NYC when they made their U.S. debut at shows at Bowery Ballroom and Glasslands. They'll be back when they hit the road to support the Arctic Monkeys whose previously announced tour brings both bands to a sold out Central Park Summerstage on May 24th, a week before the Vaccines LP "What Did You Expect From The Vaccines?" drops via Columbia Records here in the U.S. The Vaccines play Letterman on June 7th.

A few more pictures, some videos and all dates below... 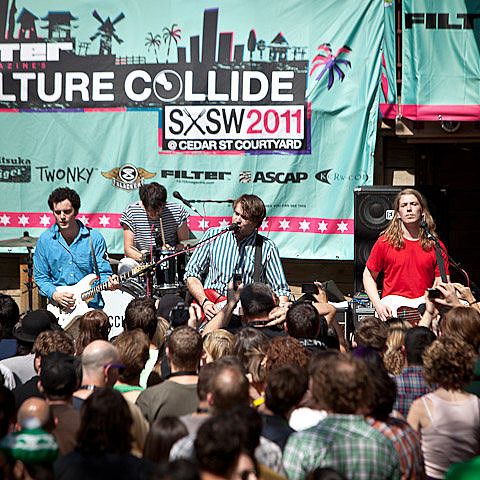 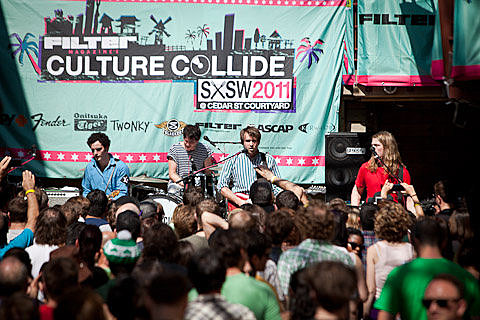 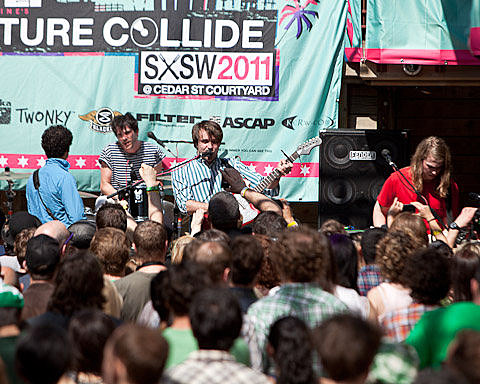 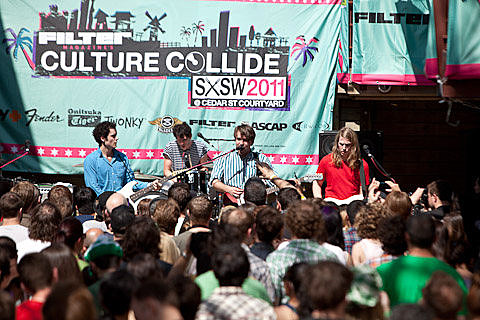