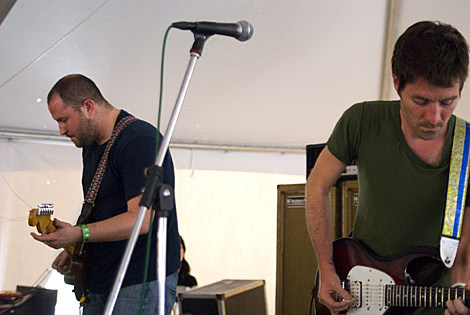 The Van Pelt played their first show in 10+ years at the Radio Room in Austin on March 21st as part of the Slip/Lovitt Day Party which also included sets by Young Widows (who are playing Brooklyn on April 1st), Pygmy Lush, Cursive (who played a BV party at the same venue two days earlier), and Frodus.

The Van Pelt occupied the slot before Frodus (which was before Cursive) on the main stage, and I was glad that I was able to catch all of their set before the rambunctiousness of Frodus. Talent obviously oozes out of the Leo clan (guitarist/vocalist Chris Leo is Ted's younger bro), as I found The Van Pelt's live show to be heartfelt, melodic, and just plain gorgeous. Here's to hoping that NYC gets a shot to see them again. For those unfamiliar with the band, there's a little history below the rest of the pictures, below... 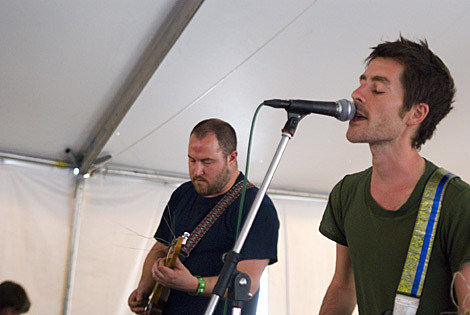 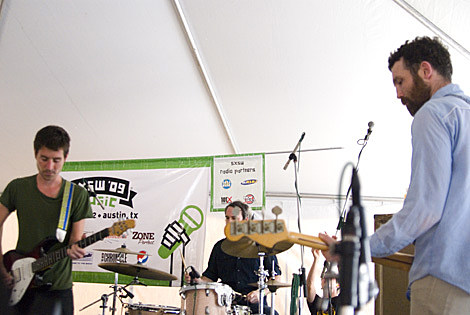 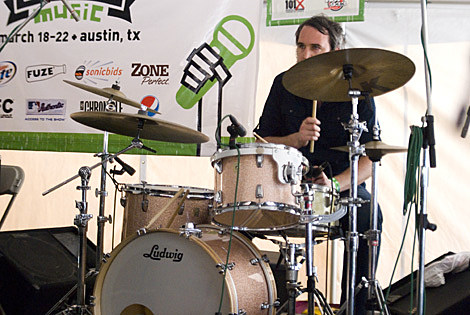 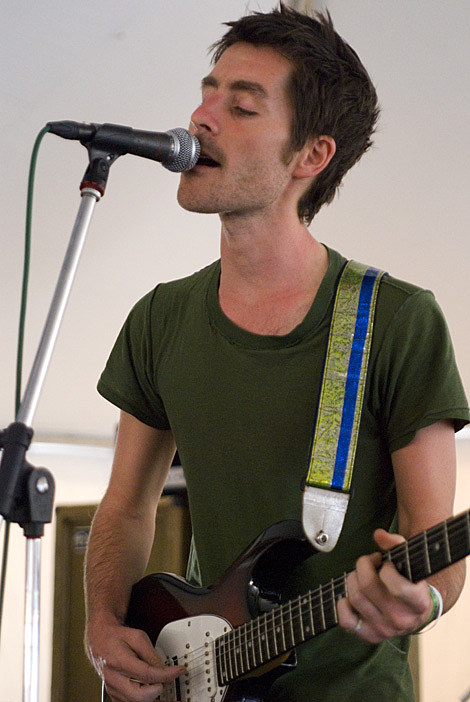 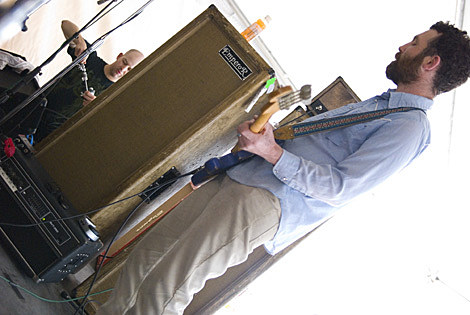 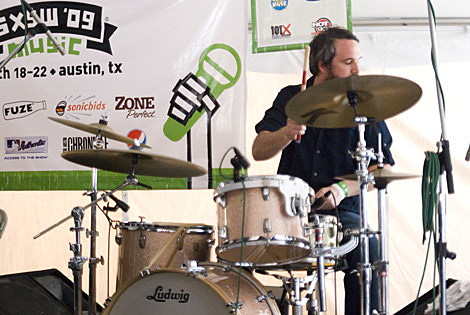 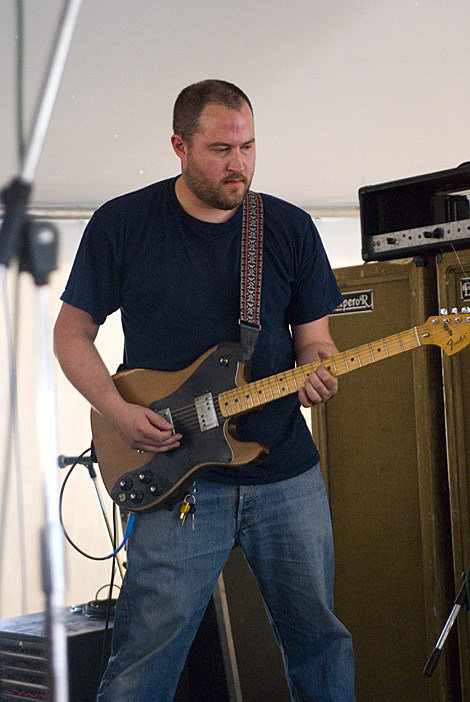 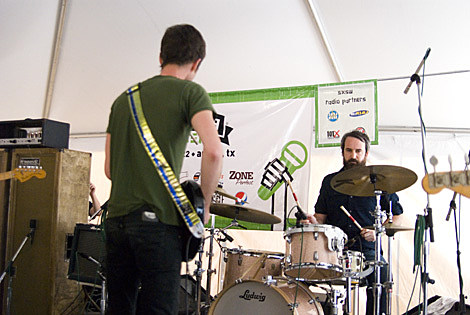 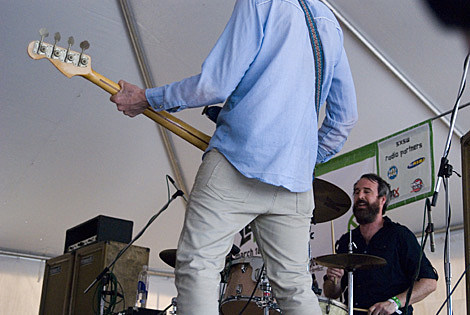 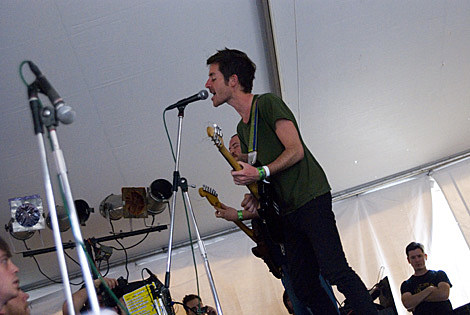 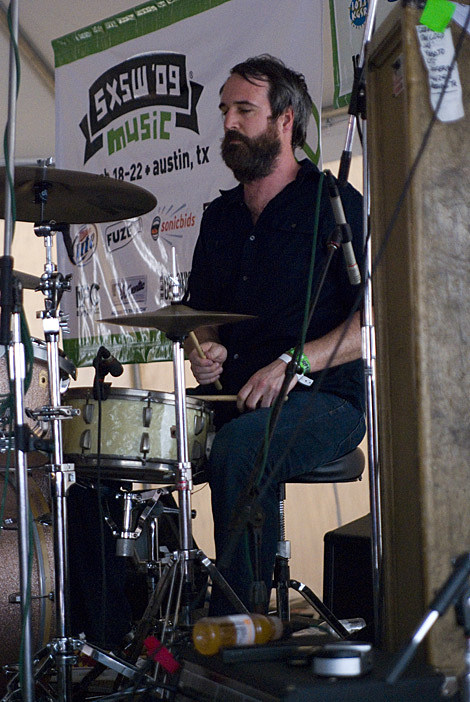 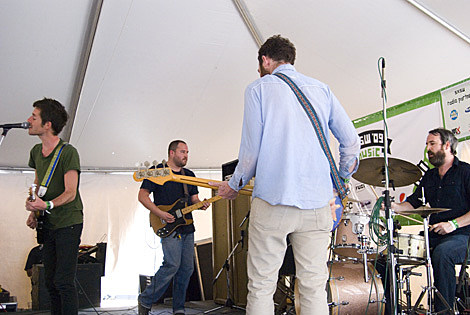 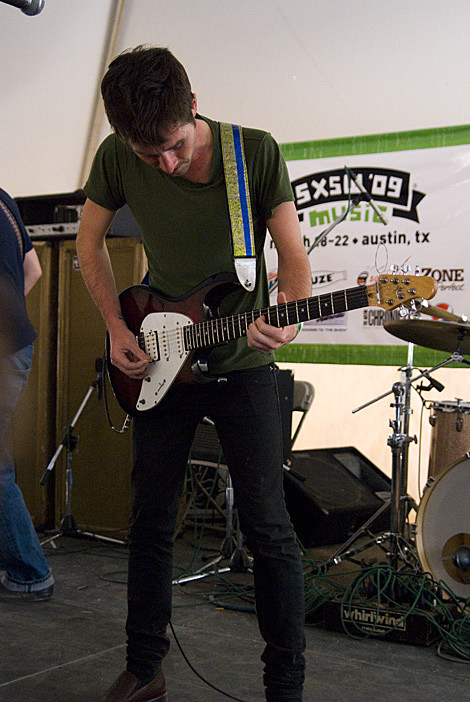 The Van Pelt formed in New York City in 1995. With former Native Nod singer/guitarist Chris Leo at the helm, the band's original membership included Brian Maryanski on guitar, Sean Greene on bass, and Neil O'Brian on drums. The first full-length release of the band, Stealing From Our Favorite Thieves, was released on Gern Blandsten in 1996 and achieved a modicum of college radio success. Stealing From Our Favorite Thieves reached number 39 on the Gavin college radio charts, recalling a more melodic side of Sonic Youth with Leo's guitar-driven, half-spoken, half-sung delivery. The release was one of the more successful from Gern Blandsten's early catalog and was followed by a series of regional and national touring which drew even more attention to the band in the college underground. Sean Green left the group and was replaced by Blonde Redhead's Toko Yasuda. With the new lineup, The Van Pelt released their sophomore effort, The Sultans of Sentiment, in 1997, again released on Gern Blandsten... The Van Pelt disbanded in 1997, shortly after some brief touring that followed the release of The Sultans of Sentiment. -[AllMusic]