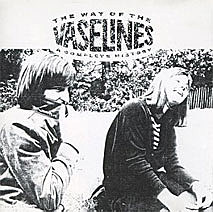 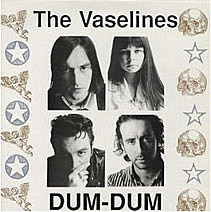 The band played their first reunion show at a festival in Scotland the other day...

The Vaselines performed a reunion gig last night (May 16) at Tigerfest in Dunfermline.

Supporting Teenage Fanclub singer Norman Blake, the band arrived on stage at 7.45pm at the town's Carnegie Hall to a small but enthusiastic crowd before launching straight into 'Son Of A Gun' - one of three tracks that were once covered by Nirvana.

"This is our first all seated gig," joked singer Eugene Kelly. "It's all a bit grown up, not very punk rock is it?"

The Scottish duo, who were also joined by members of Belle & Sebastian, then blasted through a set full of crowd-pleasing favourites that included 'Molly's Lips' and 'Sex Sux (Amen)'...... [NME]