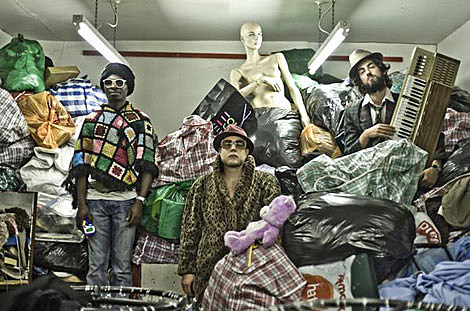 European producers Radioclit and Malawian singer Esau Mwamwaya have been working together under the name The Very Best for the past two years. You can check out their debut mixtape, which came out last year and samples M.I.A, Vampire Weekend and Michael Jackson, reposted above. "For the recording, the band brings some guests on board: M.I.A. for 'Rain Dance' and Vampire Weekend's Ezra Koenig sings on 'Warm Heart Of Africa.'"

The Very Best are making a limited number of US stops before their set at the Pitchfork Festival on July 19th. One of those will be at NYC's (Le) Poisson Rouge on Saturday, July 18th, where they appear with Dragons of Zynth, the Que Bajo?! dance party, DJ Uproot Andy, Geko Jones, Zuzuka Poderosa, DJ Supervixen and Açai Girl. Tickets are on sale.

Two Very Best videos, with a flyer for the show, and all tour dates, below... 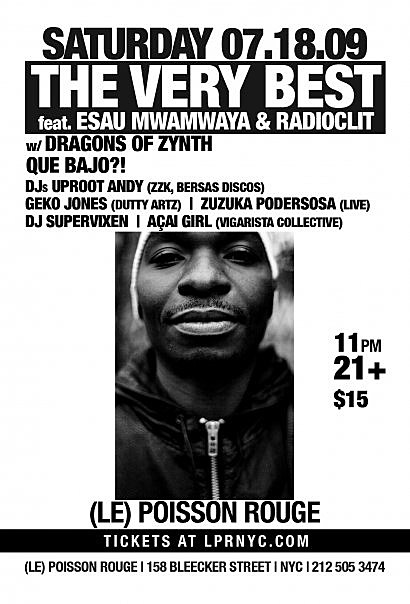