The Very Best at SXSW 2010 (more by Andrew Frisicano) 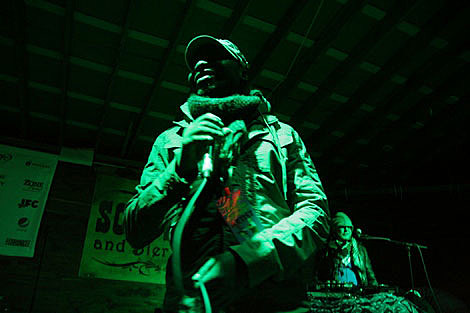 The Very Best are set to release their new album, MTMTMK on July 16 via Moshi Moshi. It features guest appearances from Amadou and Mariam, Baaba Maal and K'naan. You can check out the video for album track, "Yoshua Alikuti," below.

The Very Best have a few North American dates coming up in August, including three with Mumford & Sons and Gogol Bordello, and around that time they'll also play their own show in NYC at Irving Plaza on August 13. Tickets for that show go on sale Friday (6/22) at 10 AM with Live Nation Mobile App/Music Geeks/Citi Cardmember presales starting Thursday (6/21) at noon.

A list of all dates and that video below...