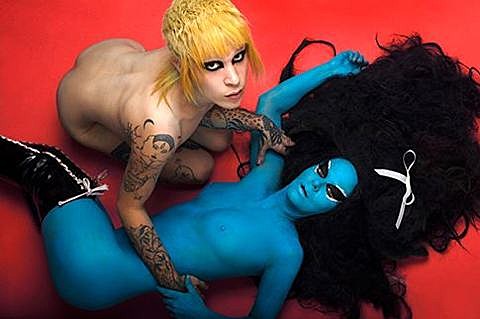 For nearly 25 years, artist/filmmaker Kembra Pfahler has fronted NYC's preeminent shock rock punks The Voluptuous Horror of Karen Black. While the group hasn't released a new album since 1998, it's always really been about the highly theatrical live shows which still happen every once and a while, mostly in NYC. While it's harder to shock NYers than ever before, VHKB definitely try their best to keep it fresh. Pfahler is surely cooking up something good for what's promised to be the inaugural "Valentine's Day Spectacular" at Bowery Electric on February 13. Also playing are Juliana Huxtable, No Bra, and Youthquake. Johanna Constantine  is DJing. Tickets are on sale and flyer for the show is below. 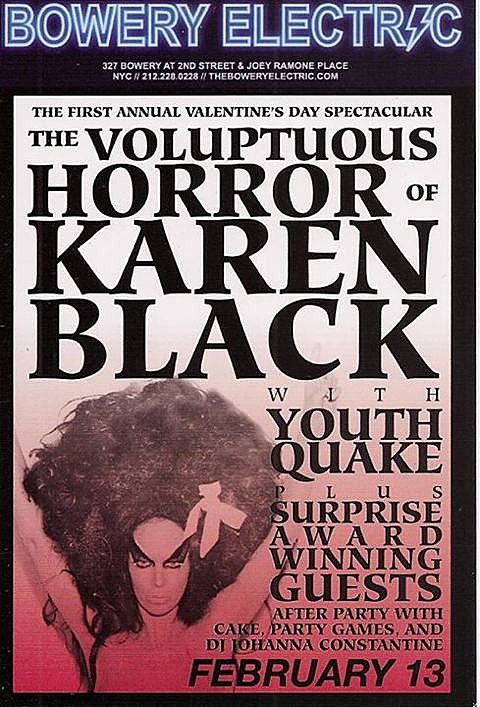