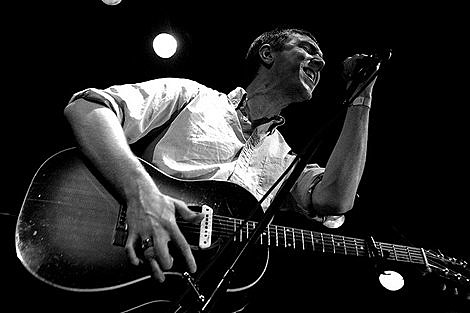 Greetings everyone. We are finishing up recording our record in New York. We've been working our little asses off for the last year on it and we're actually really psyched now. We think it's almost done. We produced the whole thing ourselves and we even recorded a bunch of tracks all on our own like the old days. When we brought the tracks to our favorite engineer Chris Zane for mixing, he gave our engineering skills a B-. We've recorded something like 28 songs but we don't know how many will be on the record. We did a lot of it here in Manhattan, and some of it down in the greater Philadelphia area.  We're thrilled to report that it will be coming out on Oxford, Mississippi's legendary Fat Possum Records.

We're also thinking it's time to go out and start playing some shows, so we have a bunch coming up. First we're playing at the Museum of Modern Art in midtown Manhattan on March 3rd to celebrate the opening of the Armory show. Tickets are available here. Then we're heading down to Austin TX and playing NPR's showcase on March 17th at Stubbs with Spoon. NPR will present, broadcast, and "webcast" the show live on March 17th. Also, we're going to play a show at Brooklyn's The Bell House on April 1st....that isn't some stupid April Fool's prank though, we'll be there. Now that I think about it, maybe the prank is on us. Well, there's going to be this pre-jack presale that we're doing for the first time so the tickets will be available here first starting at NOON EST on Thursday, February 11th. The "secret" password is "eatinpuppies2". DON'T TELL ANYONE! Tickets will officially go on sale to the public Friday, Feb 12th. Ok have a good one, and we hope to see you around. -The Walkmen

Well, that about sums it up. Songs from the Walkmen's set at the Bell House Haiti benefit are postd below. They played a new song at Pitchfork Fest last summer - that's below too...