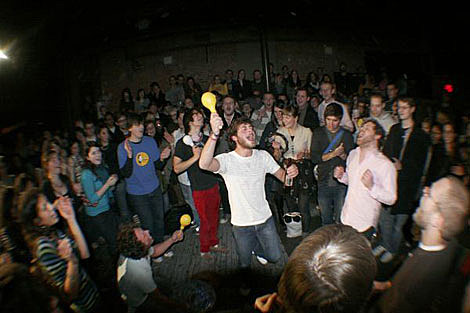 The War On Drugs and Drink Up Buttercup have at least two things in common. They are both bands from Philly and they are both playing Union Hall in Brooklyn tonight/Sunday, December 14, 2008. TAB The Band is also on that bill. The War on Drugs is also playing with School of Seven Bells at Mercury Lounge on Monday. Drink Up Buttercup is also playing with Illinois (another Pennsylvania band) at all of their January multi-city residency shows including the one on the 14th at Rehab in NYC. All dates below...