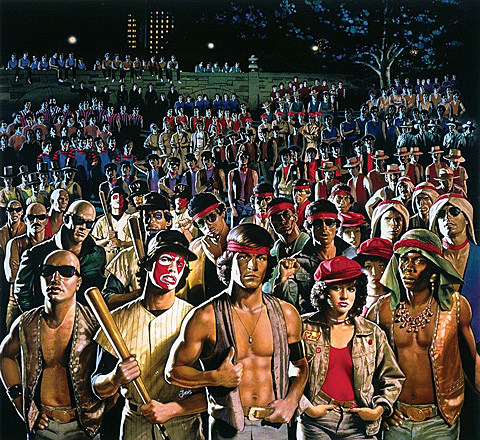 OK, boppers, there's going to be a celebration of 1979 cult classic The Warriors at Coney Island's Surf Pavillon on September 13. The event will feature a reunion some of the cast and crew, including Michael Beck ("Swan"), Dorsey Wright ("Cleon"), David Harris ("Cochise") and Bryan Tyler ("Snow). There will be live music from Sick of it All and Gotham City Mashers, a cosplay contest and and a screening of the film and post-movie Q&A hosted by John Joseph of Cro-Mags. Can you dig it? Tickets are on sale now.

Flyer for the event, more info and schedule is below... 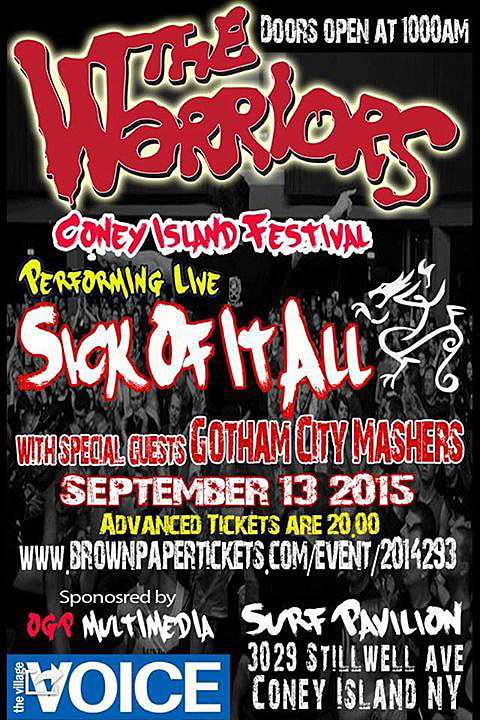 WarriorsCome Out To Play Yay. The Boys are finally going back to Coney Island and you can be there to meet them.