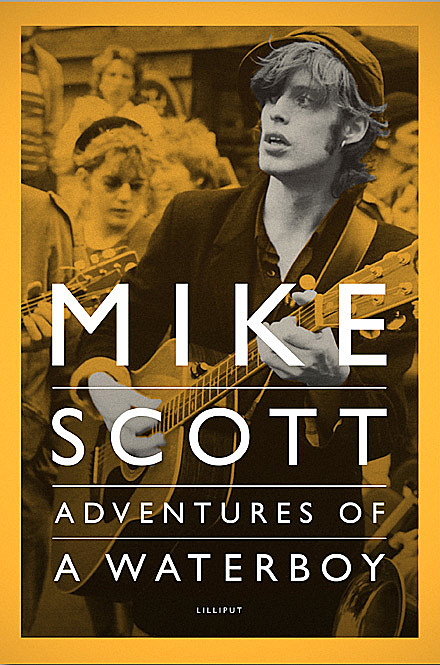 As a teenager Mike Scott fronted his first garage bands, playing original songs and punk covers, and wrote his own rock fanzine before moving to the lights of Edinburgh and London in quest of glory. In the 1980s he formed The Waterboys with musicians selected to interpret the 'noises in his head', from the tumbling saxophone of Anthony Thistlethwaite to the fiddle-mastery of Steve Wickham. With the burgeoning success of A Pagan Place and This Is the Sea, The Waterboys became one of the biggest acts in British music. Before his sensational performance at the 1986 Glastonbury Festival Scott came to Ireland for a week with Steve Wickham, and stayed for six years, taking him deep into the West, folk music,Yeats ... and Fisherman's Blues, one of the great albums of the decade, blending country, blues and gospel with rock 'n' roll in a freewheeling cycle of reinvention and artistry.

After scaling the heights and living the NewYork dream, Scott then turned his back on rock stardom to discover his inner resources with the Findhorn community in his native Scotland during the 1990s, emerging from time to time to reassemble his iconic band and to make music. In 1998 he was reunited with his father, unseen since 1970.

Adventures of a Waterboy unravels the myths surrounding one of Scotland's charismatic modern heroes and Ireland's adopted sons, while describing the shamanic journey of a loner in quest of musical perfection; it is a tale of fame and isolation; of shared elation with a music that entranced a generatin of rock fans.

Mike Scott will be promoting his new autobiography, Adventures of a Waterboy, with two shows in NYC where he'll be both reading excerpts from the book and performing acoustically. He'll be at tiny Rockwood Music Hall on November 12, which already sold out, and he just added a larger show happening at Music Hall of Williamsburg on November 19. Tickets to that show go on AmEx presale today with the regular on-sale on Friday (9/28) at noon. Fellow Waterboy Steve Wickham opens both days.

These appear to be Mike's only North American dates. The Waterboys released An Appointment with Mr. Yeats last year and you can stream two songs from that below. Scott's former bandmate Karl Wallinger was visiting earlier this summer with his band, World Party, you may remember.

A couple classic Waterboys videos are below.

The Waterboys - "The Whole of the Moon"

The Waterboys - "Fisherman's Blues" live on The Tube