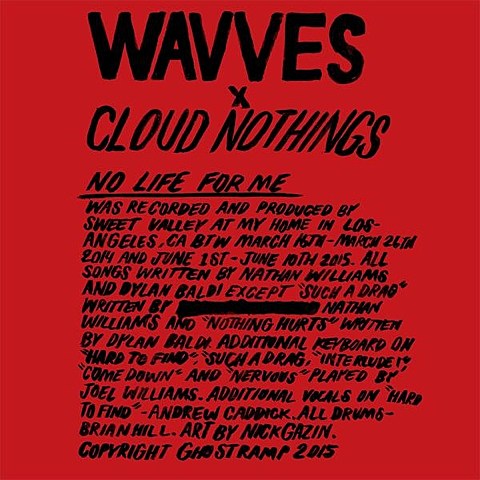 Wavves and Cloud Nothings announced that their collaborative album, No Life For Me, would be out at some point this year, and now we finally know when: Tonight at midnight, as a tweet from Wavves reveals. (If you're in Europe, it's already out). That's the artwork above by Nicholas Gazin, who calls it "one of the only good rock n' roll records made recently." Tracklist below.

UPDATE: It's out now! You can get it on iTunes and bandcamp, and it's also available for physical pre-order. Stream it in full below.

The album was co-written by Wavves' Nathan Williams and Cloud Nothings' Dylan Baldi, and co-produced by Nathan and his brother and Sweet Valley/Spirit Club bandmate Joel. It also features Wavves drummer Brian Hill and additional vocals from Nathan's Spirit Club bandmate Andrew Caddick. Despite initial reports that Vampire Weekend's Rostam Batmanglij would appear on the record, his contribution didn't end up making it on. 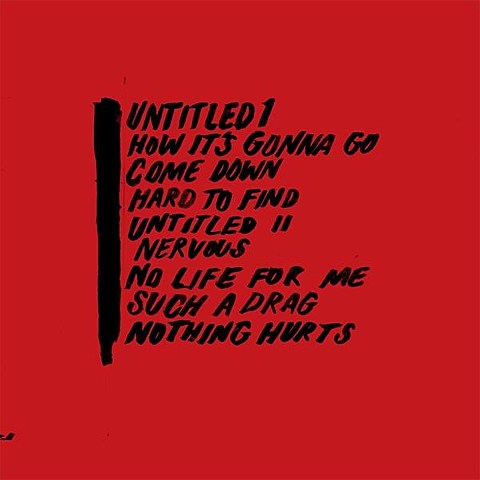