The Weakerthans at Bumbershoot 2008 (more by Chris Graham) 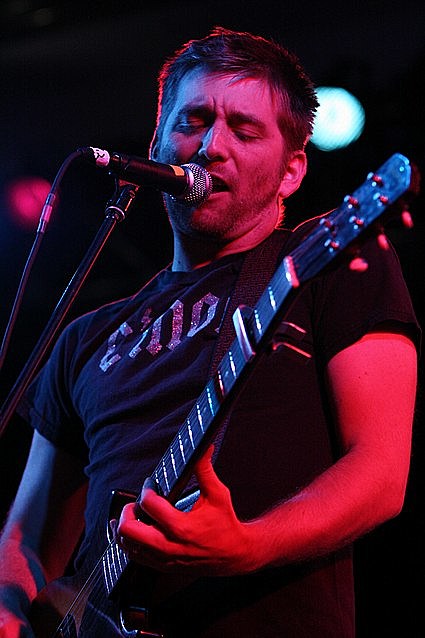 Winnipeg indie rock favorites The Weakerthans are playing all four of their incredible full length albums in four nights in NYC and San Francisco. NYC gets their treatment of the albums with 'Fallow' on December 7, 'Left and Leaving' on December 8, 'Reconstruction Site' on December 9, and 'Reunion Tour' on December 10 and San Francisco gets theirs the week prior. Each set includes the album being played in full plus a set of favorites. Tickets for all four NYC shows, which are taking place at Bowery Ballroom, go on AmEx presale Wednesday, and then on general sale Friday (7/15) at noon. A four day pass will also go on sale Friday and it comes with a limited edition show poster.

The Bouncing Souls just played double the amount of albums in the same amount of days in NYC and will do the same in Philly this week.

All Weakerthans tour dates and some videos below...

The Weakerthans - "The Reasons"

The Weakerthans - The Reasons by Flickenfratz

The Weakerthans - "Confessions of a Futon Revolutionist