photo: The Weakerthans at Bowery Ballroom in 2011 (more by Kurt Christensen) 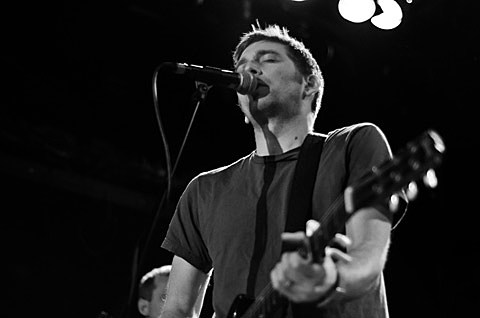 Anyone who follows The Weakerthans probably realized they've been slowing down -- they last played live in 2013 and last released an album in 2007 -- but now drummer Jason Tait broke the news that the band is officially broken up. He tweeted the following:

Bummer! Maybe they'll come back after The Front Bottoms and Modern Baseball get famous and The Weakerthans' nasally, folky punk gets re-evaluated as prescient.

Singer John K. Samson has stayed active as a solo artist, most recently writing and performing a live score for the Neil Young-inspired piece, For the Turnstiles. He also was recently working on new music with Christine Fellows.

Revisit some Weakerthans videos below...