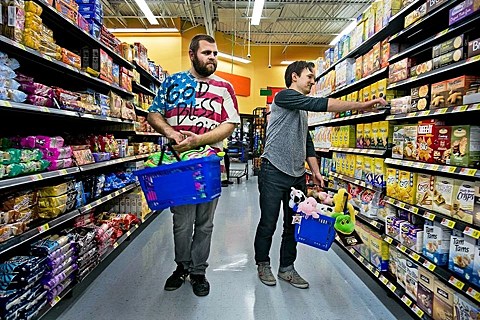 '90s-loving Philly rockers The Weaks have a few upcoming shows scheduled, including one in NYC this weekend. They'll play new-ish Bushwick venue Palisades on Sunday (8/17), which is the the record release show for singer/songwriter Gregory Mendenz's Songs From A Stairwell EP, which Evan Bernard of The Weaks produced. The rest of the bill is Jenna Smith, Last Full Measure and Radiator King. There's a $5 donation at the door.

The Weaks also play The Fest, and their only other announced dates before that are opening two shows on the upcoming Joyce Manor tour. Though they won't be on the NYC show (9/15 at Bowery Ballroom), you won't have to travel too far to see that double bill. They're supporting them in Danbury, CT (tickets) and Cambridge, MA (tickets).

All dates are listed, with a stream of The Weaks' 2014 EP, The World Is A Terrible Place And I Hate Myself And I Want To Die, below...