There's a lot going on this weekend but the show I'm most excited about this weekend is The Wedding Present who are in town performing their 1989 classic Bizarro in its entirety. They'll do it at Maxwell's on Saturday night (4/10, Sold Out) and then Bowery Ballroom on Sunday (not sold out) (4/11).

I won't lie: you're looking at a Wedding Present superfan. Like a lot of Americans, Bizarro was the first album I heard and is near and dear to me for that reason. (1991's Seamonsters is my all-time fave, though.) Bizarro is the peak of their early sound -- jangle pop played hard and very fast -- ten bashers that climax with the nearly ten minute "Take Me!" that might be the band's most manic song ever. Magnet asked frontman David Gedge, who turns 50 on April 23rd, a question I was wondering about.

Magnet:There's a lot of frantic guitar strumming on Bizarro, songs like "Kennedy" in particular. Twenty-plus years later, how worried are you that you might need frequent breaks during the shows?

David Gedge: I'm not going to deny that it's a challenge! With Bizarro, we took the original idea of the Wedding Present--namely, to play songs as fast and for as long as possible--to its logical conclusion. As a result, it's a collection of fairly extreme recordings, and obviously, we've never played them back to back like this before. Rehearsals have been more like training sessions for a marathon, but I have no doubt that we'll get there in the end.

A little clarification: the band are doing the original 10-song UK version of Bizarro, not the 14-track U.S. CD version so don't expect them to play their cover of Pavement's "Box Elder." They are, however, playing about seven songs from throughout the band's career (and a couple new ones) before launching into the album. 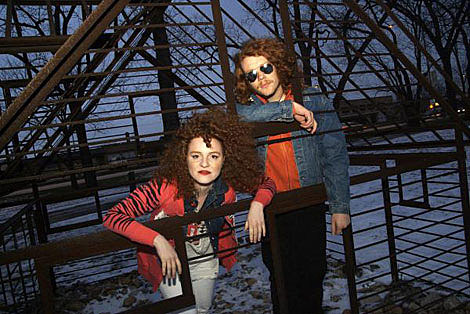 Guitar-bass garage rock duos are a dime a dozen, but White Mystery from Chicago stand out and not just because siblings Alex and Francis are flaming redheads. (If they ever need to change their name, may I suggest Firecrotch?) Alex, formerly of Red Orchestra, has a soulful wail that she lets belt out at top register. They're also less blues-y than many of their brethren -- even without the singing nobody's gonna confuse them with The White Stripes, Thee Oh Sees, etc. Their self-titled debut is a lot of fun. And you just know -- you just know -- they're gonna be good live.

In addition to Serena Maneesh, Here's a few more picks for tonight and Friday... 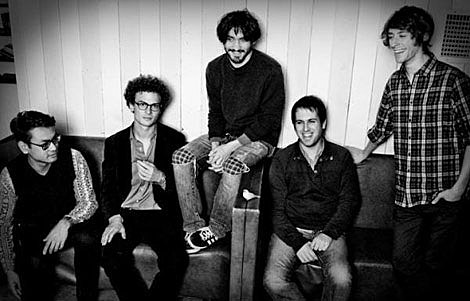 Tonight it's a good local bill at Studio @ Webster Hall, with Mon Khmer, Your Nature and Kordan. It's the release party for Mon Khymer's self-titled debut album, '80s-ish rock full of lovely textural guitarwork -- these guys list the Durutti Column as an influence and you can really hear it on the LP. There's also some nice pedal steel work which gives the music an otherworldly feel. The same could be said for Your Nature, who at times sound a whole lot like U2. You can download an EP for free from their website, and one of its tracks, "Forward Motion," is on the new Kitsune Maison compilation. Kordan also seem to have one foot planted in the '80s, but more in the gothy dance realm. I like what I've heard

Meanwhile upstairs at Webster Hall is leather-and-denim-loving Black Rebel Motorcycle Club who I still kinda like, though I'm not that crazy about their new album, The Devil's Tattoo. If you are going, do make sure to show up early for Zaza, easily one of the best, most under-appreciated bands in the city right now. Dark and dreamy stuff.

And there's LCD Soundsystem tonight at Music Hall of Williamsburg for those who were awake at 9AM yesterday to get tickets. (Does that criteria include any of LCD's fanbase?) Go early to avoid the enormous Will Call line and check out openers Light Asylum, featuring !!! singer Shannon Funchess. Think late '80s dark synthpop, the likes of which mostly seemed to come from Belgium at the time. 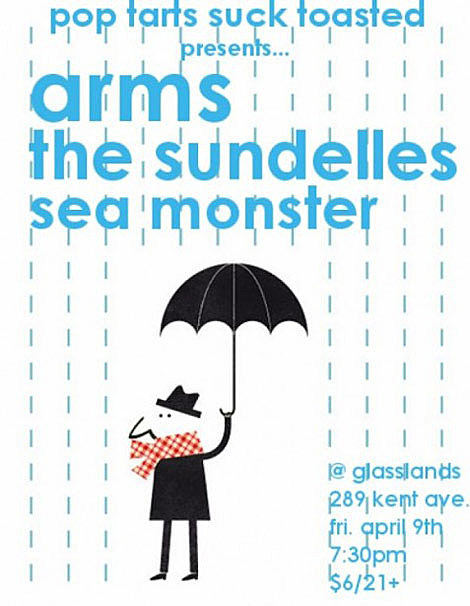 Glasslands has a solid bill brought to you by Pop Tarts Suck Toasted: ARMS, The Sundelles and the live debut of new duo Sea Monsters.

If you're going to see the sold-out Xiu Xiu and Tune Yards at Bowery Ballroom, get there early for Zola Jesus and Twin Sister. Twin Sister's new EP is still a free download on their website, but only for another week. 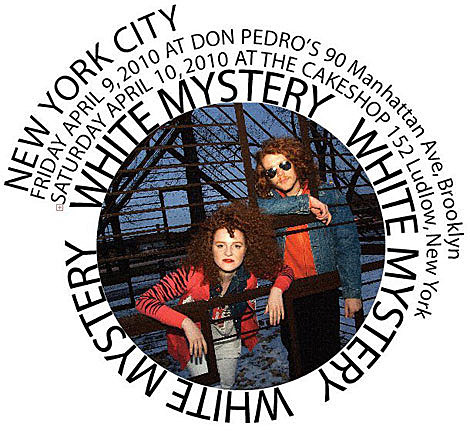 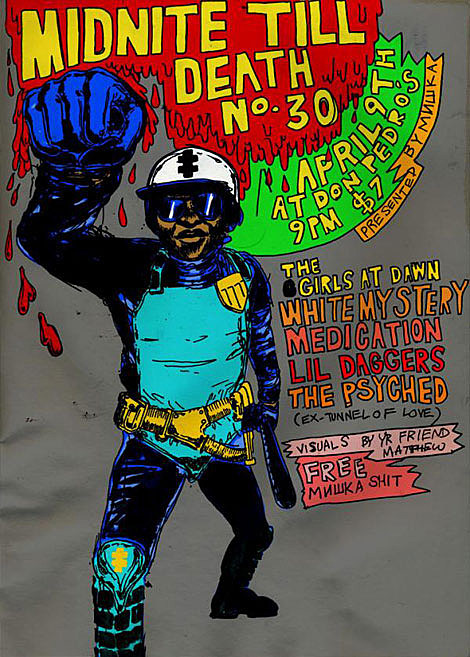