David Bruno is back with his second weekly installment of 'the week in dance'....

Thanks to everyone who came out and got busy at Element on Friday night. People Don't Dance No More is off to a roaring start. Stay tuned for news on the February 23 edition! 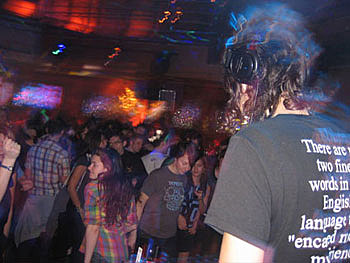 Last week I highlighted the Ed Banger crew from Paris. This week I want to start to highlight some of the amazing dance talent here in NYC... 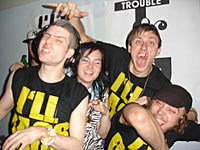 The TROUBLE & BASS crew has been breaking down boundaries between electronic genres for quite awhile. Their core roster includes ringmaster Drop the Lime (DTL), as well as mathhead, Zack Shadetek & Star Eyes.

They've all been known to mash grime with break-core, and electro with jungle. Their only goal is maximum BASS. The crew has been involved with some of the craziest regular parties in Brooklyn, from Bangers & Mash to Mad Suspect, and their new monthly Trouble & Bass party. 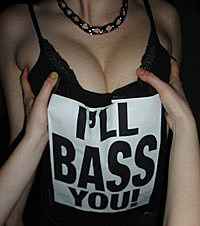 Not only do they throw rippin' parties, they are some of the most prolific producers I've ever encountered. Look at these Discogs pages: Drop The Lime + Team Shadetek...insane!

DTL and mathhead just put out an EP entitled Bass Bandits on Philly's Flamin' Hotz. Pick it up at Turntable Lab. The next Trouble & Bass EP is out in March via SEED distribution.

Trouble & Bass just added two new producers that have been setting the internets on fire: Curses! and Passions. Serious Parisian purveyors of future music immediately picked up both kids. Curses! has an EP dropping on Institubes in the Spring, and Passions is putting out a single with Kitsune in March or April. Very big news for the NYC crew.

Download the above mixes, but don't listen on an empty stomach - and turn down your speakers. 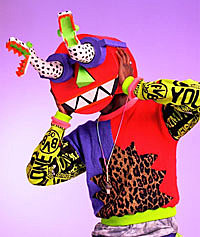 GET OUT AND DANCE NYC