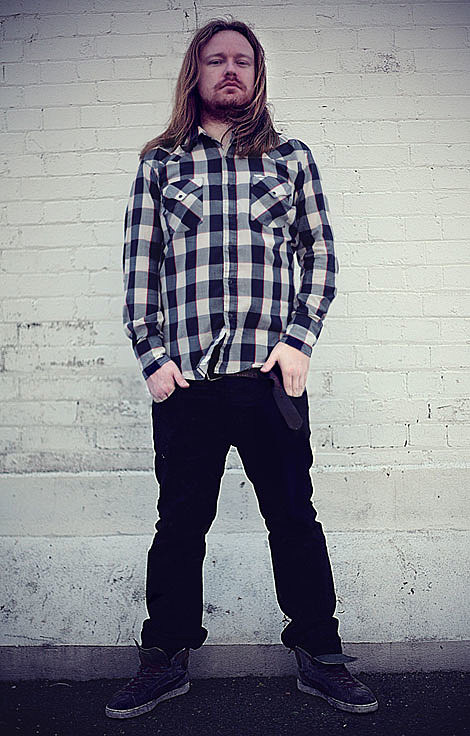 Last week in dance I only made it out one night, but had an absolute blast! Friday night I headed to Public Assembly around midnight to see Boy 8-Bit. While he didn't go on for an hour or so, his 1-1/2 hour long set was well worth the wait. From about 1:30 until 3, he played a UK-influenced, yet diverse set. He opened with his track "The Suspense Is Killing Me" which he manipulated to be a little more subtle than usual - a great starting point and indication of what was to come.

The rest of the set was a pretty current mix, punctuated with some of his own tracks (including some from the Baltic Pine EP which I strongly recommend - info on the release in last week's post) as well as Boy 8-Bit's own impressive take on some already awesome tracks. From a remix of Fake Blood's "Mars" (a track I thought couldn't get any better) to Bumblebeez's "Rio" (a track I never thought I'd be glad to hear) to what might have been (but I'm not certain) an extremely messed with, instrumental only remix of TTC's "Travailler"...Boy 8-Bit's set at Public Assembly was easily one of the most unpredictable, exciting, dance-able sets of this year.

While I find this week's dance prospects a bit less exciting, there certainly is a lot going on:

Galaxie, Rong, and Donuts have put together a new weekly outdoor party on the Lower Eastside called Public School. Hang on to the last days of summer at the sand-covered outdoor beach bar while residents Lovefingers and DJ Spun get everyone moving to some disco, along with special guest Schmami (whose Eurolax mix is available for download here if you missed it). Info on this week's party and future guests below: 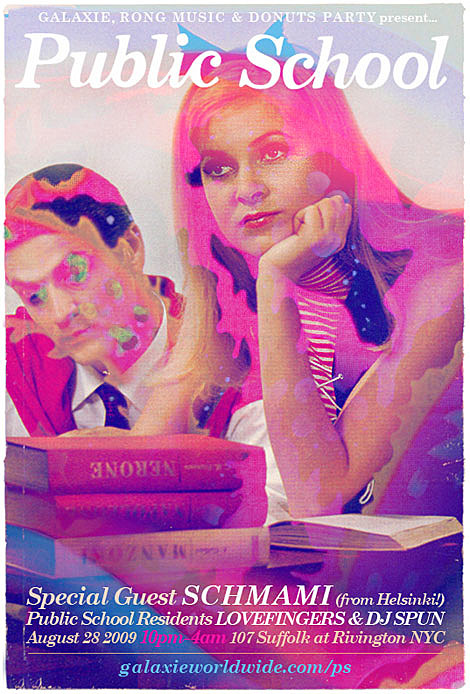 If you're not in the mood for disco, there's quite a diverse line-up with Klever, D.I.M., Ninjasonik, and Alexander Technique all at Boys & Girls at Webster Hall. They will be celebrating the release of Ninjasonik's "Darth Bano" Mixtape for Mishka which you can download at the top of this post. Tracklisting, party info, and a chance to win a pair of tickets to the event below: 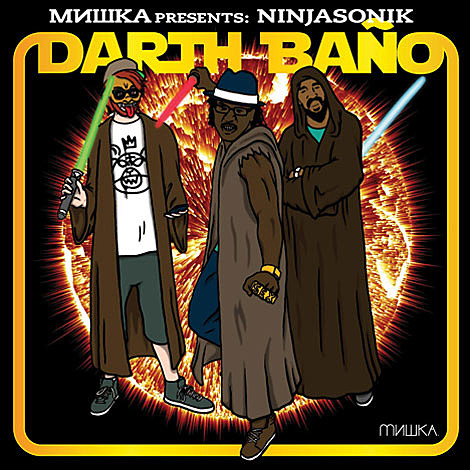 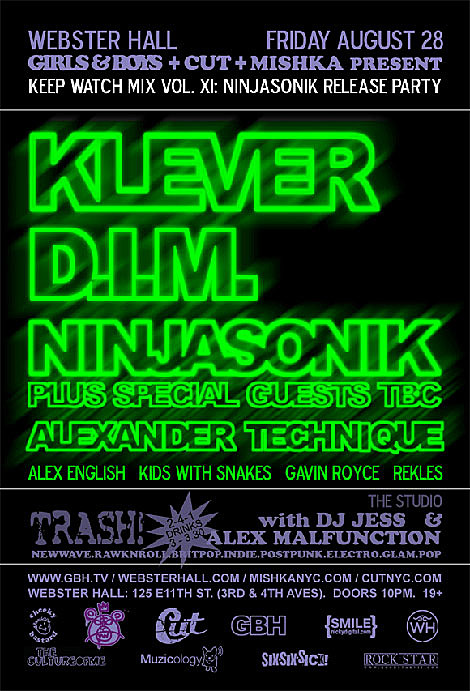 Advanced tickets available here and we have 1 pair of tickets to give away! TO WIN A PAIR OF TICKETS TO SEE NINJASONIK AT WEBSTER HALL ON FRIDAY (8/28) email BVCONTESTS@HOTMAIL.COM (subject: NINJASONIK). Include your first and last name. 1 winner will be chosen at random and contacted. 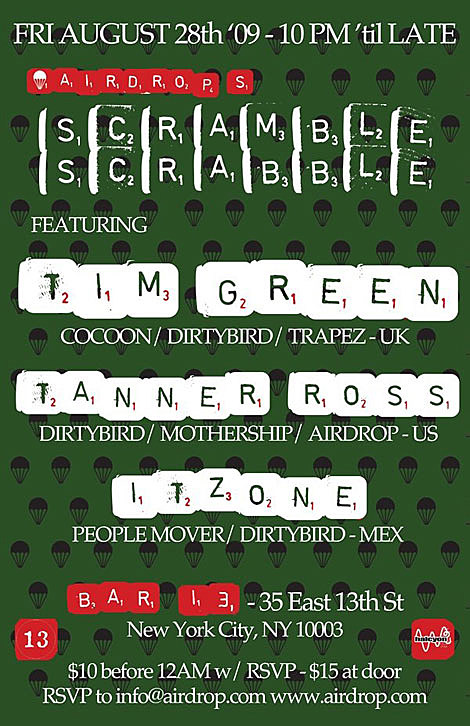 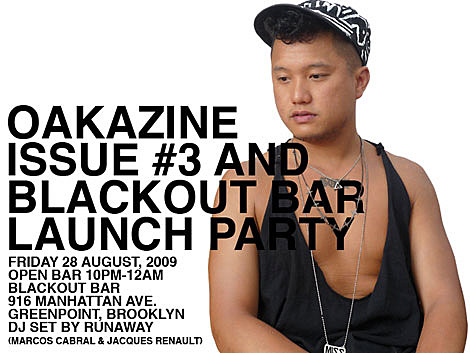 - Turntables on the Hudson is happening every Friday at Water Taxi Beach.

More ways to get down are headed your way for this weekend, so be sure to check back for part 2 of the Week In Dance! Also...if you haven't already gotten them, prices for Electric Zoo tickets go up again Thursday at midnight. The festival is next weekend, so if you want to go, get on it!