DOWNLOAD: Hot Chip - Over And Over (party Ben's Smell Of Repetition Remix) (MP3)

What did you think of the shows? 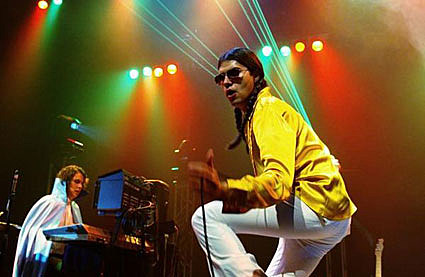 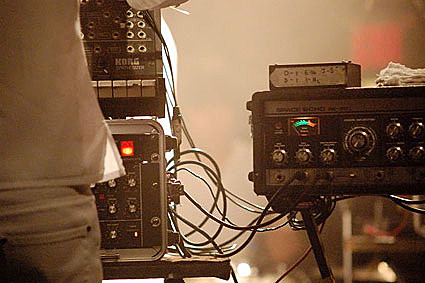 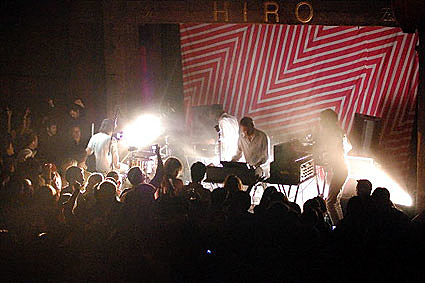 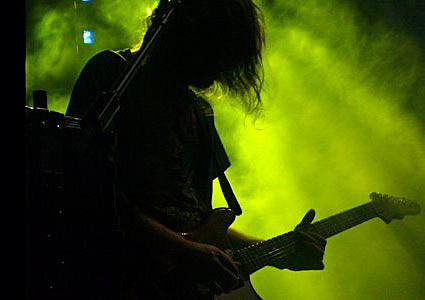 New York is getting a serious dose of live electronic music this week. Soulwax kicked it off on Tuesday at Hiro by blistering through their fantastic Nite Versions live set.

Last night (Wednesday) was total electronic mayhem. Soulwax took on Studio B (reviews at the Simple Mission & Show Trotta), Ghostland Observatory (and a laser!) took over Bowery Ballroom (review at Shelves of Vinyl), and Ratatat (and smoke machines) packed Webster Hall (review at the Music Slut). 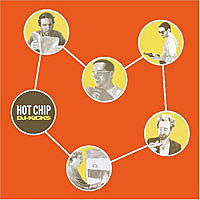 I can't remember the last time two Bowery Presents venues featured electronic music on the same night. Dancing is illegal in the clubs, so you might as well put on your sequined heels and dance on the Marshall stacks. You can keep on dancin' all weekend: Hot Chip starts a two day run at Webster Hall tonight (April 19).

Check Hot Chip's Myspace for a new track, "My Piano" from their forthcoming DJ-Kicks mix CD!

"I have learned a lot from these people and perhaps , which a not a lot of people know about , i have been writing beats all the way since debut . More and more . The majority of the vespertine beats where by me . Sounds like i´m bragging but i guess with a question like that i´m also just keen on educating people how electronic music is made . [Bjork]

Thursday - 4/19
*HOT CHIP! at Webster Hall Dudes go on EARLY both nights (get there by 7:30 to see the space-kraut-disco of Tussle)
*Riton (!) DJs at ISS at Tribeca Grand (The Interscholastic Sex Solution has been killing it recently)
*Arnuld Rebotini (Blackstrobe) DJs at Hiro (Free with RSVP)
*Fischerspooner DJs at Sullivan Room (Tickets) 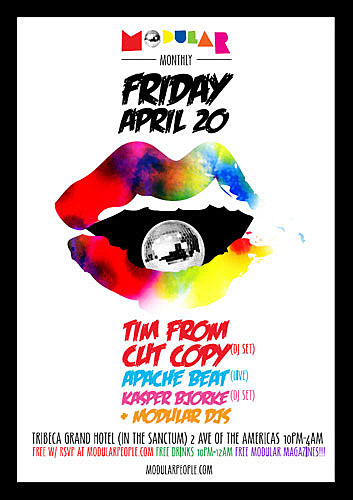 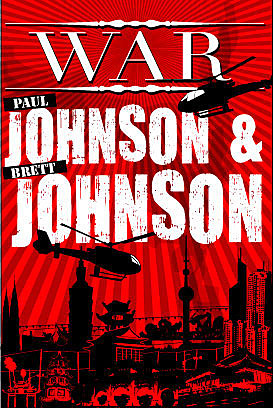 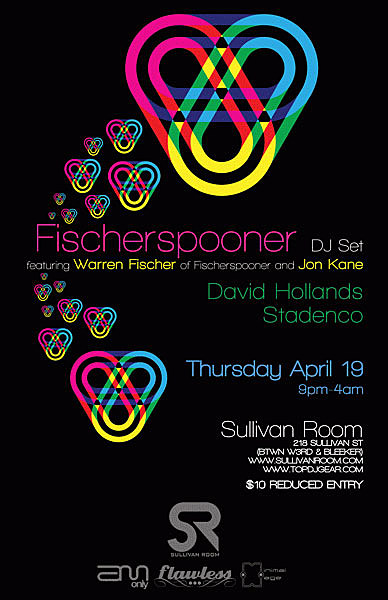 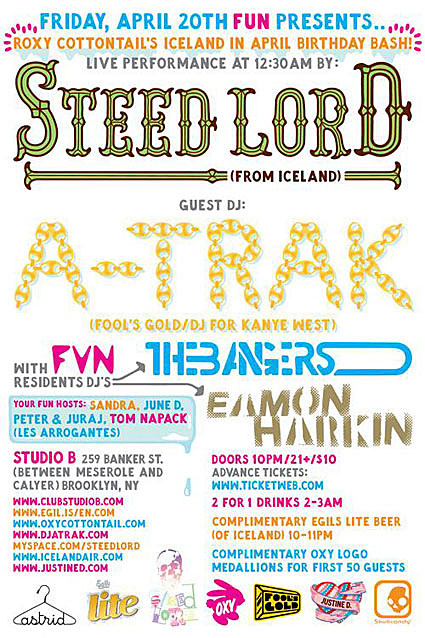 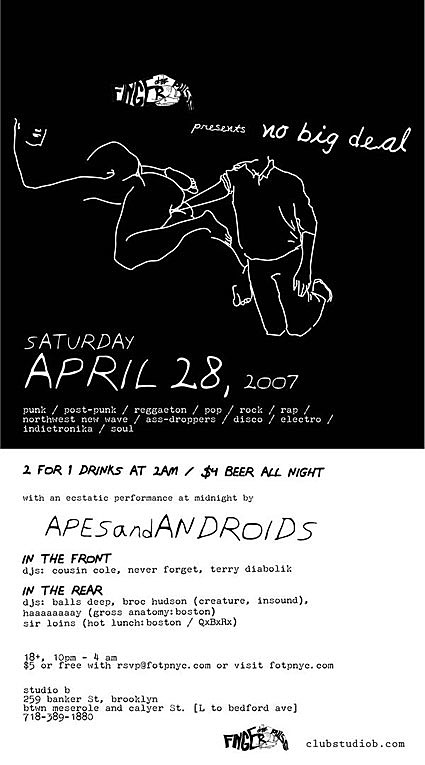