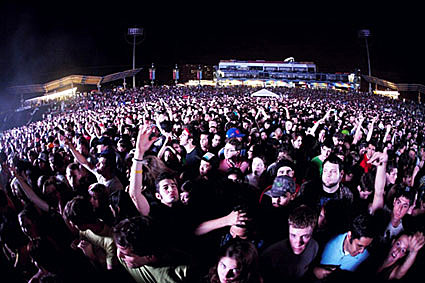 Daft Punk: What an incredible celebration of the power of electronic music. I can't say I've ever seen so many people dancing and smiling in New York. Whatever your background, whatever your experience with dance music, I think we all we were on the same page on Thursday night. I dance often, and I haven't danced that hard in a long time. You all know that dance music is awesome, but dance music with Robots, Pyramids, Tron visuals, and Kraftwerkian pagentry is sublime. In related news,

Daft Punk will in late November release a live album chronicling the June 14 Paris stop on its first tour in a decade, Billboard.com can reveal. The as-yet-untitled Capitol set will be available in a single CD edition plus a two-disc set which features the show's encore. As of now, no live DVD companion is in the works, according to the group.

And don't miss the screening of Daft Punk' movie Electroma at the Landmark Sunshine Theatre in NYC this weekend.

If big-time dance concerts are your bag (they should be after Daft Punk), you've got plenty to look forward to in the coming month. 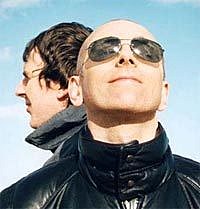 The only thing getting me over my Daft-over is Underworld in Central Park on September 14th. Underworld, in conjunction with their Tomato design collective, take the visual music experience to a completely different level.

Underworld are busy prepping their new album, Oblivion With Bells, for an October release. Prefix has the full tracklist, and a list of some their friends who helped whittle it down to eleven. Earplug previewed the album in their latest issue:

Karl & Rick have consistently been amazing at twisting contemporary sonic influences into something completely futuristic and amazingly poetic. Check out an awesome live video of Underworld playing "Mo Move" for Moscow.

The Chemical Brothers are another duo adept at channelling "the sound of now" into something uniquely their own. Two big NYC-area shows coming up, including the recently annonunced gig with Ladytron at McCarren Pool on Sept 22 (tix). If you haven't picked up their fantastic We are The Night album. Do it again. Lots of Chems goodies at their Astralwerks site, including an interview series and remix competition for their next single "Salmon Dance." Check out this video of Tom Chemical explaining why some tracks are more fun to play live than others (while Ed Chemical thinks about taking a crap). 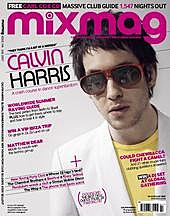