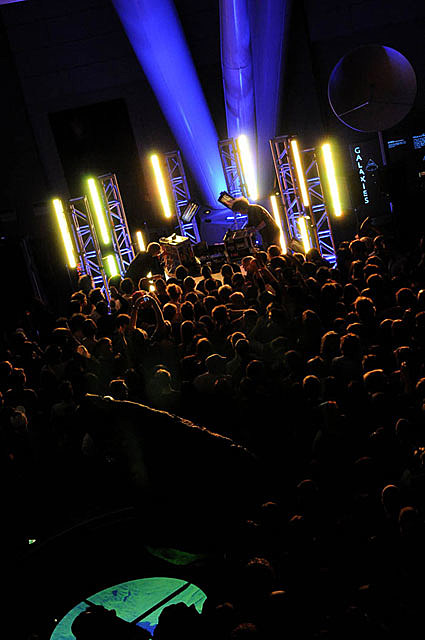 There's a lot of options for dancing in NYC this weekend. I've already highlighted Optimo at Studio B. Even more below..... 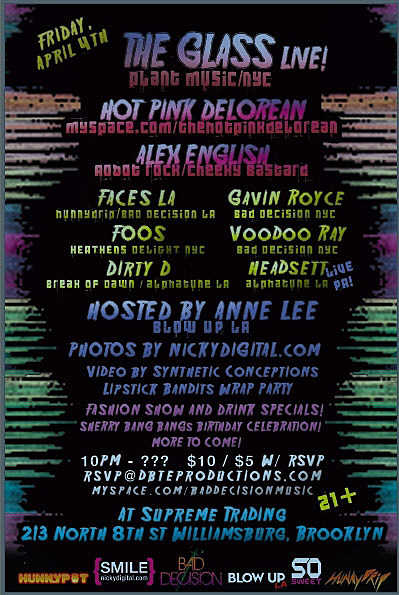 If you missed them at Hiro last week, the Glass are in New York again this weekend at Supreme Trading. Check out last Week in Dance for some downloads from the Glass to get you hyped. Also, DJ Wool (one half of the Glass) recently put together a Mid-Atlantic Mix that is quite good.

Maurice Fulton DJs at APT. Easily described as left of center, Maurice is one of the more complex and challenging electronic music producers (as you would guess from his work with his wife as MU). Maurice is also behind some of the more diverse DFA output: from his own remixes of Hot Chip and the Rapture, to his recent work as Syclops. Speaking of diverse, I spent a better part of last summer listening to the sleezy disco album he produced for fellow Sheffield-er Kathy Diamond. Maurice hasn't DJ'd in NY for over a year and, despite the complexity of some his production work, will be turning it out in the basement of APT. Check out Maurice's label Bubbletease Communications and their fantastic podcast. Highly reccomended.

Matthew Dear DJing the Spectral Residency party at the Bunker at Galapagos. Dear is fresh off his live music tour as Matthew Dear's Big Hands, will be celebrating his birthday and serving as the Spectral representative. This is in the back room at Galapagos and is a pretty rare chance to see Matt in such a small space. 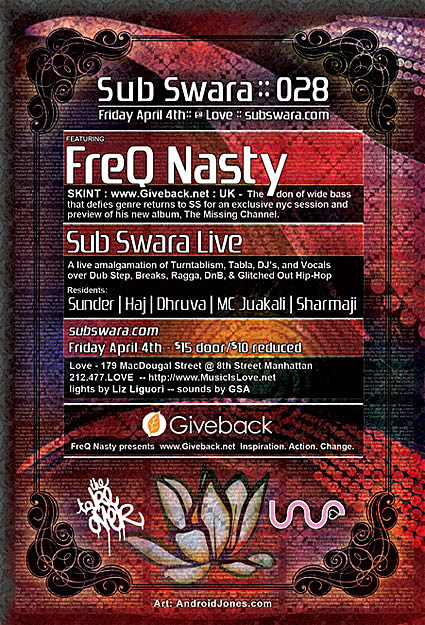 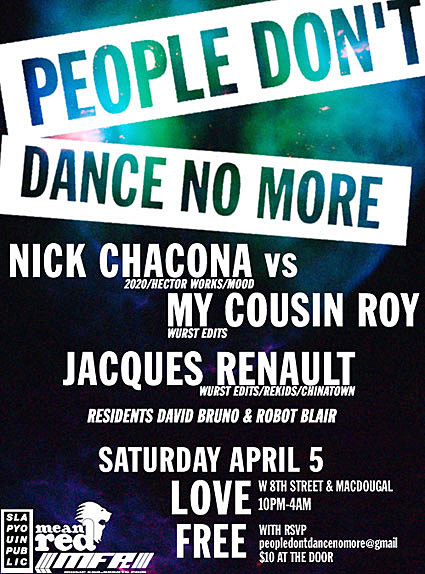 I can think of no better way to round out the weekend than with some good New Yorkers dropping some great disco jams - Nick Chacona,My Cousin Roy, Jacques Renault, Robot Blair, and (fellow BrooklynVegan 'Week in Dance' writer) David Bruno are all fully prepared to make you get down at Love. If you've never been there, it's basically a half blue-lit/half cave disco den. The sound system is insanely powerful - it actually moves your clothing. If you go protect your ears!

Free w/ RSVP to peopledontdancenomore@gmail.com or $10 at the door.