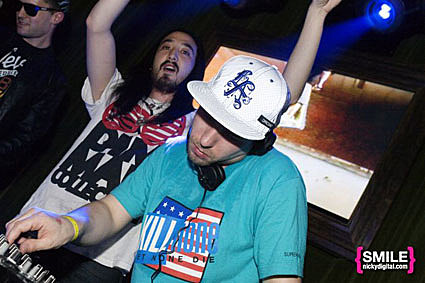 Lately I've hit a spell where deejays I am really looking forward to seeing are very disappointing. Last weekend the spell continued...

Saturday I was quite excited to see Justice's Xavier de Rosnay deejay at Le Royale. I'd had a great time hearing him drop a mix of very current dance music with tons of unexpected pop and classics at Studio B following the Oct. 20th Justice show at Terminal 5. Unfortunately something was missing at Le Royale on Saturday. For the most part his set can be broken down like this - the first hour was mainly electro tracks, the second was mainly pop. Things could have been a lot better if more of the electro and pop were played together, and if more new electro tracks were played - I still love the Soulwax remix of Justice's Phantom Part II, but I remember first getting really excited about that track last April.

Thursday night saw the same problem with Steve Aoki dropping all the standard electro fare, heard over and over for the past year. I left mid-set which I am pretty reluctant to do, but it honestly was that bad. Thankfully the night wasn't a complete wash as Sinden spun an intensely banging set of grimey, UK-styled tunes that had everybody losing it. A-trak's set that followed was good as well, but a little less intense. For me the highlight of his set was when he dropped the Fred Falke Remix of Golden Cage by The Whitest Boy Alive (download it above). 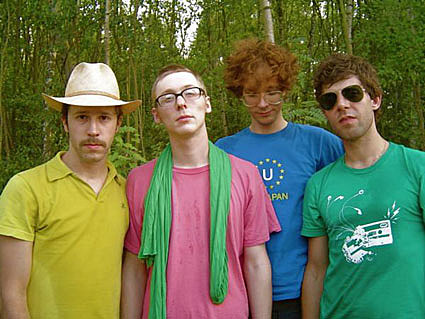 I've been a fan of The Whitest Boy Alive since I picked up their album Dreams about a year ago. The Whitest Boy Alive is a mellow rock/pop band that might remind you of a more upbeat, rocking version of Kings of Convenience due to Erlend Oye covering vocals for both bands. Dreams is a great album for spring - happy, hang out, enjoy the weather, music but not something I would imagine dancing to...until I heard the Fred Falke version. Leave it to a great French house producer to make a melancholy love song dancefloor ready. 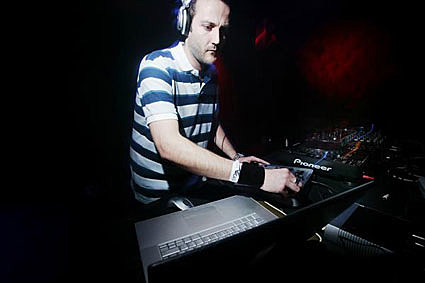 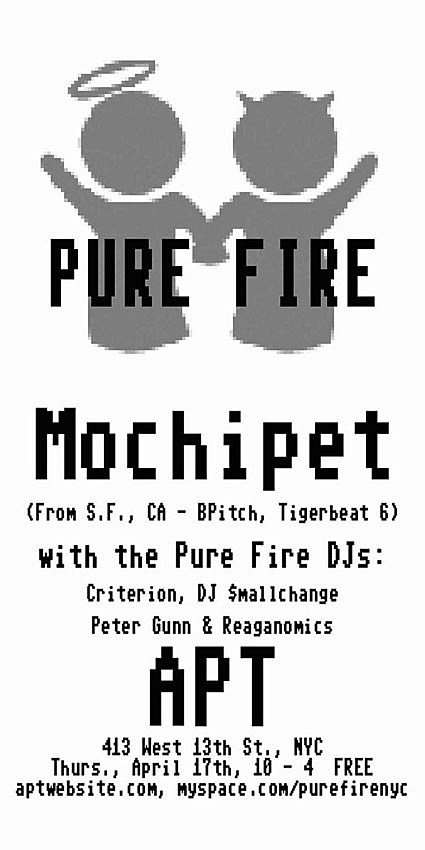 "For over a year, Pure Fire was known as the Tonic's premiere night for new beats and cutting-edge sounds. Now, with the revered venue closing, Pure Fire has found a new home at APT, bringing the hottest, off-kilter beats from around the globe together and apart. Come join resident DJ's $mall ¢hange, Reaganomics, Peter Gunn, N-RON and Criterion as they host a straight up mash of the best NYC has to offer--from dubstep, grime, and baile funk to dancehall, bootybass, and everything else you can think of. Tonight's guest is San Francisco's Mochipet, a Tigerbeat6 and Bpitch Control artist whose music is more fast and furious than Vin Diesel. Pure Fire--a singular night of music, dance and everything else in between. Come out and expect the unexpected."

For something less deejay-oriented, head to Knitting Factory for New York based band Radio 4, whose sound is often described as danceable punk. The band recently released their first new track since their 2006 album Enemies Like This, called Quit Hiding. It's available for free download on RCRDLBL. Advance tickets for Thursday night's show available here. 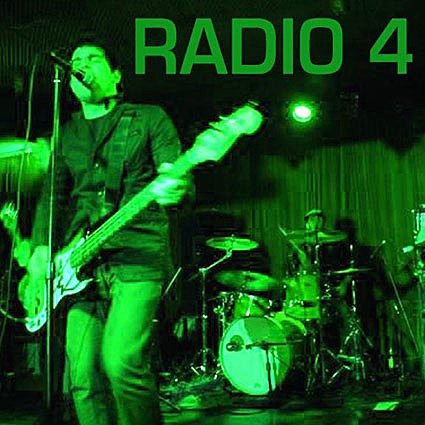 Fool's Gold is representing at Hiro again this week with recent signing, Treasure Fingers. He deejayed Finger on the Pulse's party in February and prepared a mix especially for BV which you can check out in that post. Devlin & Darko, and XXXChange of Spank Rock will also be deejaying. The first time I saw Devlin & Darko deejay, I actually just heard the majority of their set from a ridiculously long coat-check line. Fortunately what I heard was a good mix of classic tracks (Michael Jackson, Talking Heads, Bucketheadz) and recent electro. I imagine a full set would looks something like their Fabric Live album which was mixed by XXXChange. There are also several free mixes available for download on their myspace. 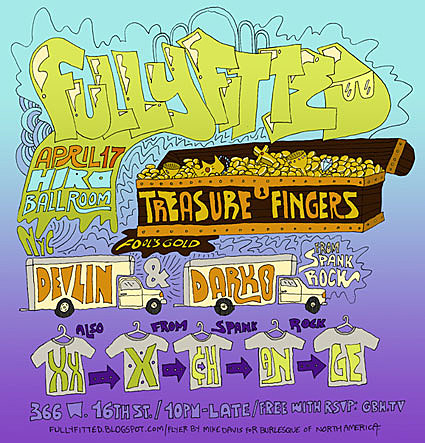