Part 1 talked about last week, and last night. Here's what else is going on this weekend in NYC... 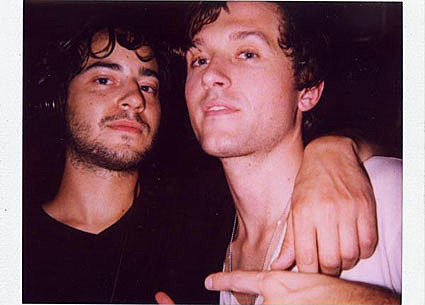 Justin Miller and Jacques Renault are at Savalas for Pure Magic on Friday night (tonight - April 18, 2008) . Resident deejays for what will hopefully be many more 205 Tuesdays, Jacques and Justin really know how to throw a great party and pack a floor. You are physically unable to resist getting down to their expert disco/house/who knows selections. Friday should be no different, plus they've brought in Max Wowch to add to the madness. Warm up your boogie shoes before you head out Friday night with a modern mix Jacques and Justin did as a part of the DFA Radiomix Series. 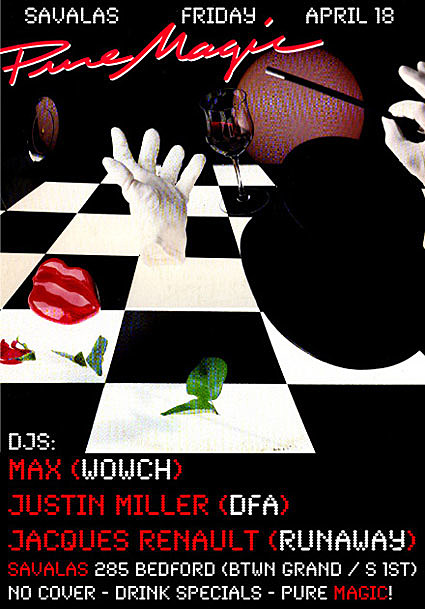 Also on Friday, DJ Spun and Tommy Moye of Rong Music make you sweat to everything from electro, house, disco, and funk, down in the basement of APT. 10pm, $10. APT resident Justin Carter welcomes Nick Chacona. From Nick's Bio:

"In a DJ capacity, Nick is as versatile as you will find. He began DJing over 12 years ago strictly playing reggae but shortly thereafter fell in love with house & disco. He has played across the US from NY to San Francisco, as well as Brazil, Germany, Belgium, Holland, and the UK. He truly understands the fundamental aspect of a party is FUN and it's quite apparent when he's in the booth!" 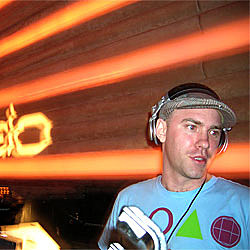 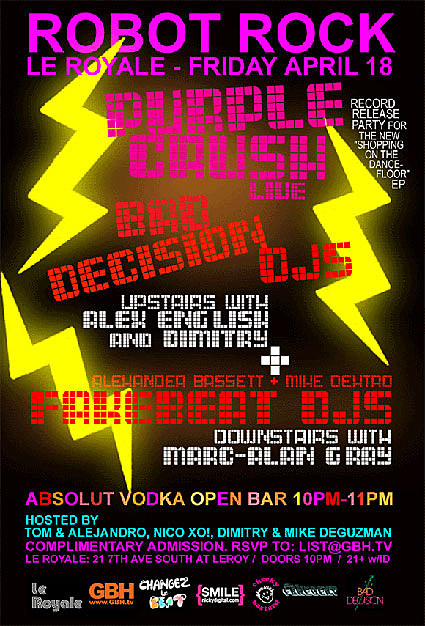 Email list@gbh.tv with your name and number of guests for free admission.

Purple Crush, Bad Decision DJs + dance bloggersFakebeat deejays. It's the album release party for Purple Crush's Shopping on the Dancefloor EP which features remixes from Krames, Shir Khan, Mike Genius, and AC Slater (who killed it at the awesome showcase Palms Out Sounds put on in March). You can download his version here.

Side note: Harrison Schaaf (who was at the Palms Out showcase as well) has done a great remix of the track 'Haha Mate' by Ching Ching which is dropping on Beatport today. Give it a listen! 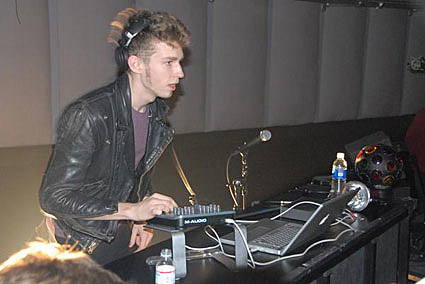 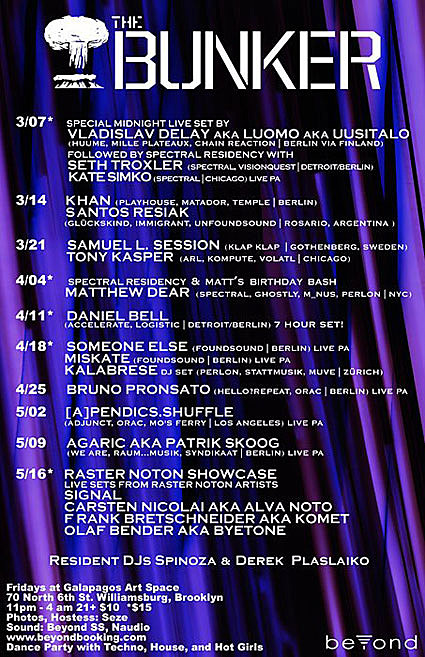 The Bunker at Galapagos presents a preview of the Communikey Festival:

"The Communikey Festival of Electronic Arts is a three day event facilitating the exposure of global digital media to both local communities and traveling enthusiasts. Seven music performances held at a variety of Boulder venues will showcase digital creativity in the form of visual art and music by diverse artists from around the globe. Coupling art and panel discussion, the festival hosts a full day of forums and five audio-visual installations to present an enriched cross section of artists who reflect the current horizon of digital media arts. With an eye on global issues, this unique festival emphasizes sustainability in a technology based culture. Hosted in one of the nation's greenest communities, the Communikey Festival of Electronic Arts will create a space for dialog around technological and ecological responsibility."

on a related note: The Bunker (as you can also see on the flyer above) is the same party where Matthew Dear lost his hard drive.

Saturday zombie deejay, Kavinsky is deejaying at Studio B. After experiencing a great set from him during CMJ I am looking forward to seeing him again, but originally I was really, really looking forward to seeing SebastiAn from Ed Banger who hasn't played New York since the Daft Punk show and afterparty in August. The new stuff to be released on his Motor EP on April 28th sounds great. Unfortunately a few days ago I started to notice his name missing from the party info on a few sites, and amidst the hubbub over the rooftop garden (with retractable glass) Studio B updated the info on their site:

"After touring with Daft Punk on the ALIVE effort, Kavinsky has been influential to the rock-rave subculture with remixes of The Klaxons and M.I.A., original productions and other unforgettable tours with Justice and The Rapture. Regretfully, SebastiAn has dropped off the tour." 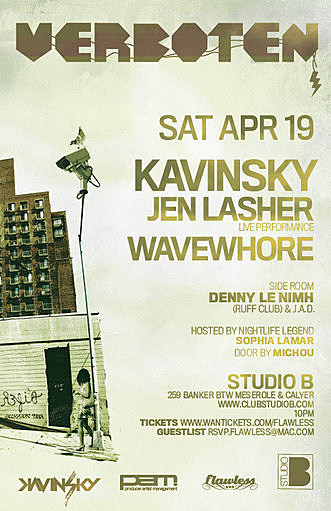