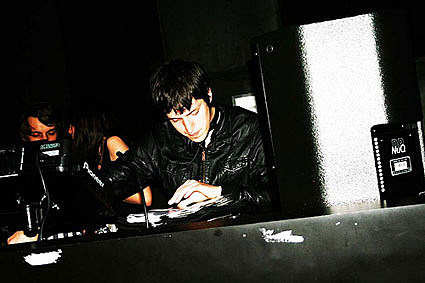 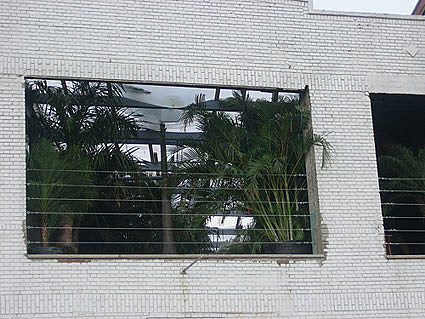 Early Friday evening (May 9, 2008) Midnight Juggernauts hit Bowery on their North American tour along with Shy Child and Holy Ghost.

The next logical choice would be the official Midnight Juggernauts afterparty which also happens to be a stop on Turbo Recordings' Omni Dance Tour. Turbo is a great electronic label based out of Montreal with some impressive releases from the likes of Chromeo, Boys Noize, and Tiga just to name a few. This time around they are bringing D.I.M. whose amazing tracks "Is You" and "Airbus", as well as his remix of the Presets' "My People", have been cycling through all the electronic music blogs with good reason. Label mate Thomas Von Party will also be deejaying. You can download a number of Thomas' mixes through the Sid Loves Turbo podcast which is produced by Montreal design collective, Sid Lee and Turbo Recordings. New York's own poppy, funky, rockers, 33Hz round out the bill with a live performance..... 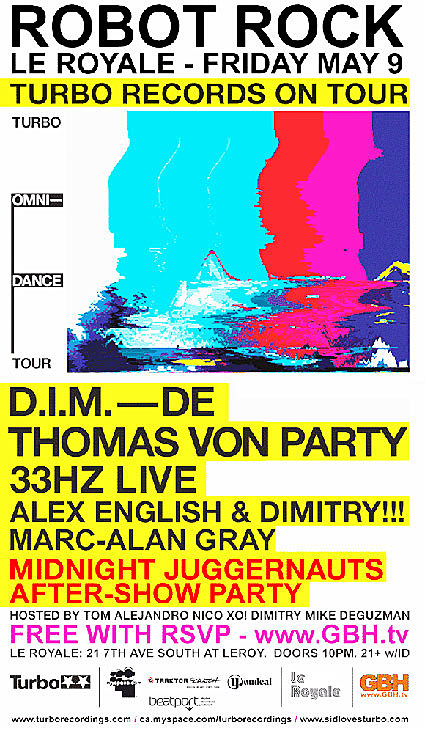 Email list@gbh.tv with your name and number of guests for free admission.

In addition to several mixes by artists on Turbo Recordings, the Sid Loves Turbo podcast features some mixes done by friends on other labels. One such mix was recently done by Oskar Melzer whom Thomas Von Party describes as, "...a club-owning, Schnitzel-eating, trendy- DJ'ing, Lufthansa-traveling young man with impeccably great taste." 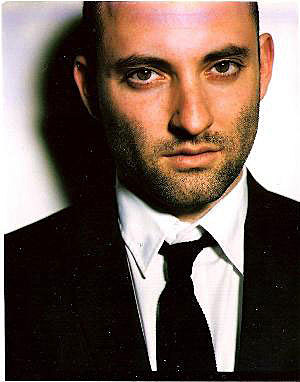 The mix is just what you need to prepare for option #2 for later on Friday evening: Stop Progress! Max Pask welcomes Oskar Melzer for his one-year anniversary at APT. 10pm / $10 / (house, techno, electro, disco). 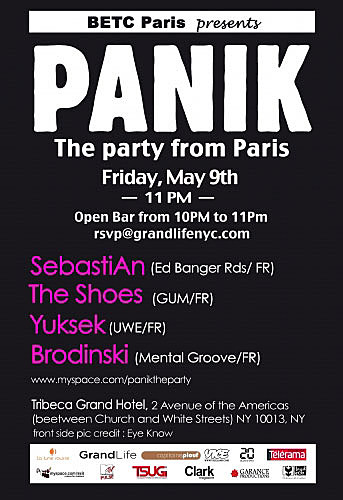 When good deejays pass through the Tribeca Grand things tend to get pretty crazy over there. That combined with the party being on a Friday will hopefully bring some excitement that was lacking at the half-full Studio B Wednesday night.

Fixed is back at Studio B once again. JDH and Dave P are bringing in a bunch of artists from Germany's Get Physical label to help XLR8R celebrate their 15th Anniversary. XLR8R is a great publication. Learn a little bit about how the magazine was started in this interview with XLR8R founder, Andrew Smith.

In addition to it being a celebration, it is also a stop on Get Physical's North American tour. The tour has featured a variety of acts from the German label thus far with M.A.N.D.Y., Heidi, and Audiofly scheduled to deejay Friday. M.A.N.D.Y. co-owns Get Physical with Booka Shade and DJ T. For an idea of what you might be in for, take a look at M.A.N.D.Y.'s top ten tracks for April on Resident Advisor. Get Physical has also created a site specifically dedicated to the tour which features bios, tour diaries, and some promo mixes from the artists on tour available for download. 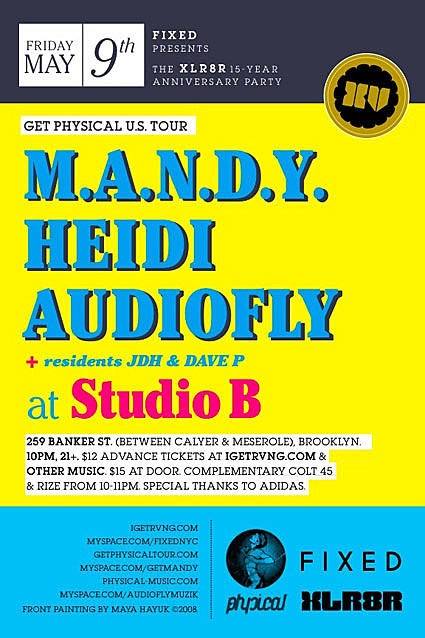 Fool's Gold and Re:UP celebrate the release of their 15th issue at Trophy Bar. Dave-1 of Chromeo (who's featured on the cover) will be deejaying along with Egg Foo Young, Queen Majesty, Barthalona From Ibitha, and Brougham D'Elegance. Free with RSVP, $5 at the door.