Fake Blood is not Soulwax

I took two nights off after my early start Wednesday night, leaving me eager to hit the B Saturday night for a party that featured a nice mix of deejays that were both familiar and new (to me). I arrived in time to catch the tail end of Van Scott's set which featured a dancey Lykke Li remix, a super-voded mix of Little Boots' "Meddle" (which I later found out was by Treasure Fingers), and lots of other recent tracks.

Franki Chan followed with an excellent mix of some tracks I didn't recognize along with some new favorites including Whomadewho's "TV Friend" (one of the remixes that just came out at the end of last month) and a lovely hybrid version of the Soulwax remix of the Chemical Brothers' "Hey Boy, Hey Girl" that featured the original "super star deejays" vocal sample instead of "2manydj's" but as far as I could tell, retained all the instrumental parts from the Soulwax remix.

Princess Superstar took the evening in a highly dancey meets retro direction, dropping some current stuff mixed with some updated, oldie but goodie classic 90's tracks. Her set segued into Larry Tee's with the pair performing a live version of their hit "Licky" that's had dancefloors freaking out since last winter. Larry's set had everyone getting down and remembering what an innovator the pioneer of electroclash was and continues to be.

The night ended with a bang that unfortunately, hardly anyone was left to see: Nadastrom absolutely killed it. I'm not sure what specifically was great about their set ...it might have been the song selection, excellent mixing, just the right amount of wobbly bass...but one of the most satisfying elements of their set was the enthusiasm the pair maintained as the not too big to begin with, Studio B crowd dwindled down to a few handfuls of people:

Nadastrom at Studio B - December 6, 2008 (thanks to TheMusic.FM for the video)

Nadastrom's On Drugs Remix of Tittsworth's track "WTF" has been generating quite a bit of buzz lately. Stretch Armstrong enjoyed it so much that he recently did a re-edit of their remix which you can download at the top of this post, as well as Eli Escobar's remix of the track. Some Tittsworth tour dates at the end of this post.

From the looks of things a similarly awesome weekend is heading our way this week. Friday night there's so much going on, you're bound to find something that makes you want to get down, plus a few great options for Saturday & Sunday will have you dancing right through to next week. Here's what's up for Friday (12/12):

I've been on the fence about what to do Friday night ever since I found out about these two events: 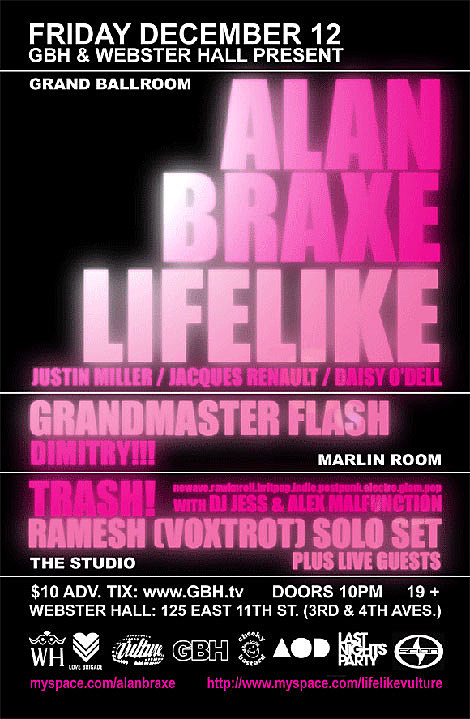 At Webster the bill is totally stacked. There are classic French sounds coming from Alan Braxe. Lifelike is doing new stuff (download his remix of the Presets' "This Boy's In Love" at the top of this post) with a classic French flavor (which makes sense as his new release out in February is co-written/produced by Alan):

Justin Miller & Jacques Renault will be bringing the disco and Grandmaster Flash and Daisy O'Dell will be bringing all sorts of jams to get you moving. Check out Jacques' new release, "Use Me", (under his Runaway moniker with Marcos Cabral), the latest on Wurst Edits, at the top of this post, and if you like it be sure to pick up the Wurst Edits #6 12" (+ a free tee!) from Turntable Lab. You can also download Grandmaster Flash's unique take on Midnight Juggernauts' "Into the Galaxy" and three mixes (electro, disco, & boogie) from Daisy O Dell to get ready for Friday night at the top of this post. 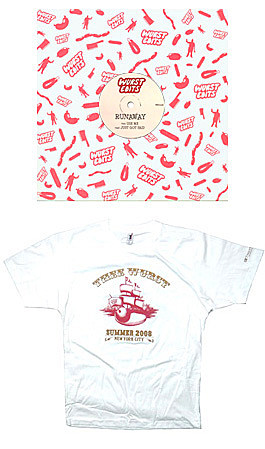 Here's where it gets tricky: 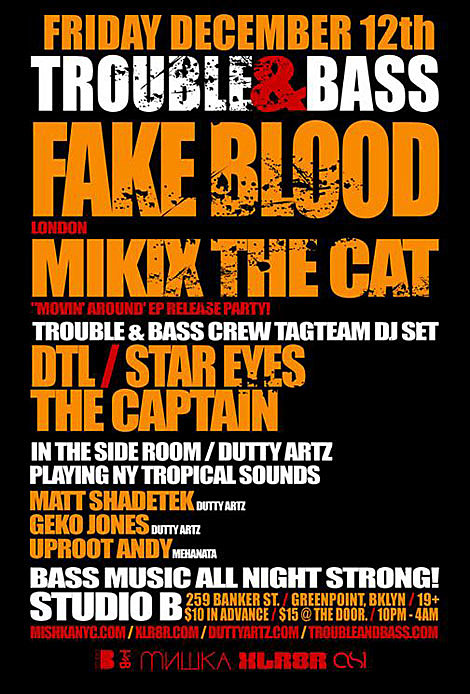 Who is Fake Blood?!?! Have you figured it out by now? In any case, Fake Blood has lent his unique production style to a number of electronic artists' tracks this year from Armand Van Helden to Little Boots to Underworld, each remix better than the last, not to mention his own killer tracks "Mars" and "Blood Splashing".

His set at the B Saturday will technically be his US debut though he's deejayed here under a different name before...and was great. Mikix the Cat will also be there, celebrating the release of his Movin' Around EP. In the meantime (at the top of the post) you can download the Kanji Kinetic Remix of "Freeze" from Mikix's Freeze EP which was released in September and is available at all the usual digital suspects (Beatport, Juno, Dancetracks Digital, Turntable Lab, iTunes).Drop the Lime, Star Eyes, and the Captain from Trouble & Bass will be deejaying as well. Download the Captain's Holiday '08 Mix at the top of the post and check out the tracklisting below: 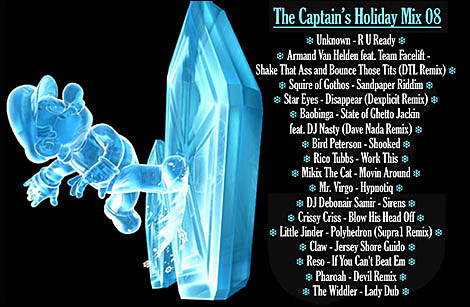 And just to make deciding that much more interesting...Fake Blood, Lifelike, Franki Chan, and more will all be deejaying at Plan B on Tuesday (more info on that at toward the end of the post)! Decisions...

(Un)fortunately (depending on how you're looking at it) that's not even half of what's going on Friday.

There are also a couple of good events happening at Le Poisson Rouge.

Early in the evening:

Kieran Hebden (aka Four Tet) & Steve Reid are performing as part of the Wordless Music series and celebrating the release of their new album NYC which you can read more about here.

Later on that same evening at LPR there will be a live set from Glitch Mob:

the four-man sonic onslaught of ferocious bass, head cracking drums and infinitely complex rhythms. Their live sets reinvent the dj "tag-team" concept with four performers on stage at once, interacting like a jazz combo, each taking the lead at intuitive moments, interweaving their own sounds, and remixing everything on the fly. The result is a sound distinctly their own, blending the deep head nod of hip-hop with serious bass music, throwing genre distinctions out the window. Taking a nod from the resurgence in the instrumental hip-hop "beats" movement, the Glitch Mob has injected a great sense of dance floor sensibility into the scene and crafted their own niche as new school dance floor destroyers. 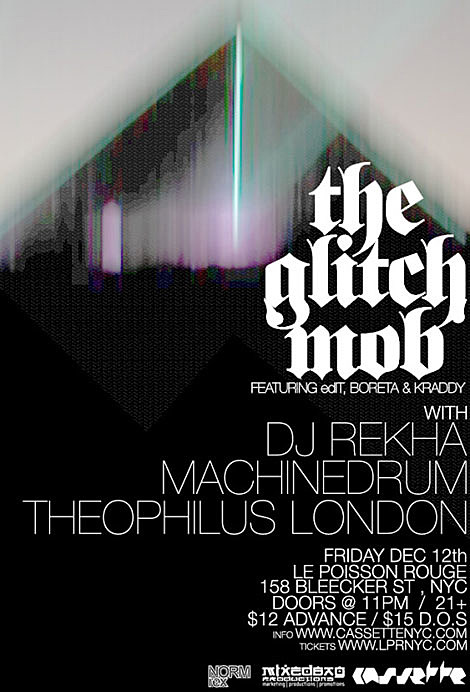 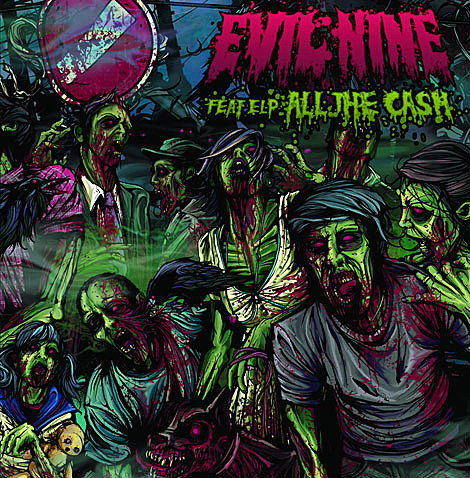 Download the Glitch Mob's remix of "All the Cash" by Evil Nine at the top of this post. Also check out the Evil Nine North American tour dates below:

Sharegroove is happening at Royale: 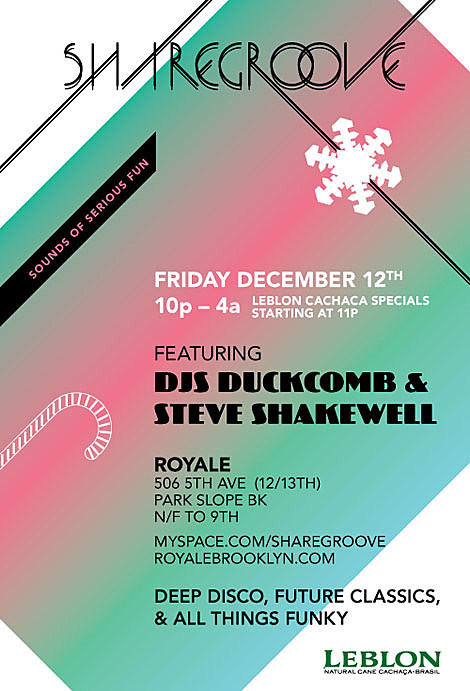 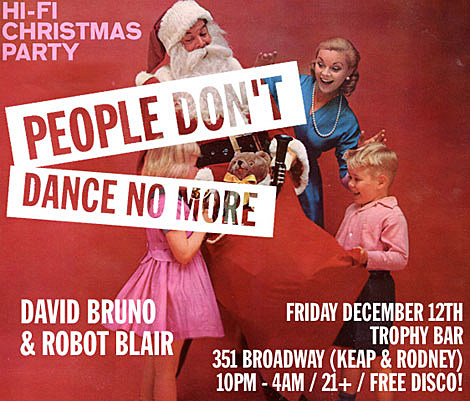 We all need a stiff drink this holiday season, so call your friends and come in your fuzziest 70s apres ski sweaters. We'll dish out disco sugar plums.

Robot Blair and David Bruno will be the ones making you get down. Check out the Trophy Bar podcast for some of their past sets, as well as others who have deejayed there.

Moby's great Degenerates party is back, only this time it's at Le Poisson Rouge instead of Hiro. Moby's called in Drop the Lime, AC Slater, and JDH & Dave P to help celebrate the release of his album Last Night Remixed. Tracklisting for the album and party info below. Also check out a recent discussion Resident Advisor had with Moby about some of his favorite tracks. 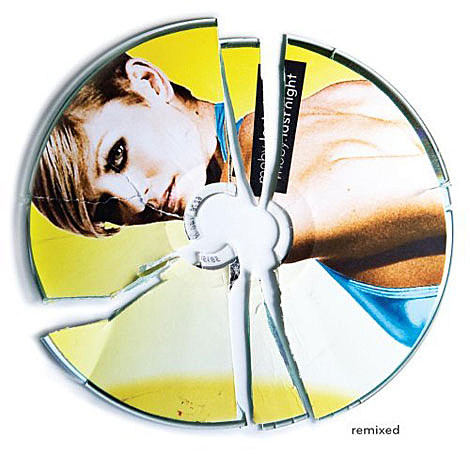 Another great dance option for Saturday night is happening at Studio B. As I already mentioned, last Saturday at the B was awesome. With John Acquaviva and Duke Dumont headlining, plus DJ's Are Not Rockstars residents Alexander Technique and Van Scott getting things started, this Saturday night is sure to be another good one for getting down at the B. Download a recent mix from John at the top of this post (tracklisting below), plus a brand new track called "Airtight" from Van Scott's production team/band with Jad Cooper, Drlkt Freddie. 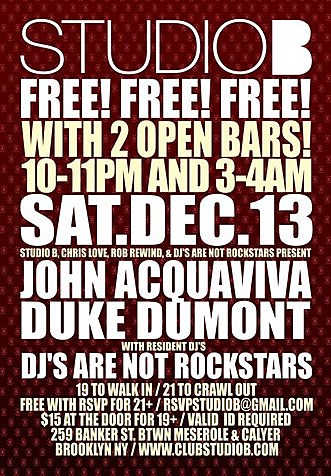 Here's what's up for Sunday into next week:

Sunday (12/14)
- Discotheque Sundays with Neil Aline is downstairs and free at Santos.
- Carl Craig is at Cielo.
- Seth Troxler, Shaun Reeves, and Derek Plaslaiko are at Bar 13.

Monday (12/15)
- Juan Atkins and Francois K are at Cielo.
- Giant Step is hosting their second to last Monday night party of the year at the Hudson with special guest Jazzanova. RSVP here. 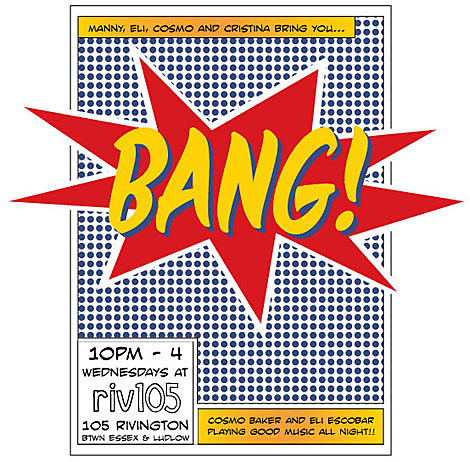 With so much going on, it's quite possible that you might forget that tickets for the upcoming David Byrne show at Radio City Music Hall on February 27 go on sale this Monday (12/15) at 12 noon EST here. Don't forget! Hopefully Kermit will help you remember: 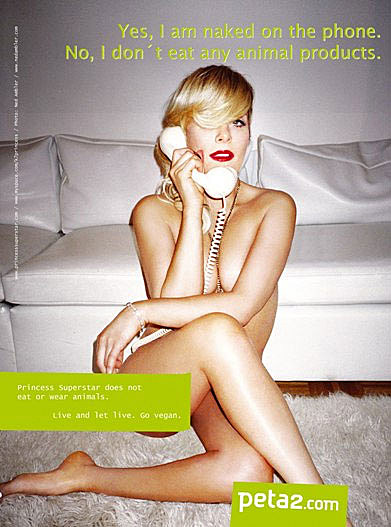