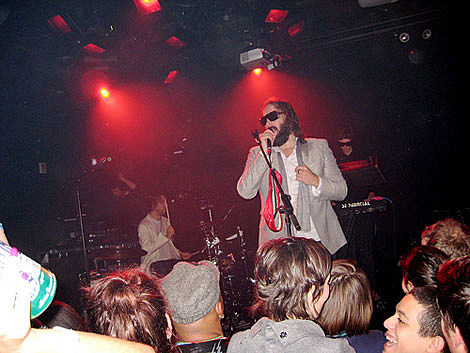 From Tuesday my week in dance hit a slight hiccup. Thursday night (12/11) it was pouring when I arrived at Le Poisson Rouge for Sebastien Tellier and despite not waiting outside long at all, I still entered the venue sogggy. Unfortunately I also arrived just in time to see Hearts Revolution. I've seen them once before. I'm fine with their beats and I like some remixes of their tracks, but I find their shows to be atrocious (ouch - ed). It's mainly due to Lo's singing which is shrill and unpleasant to begin with, but the lead vocalist's unnecessary commentary which included complaining about the bright stage lights this time around (and wanting to go home and go to bed the previous time I saw her) was not helping matters. Thankfully their show was pretty short and Sebastien Tellier was on not too long after.

While Sebastien Tellier had my Tellier fanatic-friends and I bugging out when we last saw him at Hiro, this time around the experience was much more subdued. The stage show was a little toned down - less pelvic thrusting and fun with the microphone. I brought a Tellier-virgin along and was concerned about what he was thinking of Frenchman... Though everyone seemed really into it, and it was still a decent show, my distance from the stage, and concern that my friend was/wasn't enjoying himself, and a slightly less outrageous performance, made his show at Le Poisson Rouge fall short of the madness I experienced at Hiro in July.

Luckily things picked right back up where they left off Friday night... 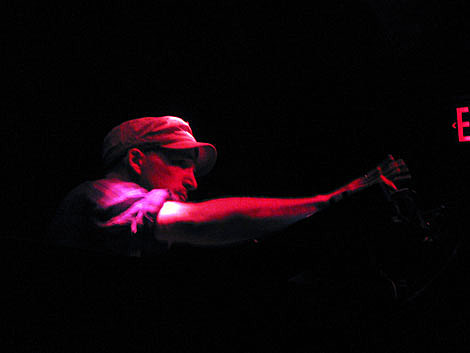 I made the very difficult decision to skip Alan Braxe at Webster Hall and instead opted to see Fake Blood at Studio B. Despite arriving to a not too crowded Studio B around 12:30 I was feeling good about my decision. The Trouble & Bass deejays had the people who were there getting down, and Mikix's the Cat's set that followed touched on a number of genres, somehow perfectly balancing elements of B-more, melody, and grime into a mix that was as easily listenable as it was danceable.

At 1:30 Fake Blood, who I think I can finally say is DJ Touche (1/2 of the Black Ghosts) without getting anyone in trouble, began what was an hour and a half of great beats linking together one after the other of his excellent remixes, as well as other tracks that were given the Fake Blood treatment on the spot via some of the more creative scratching and sampling I've heard in a long time. 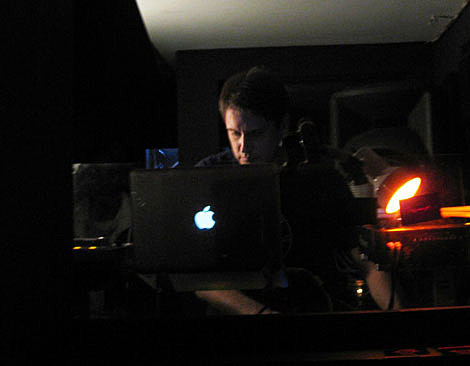 Fake Blood was so awesome I went to see him again at a very packed Plan B on Tuesday. He did not disappoint - but the crowd leaving right after his set was over did. They missed out on a great, melodic, updated French house set from Lifelike and some expertly chosen tracks from Franki Chan that I unfortunately had to abandon mid-set for the sake of getting some sleep.

Last week will be hard to top, but I think there are definitely some options for this week that make it a possibility....

Friday night (12/19) Fool's Gold is throwing a great party that gets started nice and early (9pm). There will be free booze, good tunes to get down to, and by the time it's all over (1am) you'll still have hours to spend on some other dancefloors. All the info is below, plus Nick Catchdubs' (who is one of the deejays on the bill) December Top 10:

- Wurst man, My Cousin Roy is at APT, deejaying in the basement with Jesse Mann. Check out last Week In Dance for a download of Wurst Edit #6 - "Use Me" by Runaway.

- the DFA Holiday party is at Le Poisson Rouge

- DJ Harvey, master of disco and house (among other genres), is at Love: 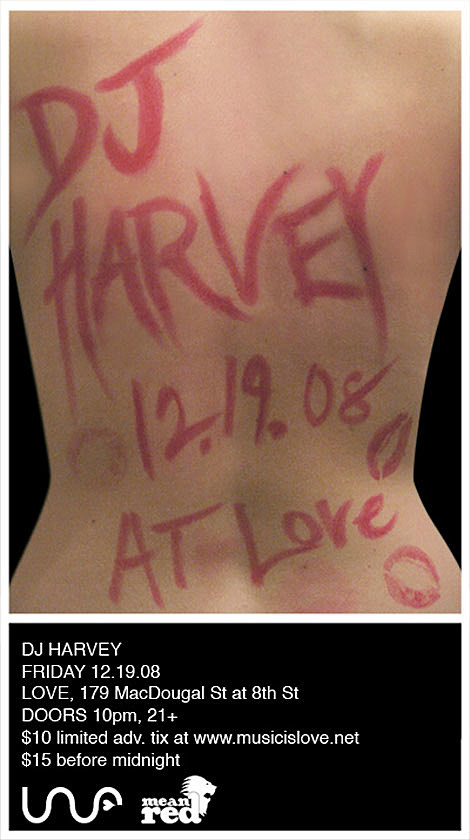 - If you missed 'em a few weeks ago, LA Riots are deejaying Robot Rock at Le Royale: 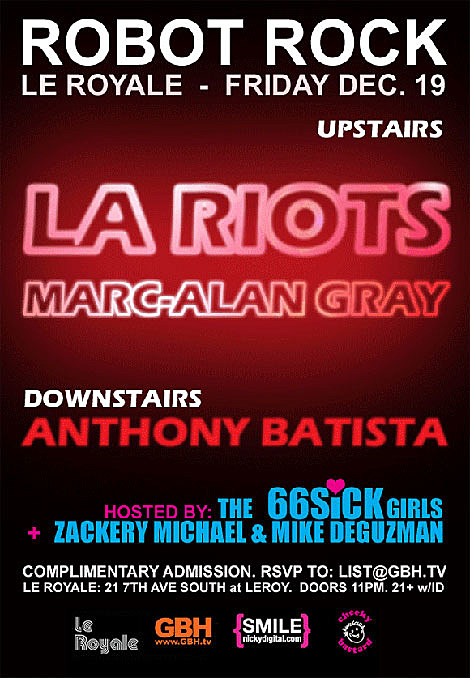 Free with RSVP (name and number of guests) to List@GBH.tv. Tell the door person you are on the GBH Guest List.

- DJ Jus-ed is at this week's Bunker at Public Assembly. Info below, also check out a recent interview with DJ Jus-ed over at Resident Advisor, plus his Underground Quality Radio Show on Radio Myhouse-Yourhouse: 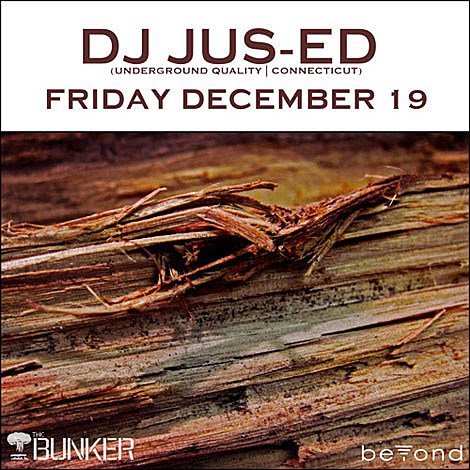 Saturday (12/20) the great guys from Fixed (JDH & Dave P) have put together an awesome $2 Bill Holiday Party with In Flagranti to close out their partying for this year (though they've got plenty scheduled for '09 already including Max Tundra, Lindstrom, and Little Boots!). 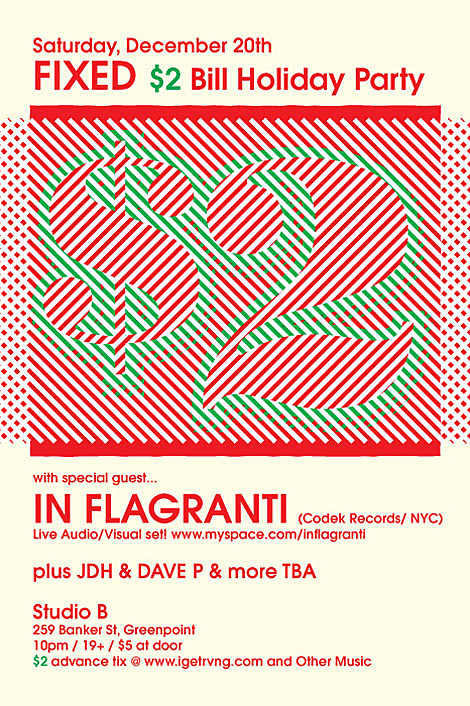 Also on Saturday - the Rub are having their 3rd Annual Warehouse Party with special guest deejays TBA: 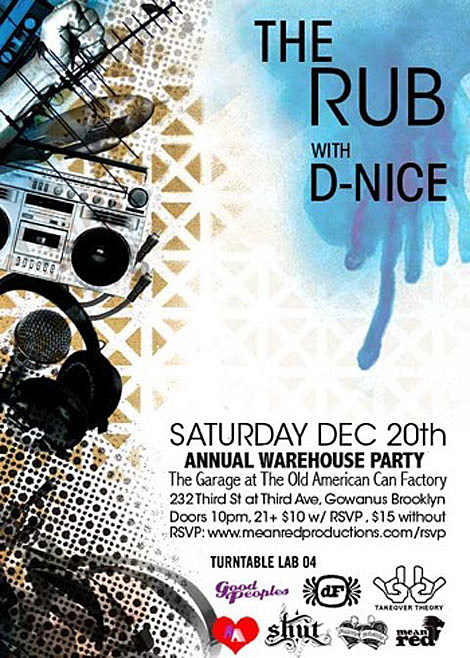 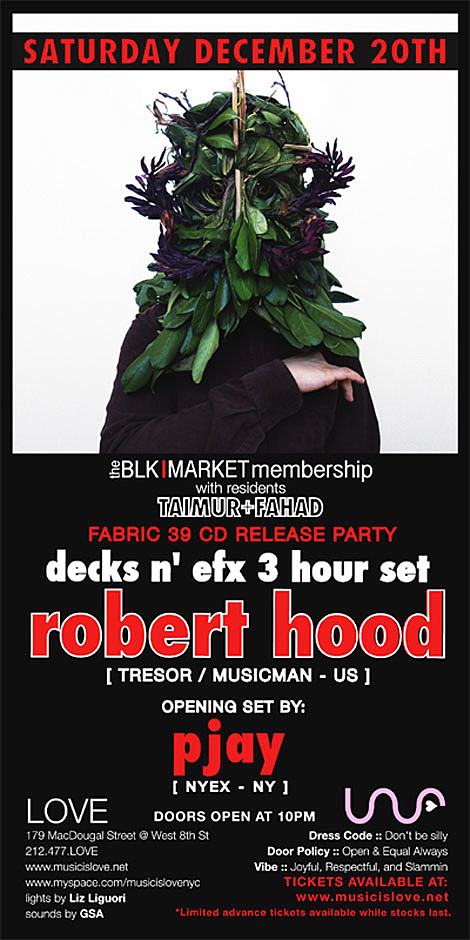 - Mark Ronson and Aaron Lacrate are at Webster Hall: 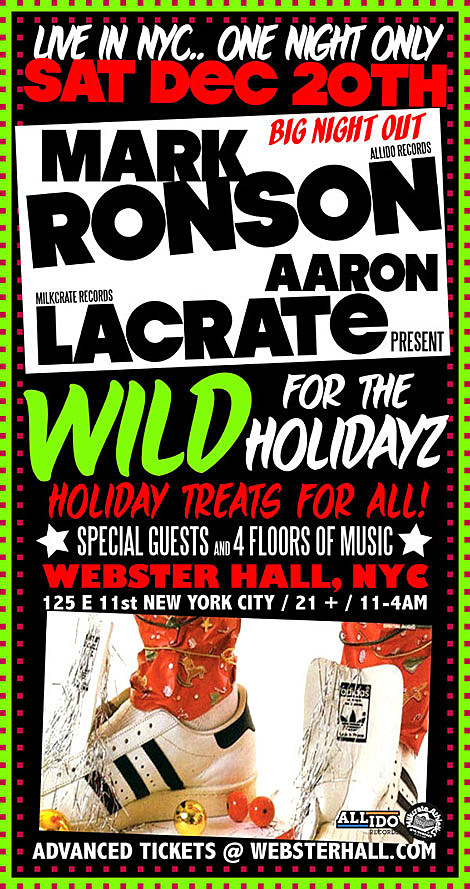 Here's what's going on Sunday into the beginning of next week:

Sunday (12/14)
- Discotheque Sundays with Neil Aline is downstairs and free at Santos.
- Frankie Knuckles and Danny Krivit are at Cielo

Monday (12/22)
- Francois K is deejaying for the entire night at Cielo.
- Giant Step is hosting their final Monday night party of the year at the Hudson with special guest Vikter Duplaix. RSVP here.

There are already a lot of great parties and events coming up dance-wise for the new year, but this is one I just found out about and am really looking forward to: 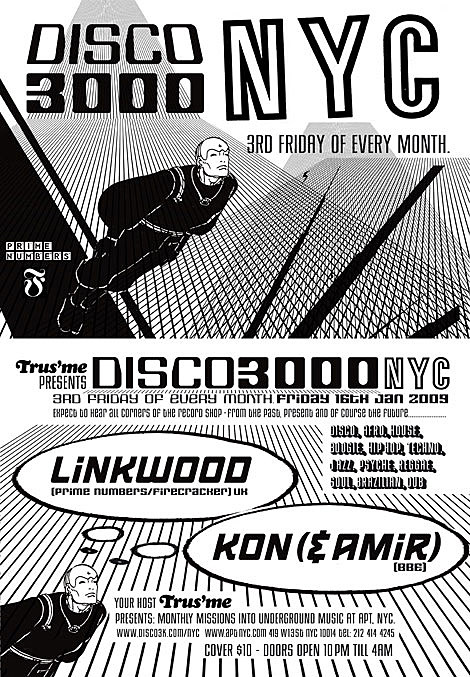 Having been completely unfamiliar with Trus'me's work, I first saw him deejay at the Yard this summer on a whim after liking what I'd heard from him while writing the Week In Dance.

From the beginning of his set at the Yard I was hooked immediately as he was playing some great housey, discoey tunes that were perfectly suited to the hot outdoor party and had everyone out on the floor.

A couple of months ago, I managed to sneak away from the CMJ madness to see him deejay at Le Souk - he had the place absolutely packed and getting down at 1am on a Tuesday night, right at the beginning of CMJ.

Trus'me is doing something right and I am sure this party at APT will be no different. Check out the latest Resident Advisor Podcast and interview with Trus'me to get a better idea of the beats that you're in for and what the man behind them has been up to. Mark your calendars - this is just one of many awesome things headed our way for next year, but if you like house, disco, and "all corners of the record shop" you definitely won't want to miss this.