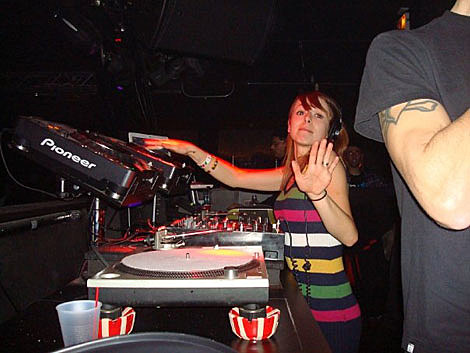 On New Years Eve I ended my two week long dance-less streak, arriving to a very full and fun Studio B whose NYE bash was in full swing at 1am. Sinden was already on, but I didn't really have a chance to get pay attention because I lost my jacket and was spent the first hour I was there looking for it. I temporarily gave up the search so I could hit the floor and attempt to enjoy the music. The timing was great as I was able to catch Jokers' of the Scene's set right from the beginning which was a wonderful, upbeat, thumping, crunchy, well-balanced mix of mostly new stuff - I recognized maybe 5% of their set which is becoming more and more rare.

After Jokers, Reid Speed played a good set that was a lot of fun incorporating some current electro with old favorites (ie Prodigy), some Nintendo samples, and total oddballs (Diddy/whatever he's calling himself now - Bad Boy For Life) which worked surprisingly well. The ridiculous bill for the evening was far from over, but the dj (who I didn't recognize) after Reid's set started playing a lot of Jungle which I wasn't into, so I called it an early night (for New Years Eve anyway). 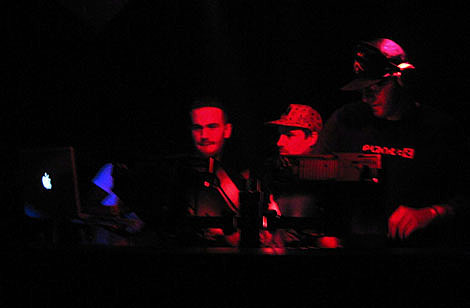 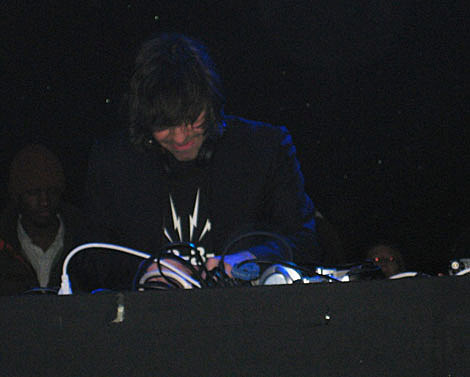 New Years Day flew painfully by and before I knew it or was ready for it, I was out again to see One Man Party (aka Steve Slingeneyer, drummer of Soulwax). After unexpected train trouble, I arrived to a comfortably full Webster Hall a bit later than intended, but still in time to hear an hour or so of Steve's set. I hit the floor just as he dropped Soulwax's edit of "A Fifth of Beethoven" by The Walter Murphy Band, which was followed by a relentlessly banging mix of very recent, with some less recent, but still good electro, much of which was Soulwax/2ManyDJ's tracks/remixes. Here's some of what Steve played:

Though this week is a little less exhaustive than usual in terms of dance options, there's a lot coming up later this month. Find at least some dancing to do this weekend (maybe go outside your genre comfort zone and try something new) and prepare for some much wilder weeks ahead: 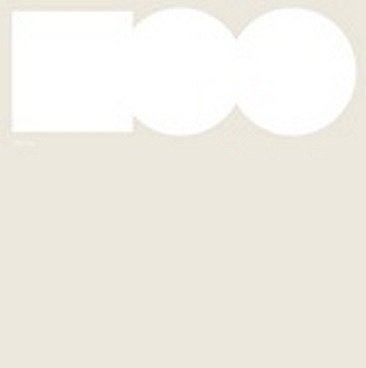 Get Physical at Cielo Thursday night (1/8) where the label's Danish duo, Djuma Soundsystem are deejaying. Get Physical recently celebrated their 100th release back in November and marked the occasion with a compilation featuring a variety of their artists including Djuma. More info on the release, GPM 100, here. Event info below: 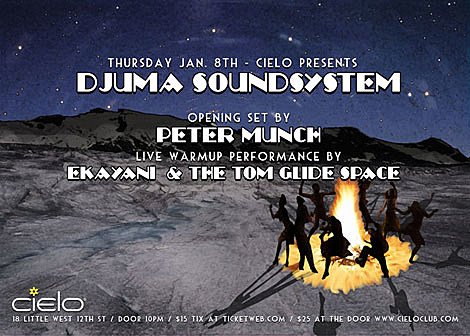 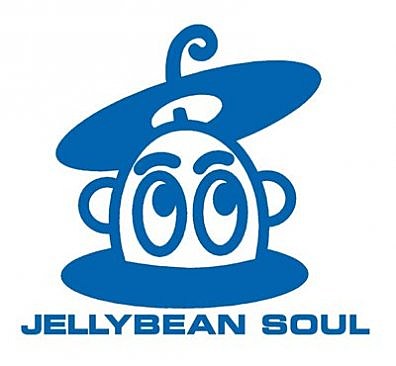 Friday night (1/9) Jellybean Soul and Ain't Nothin' But a HOUSE party present Feel the Spirit, a 5-hour set with Jellybean Benitez at Sullivan Room. Check out his podcast here.

You can also hear some house at Cielo Friday night where Sebastien Leger will be bringing some of the more crunchy/techy variety. 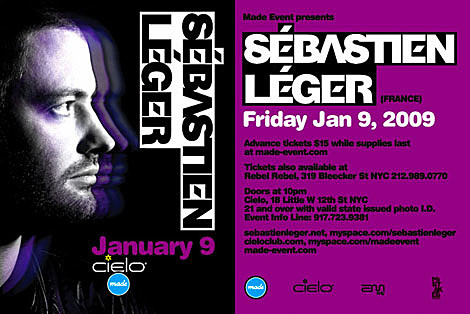 If you're more in the mood for techno, this week's Bunker (celebrating its 6th anniversary) features Marcel Dettmann:

His sound is deep, raw, uncompromising techno, with heavy nods to both the classic originators of the genre (Carl Craig, Juan Atkins, Basic Channel) and newer producers on the cutting edge of today's sound (T++, Sleeparchive, Shed, Luke Hess). 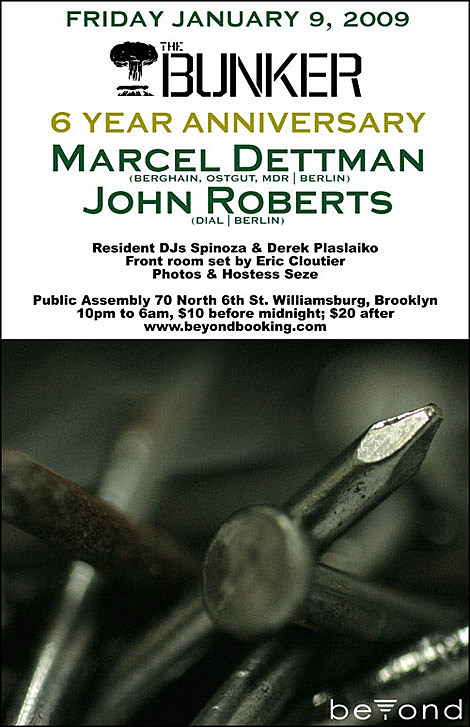 Also in Brooklyn, Robot Blair and David Bruno will be throwing down disco and other dancefloor delights at Trophy Bar to celebrate 2 years of People Don't Dance No More! 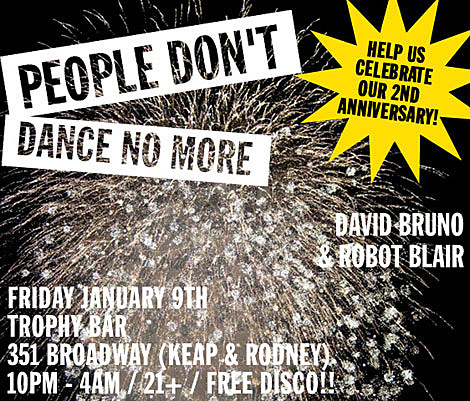 The disco madness continues into the weekend: 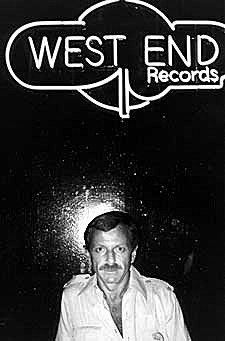 Saturday night (1/10) Keep On Dancin' 09, a charity event remembering Mel Cheren with the music of The Paradise Garage is happening at Santos. Mel (who passed away around this time last year) was one of the financial backers of Paradise Garage and heavily involved in the New York disco scene. More info on "The Godfather of Disco" and the event here. Line-up and ticket info below: 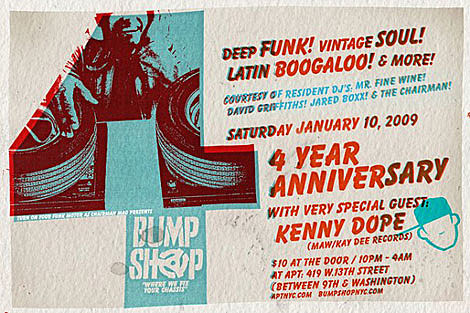 Also on Saturday night, the Trouble & Bass crew continue putting together interesting line-ups for our dancefloors. A couple of my favorite DFA-ers, Holy Ghost will be bringing their new disco to Studio B, plus Lemonade (who recently played the Annex) will be performing live, and Maggie Horn will be performing Curses! new track "The Deep End" in celebration of the release his EP of the same name, out soon on Institubes. 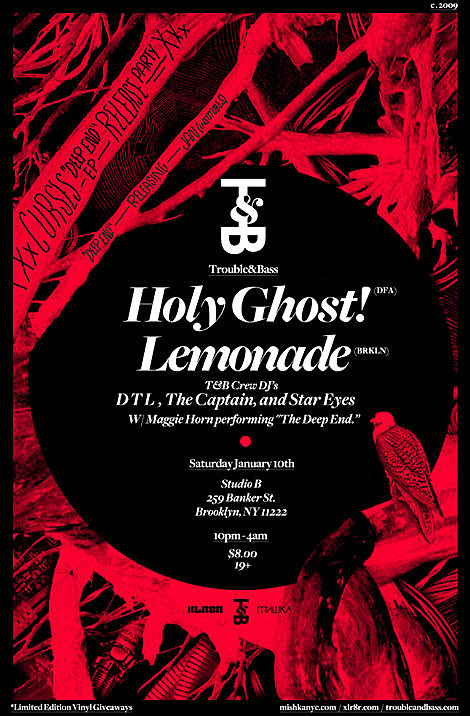 Sunday (1/11)
- Discotheque Sundays with Neil Aline is downstairs and free at Santos. 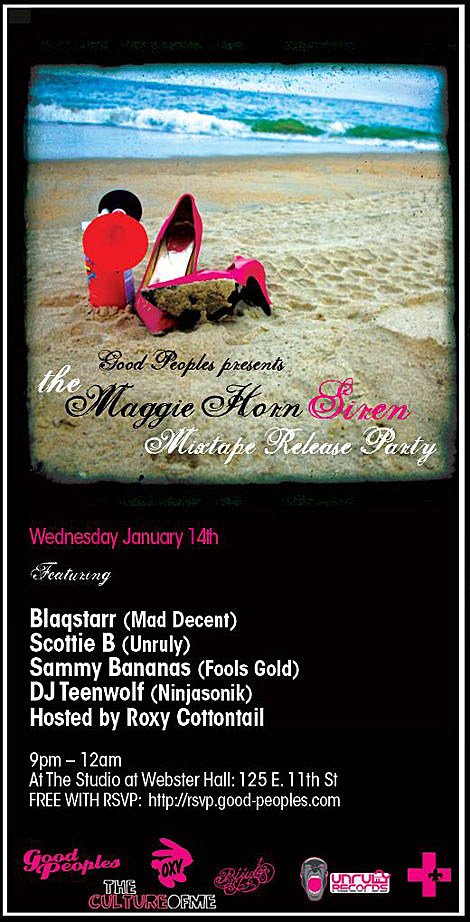 Me neither...and conversations/album reviews that are like that drive me a little crazy sometimes, but I recently read a snippet of a review (that only used 2 bands in the explanation) and was dead on:

"What we have here is an strikingly mature, at times touching debut release where an understated Detroit sentiment wins the day over brain numbing decadence. Think of the best moments from Felix's Kittenz and the Glitz and mix in the intricate soundscapes of the Avalanches and you have in your hand one of the most original, interesting and thoughtful Australian releases this year" 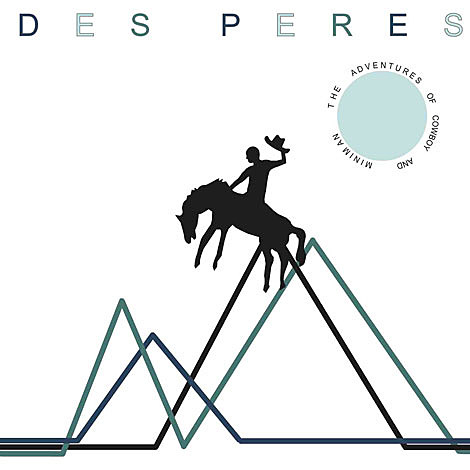 While the snippet was from a review of an album that was released 4 years ago, the description holds true and still gives a pleasantly accurate picture of Des Peres' most recent release, The Adventures of Cowboy and Miniman, which I highly recommend. Check it out, relax, and get ready to dance more next week...