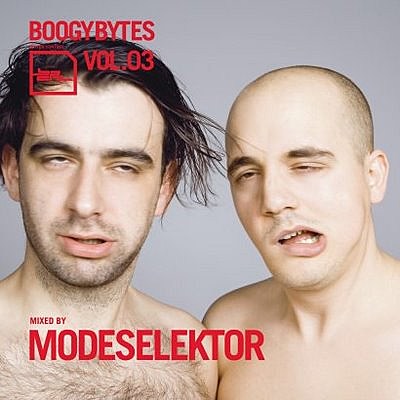 Hopefully you've already got your dancin' shoes on - and no intention of taking them off. Saturday alone has a ton of danceable events going on, plus a there a few things happening after Saturday to ease you into next week.... 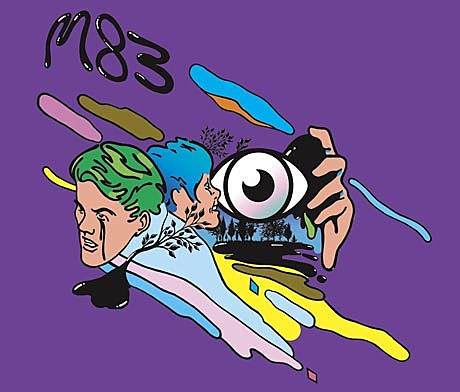 Probably the most mellow of the acts performing on Saturday - m83 is going even more mellow than usual with a special ambient opening set, prior to their usually atmospheric yet rocking main performance.

I'm not sure how the set times are going to break down exactly...but you maaaybe could go to both the m83 show at the Fillmore and Modeselektor at Bowery Ballroom...I wouldn't chance it though. You also would most probably miss Housemeister opening a decidedly German dance party at an unlikely (but pleasant & highly underutilized) venue for one. Housemeister creates high energy electro with a heavy techno hand and Modeselektor remain impossible for me to pin down.

The past two times I saw them last year, the duo's set had much more of a performance as opposed to a dj feel. The pair are very interactive with the crowd and capable of knowing just how to juxtapose the highs & lows of their set to drive everyone absolutely insane and desperately wanting more by the end of the hour or so. *highly recommended*

Download their Resident Advisor mix at the top of this post and check out their December chart here.

If you're still ready for more dancing after that the move is clear: 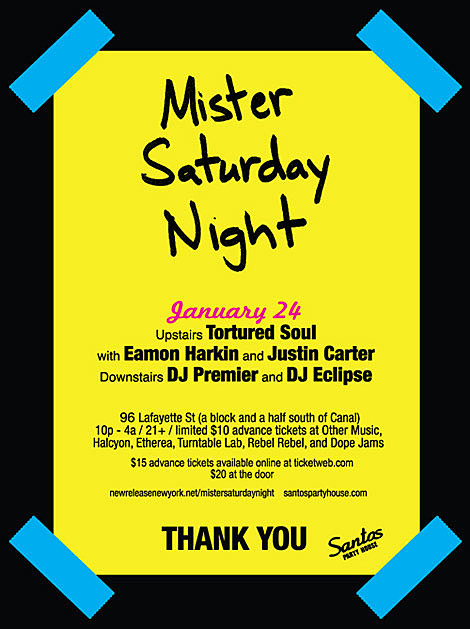 Santos is boss for getting down. Their system is brilliant and I have been dying for a really good excuse to get back there ever since the Ete d'Amour series ended. Based on the line-ups so far, it looks as if Eamon Harkin & Justin Carter have created just that. With emphasis placed on crafting an evening combining both deejay sets and live music (and obviously serious fun), the party leaves little to be desired. This week's line-up is no exception.

Tortured Soul is a great live dance (more specifically house) band. Sandwich them between some deejay sets by Justin & Eamon (plus DJ Premier & DJ Eclipse downstairs if you want to change it up) and there's really nothing missing.

Some other great options to consider for Saturday:

ESG (who you can read more about here) will be performing at Le Poisson Rouge, plus JG Wilkes from Optimo will be deejaying as well as Sal Principato (Liquid Liquid), and Matt Cash (DFA).

10pm, 18+. Advanced tickets available here. Also, if you just want to see JG Wilkes deejay after ESG finish performing, there is an option to buy a separate ticket for that here which has a door time of 1:30.

AND...we have a pair of tickets to give away for this event!

TO WIN A PAIR OF TICKETS TO SEE ESG email BVCONTESTS@HOTMAIL.COM(subject: ESG). A will be chosen at random and contacted.

For something more funk & soul driven, Bite the Apple with deejay sets from $mall Change , Sharegroove, and Twilite Tone plus a live performance by the Budos Band at Vanishing Point. 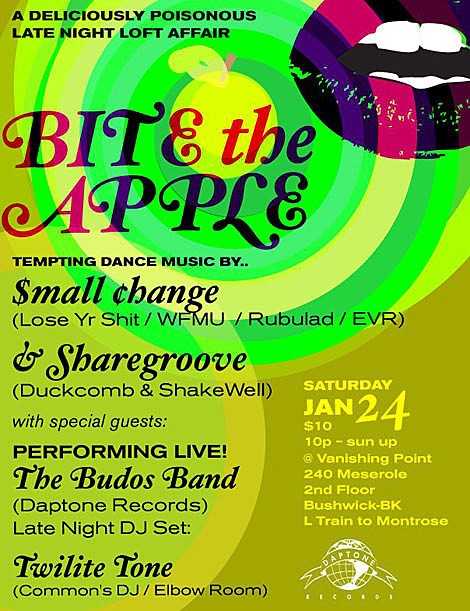 Also in Brooklyn...there's a party called Poor Sellout happening in Williamsburg (at Monkey Town) that looks interesting, particularly Char Johnson who is the voice of Simian Mobile Disco's "Hustler". More info on the party & line-up below: 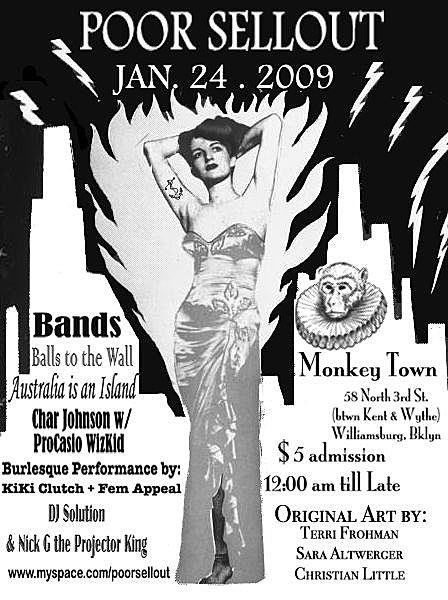 Poor Sellout is finally back like fig newtons! No better way to get warm then dancing to some great bands. This winter wonderland fiesta is giving you a night of live experimental music and visual art mayhem.

If you liked Simian Mobile Disco's "Hustler" then come see the vocalist Char Johnson who will be playing with the Pro Casio Wiz Kid. Balls to the Wall is another band that includes Marina Benedetto and Jesse Gold they mix up crazy drum machines and electronic insanity with amazingly dark vocals. I would compare them to Sheffield's Human League and Cabaret Voltaire. Brooklyn's own, Australia is an Island, will be pulling out some hot electro madness. Dj Solution will be keeping the double dutch alive along with Nick G the Projector King! I also heard whispers of beautiful burlesque dancers and a Dark Beckett performance! Wooohooooooo!

Cielo is celebrating their 6th Birthday! 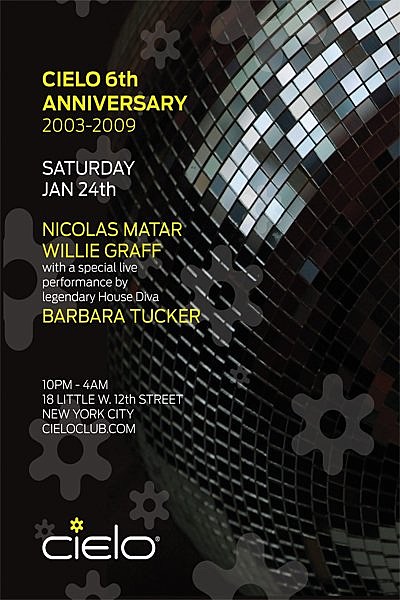 Made's Save the Cannibals series kicks off with Steve Bug and Eric Cloutier at Rebel. Info on Saturday's party and the entire series below: 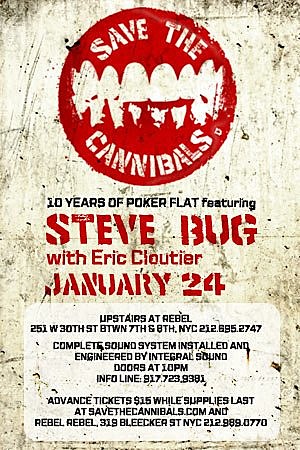 Sunday (1/25)
- Discotheque Sundays with Neil Aline is downstairs and free at Santos. 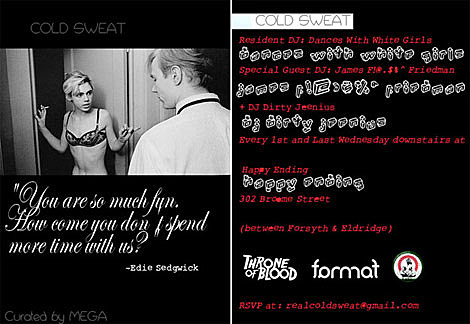 Saturday night I'm planning on going to Modeselektor then Tortured Soul. When I was talking to a friend yesterday I realized that the last time I saw Tortured Soul was last March, and the last time I saw Modeselektor...was last March...on the same night! Then I got all freaked out...not sure if it would qualify as deja vu...definitely a strange feeling though. Check out a great video that definitely has some deja vu-ey weirdness going on and post your weirdest deja vu (concert-related or otherwise) in the comments:

Only This Moment by Royksopp