Earlier this week we talked about the new Ed Banger comp, and the tour they're doing to promote it with Justice, DJ Medhi, Sebastian AND Busy P all making their way through the U.S.A. Did you get your ticket for the NYC show yet?

Now go download this mix Busy P did on a French radio show over at Fluokids, and then get some tracks off the new comp. at (Music is my) Occupation 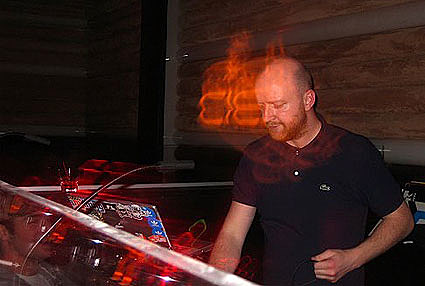 Switch killed it last week at Cielo. Using a fully loaded Ableton Live setup, he twisted and chopped the familiar into the brand new. Fidget house is what they call it, and it truly is completely ADD, rarely consistent for more than a few minutes. Coolest thing about Switch is how he really crosses scenes/genres with ease. He had indie kids, hip-hop dudes, and house-heads bouncing like mad. I hear he'll be making a few US stops mid-March. Stay tuned. 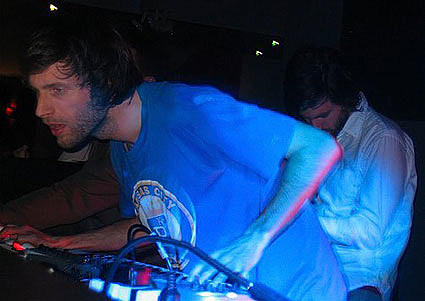 Saturday night saw Lindstrom bring his space disco live show to Studio B. I was really blown away with how banging his set turned out at the club. Even taking a listen to the live set I posted last week, I wasn't sure if it would really move the masses at Studio B. To everyones delight, space disco sounds more like Astro Techno on a huge sound system. Studio B was PACKED with crazy kids really getting into his sound. JDH & Dave P keep the momentum going on Feb 23rd with special guests OPTIMO. 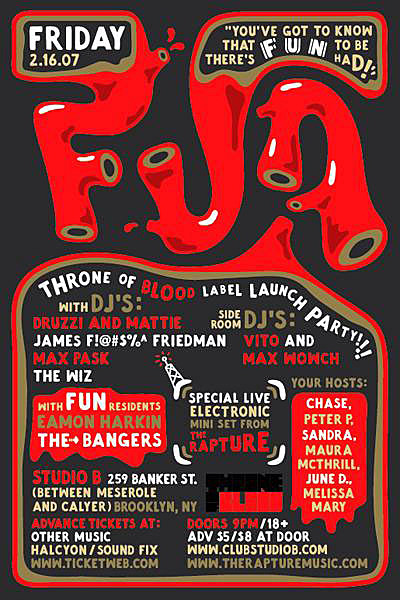 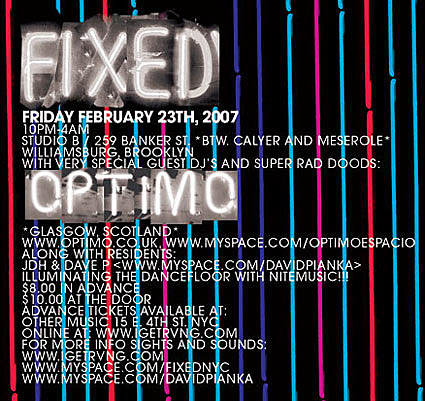 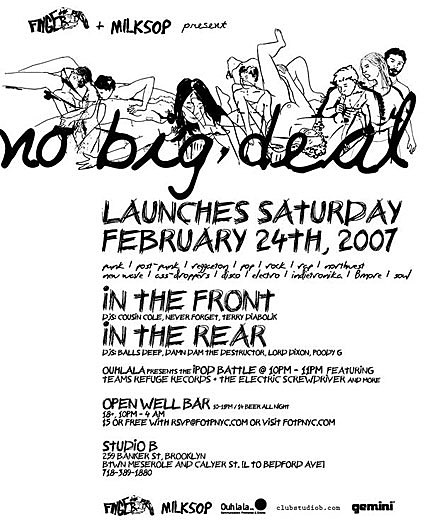