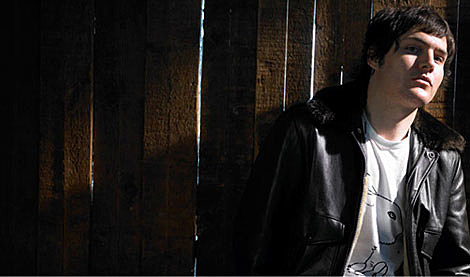 Continuing from Friday and heading into Saturday night, or should I call him Mister Saturday Night?...

Back at Santos, Eamon Harkin and Justin Carter continue to bring it, this time with James Lavelle, Omar S (check out a recent interview over at RA), Project Jenny Project Jan, and the Twilite Tone:

The quotable Matthew Herbert is deejaying at Studio B. I didn't see him the last time he deejayed here, but someone told me it was great. Some background on Herbert and event info below:

Restless innovator, sampling wizard, classically trained pianist and superstar collaborator, MATTHEW HERBERT is one of electronic music's most versatile and prolific figureheads. Recording under his own name as well as Doctor Rockit, Wishmountain, Radio Boy and others, Herbert has also produced and remixed artists as diverse as Björk, REM, John Cale, Roisin Murphy, Yoko Ono and Serge Gainsbourg.

An alchemist of avant-garde sound in the tradition stretching from Stockhausen to the Aphex Twin, Herbert combines playful pop sensibility with a strictly imposed experimental agenda. In his increasingly conceptual and political albums he has emerged as a unique figure in modern music: a kind of one-man Radiohead, or a Brian Eno for the 21st century.

Josh Wink is deejaying his album release party at Sullivan Room. Check out a great Q & A, which includes more info on his new album When A Banana Was Just A Banana, and a link to his recent BBC Radio One Essential mix over at Rhythmism. Party info below:

At Le Poisson Rouge, you've got two options for getting down on Saturday:

For the $10 Reduced Admission Guest List:
Email gbh@gbh.tv with your name and number of guests.When you arrive, tell the doorperson you are on the GBH Guest List.

and, happening for free in the gallery bar at Le Poisson Rouge:

Also on Saturday, Save the Cannibals is into its third week at Rebel, this time featuring Matthew Dear (playing a special 5+ hour set) and Derek Plaslaiko:

One last option for Saturday:

The Rub are at Southpaw:

Here are some events for Sunday, into next week:

Sunday (2/1)
- Discotheque Sundays with Neil Aline is downstairs and free at Santos.
- Airdrop is throwing a party at Bar 13:

Monday (2/9)
- A special edition of Deep Space with Francois K is happening at Love.

Ending this week on a very, very vaguely dance-related note - I saw Findlay Brown perform at Pianos this past week and he was awesome. On his MySpace he lists the following as his influences and his sound channels a number of them pretty well:

The entire performance was great and he ended the show with an acoustic version of one of his own tracks as well as " Mystery Train" by Elvis which he played in the middle of the crowd. Download a Dimitri from Paris remix of one of Findlay's tracks, plus some original versions at the top of this post. Also be sure to check out Pilooski's edit of "Promised Land" over at RCRDLBL.