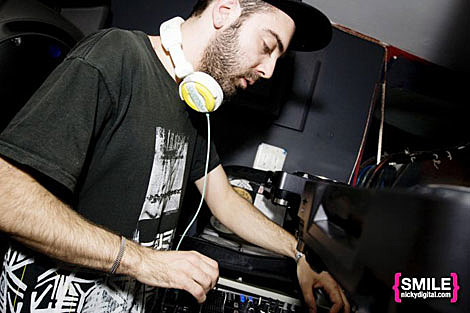 Last week in dance wound up being pretty amazing despite being off to a rough start (literally). Friday night Webster Hall was packed to capacity - the Justice hype is still alive. Only half of the duo (Xavier de Rosnay) was scheduled to deejay as well as Busy P. Around 12:30 Busy P opened his set with a punk song followed by "Cut Dick" by Mr. Oizo. This immediately reminded me of his set at Le Royale last March which consisted of a lot of current electronic tracks with loads of pop, rap, anything mixed throughout the set. It was one of my favorite shows last year and I was hoping for the same on Friday.

Style-wise it was - great and super varied, however, crowd-wise I was in hell. It was super crowded. We wound up in a bad spot where people were passing through every other minute and it made the whole thing (which was awesome musically) pretty much un-enjoyable. The crowd only got more intense once Xavier went on. His set was much, much better than his set at Le Royale last April. He played some new stuff, along with some electro bangers from the past year, plus a hint of pop and some dance classics and mixed it all together beautifully.

the Week in Dance continues...

I didn't head out again until Sunday, when I saw DJ Harvey at Love. There was a good-sized crowd, already getting down when I arrived around 12:30. Harvey was playing all the old, good, dirty disco for which he is known. It was great - like being in another time. If you missed him Sunday or want to re-live it, check out the guest set he did over at Beats in Space on Tuesday.

Tuesday night I caught School of Seven Bells and Fujiya & Miyagi at Le Poisson Rouge. School of Seven Bells were basically brand new to me and their performance sounded great. I'm still not quite sure how to describe them (electronic/rock with a hint of psych and umm...other stuff), but would definitely check them out again (unfortunately they mentioned it's the last time they'll play here for a while).

The whisper-soft (in terms of vocals at least) Fujiya & Miyagi gave a wonderful performance. Having followed them since their debut New York shows back in March of '07, I've witnessed their sets get better and better each time they come around. You would think having just seen them twice during CMJ not much could've changed, but Fujiya & Miyagi were in top form. The entire band really seemed relaxed and comfortable this time around and their performance reflected that. They really let it rip and breathed a lot of life into their understated tunes without at all sounding forced - the best show I've seen from them yet.

From there I hustled over to Plan B and arrived in time for 40 minutes or so of Rusko's set. I'm not even really into dubstep but I really liked his set - great energy, fresh, and super bouncey. Congorock's set that followed was awesome. He manged to keep the energy up, playing lots of current electro bangers with some classics, and really unexpected, random stuff mixed in (like Benny Benassi's "Satisfaction)...all of which were manipulated to perfection. He somehow did something to Oizo's "Positif" that made me like it more.

Weekends like that just fly by and another one with loads of great ways to get down is already here again.

There's an early People Don't Dance No More party this Friday (2/20) at Trophy Bar which gives you plenty of time to bug out to some disco loveliness from Robot Blair and David Bruno (download their January mix at the top of this post) AND head to Studio B for Trevor Jackson. 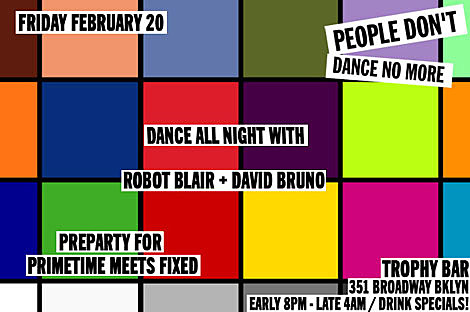 There are lots of other things going on Friday which I'll get into in a bit, but I strongly urge you to go to head to Studio B to see Trevor Jackson.

To begin with you've got Primetime's Eamon Harkin and James F&%^# Friedman joining forces with Fixed's JDH & Dave P to both throw and deejay what is going to be a great party. They've brought in
House of House to guest deejay and on top of that, amazing UK deejay
& producer Trevor Jackson will be there. I've witnessed multiple great sets from Trevor over the past few years (including a great one just last September which had me hitting a nearly empty dance floor at a more shmoozy, less dancey event) and each time he plays super dance-able mixes of both modern and classic disco, electro, techno, and house. Check out some great mixes over at his website and an interview with him over on Eamon's. 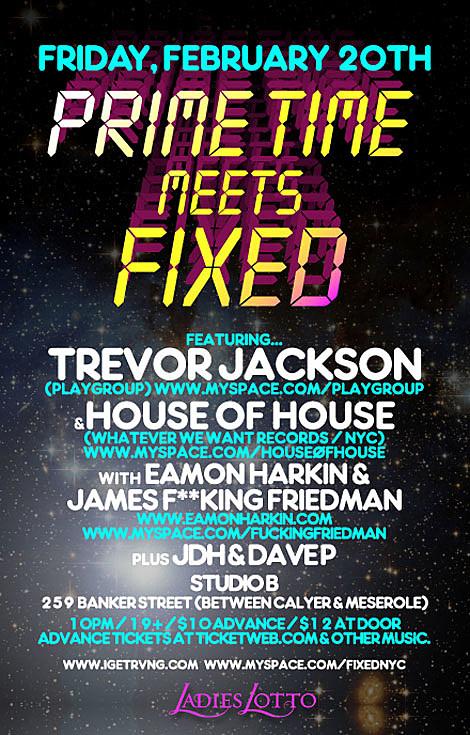 If that doesn't appeal to you, Felix Da Housecat whose sets are as great as his solo and production work is at Webster Hall. Expect a lot of very current electro from him with loads of classic dance bangers mixed in: 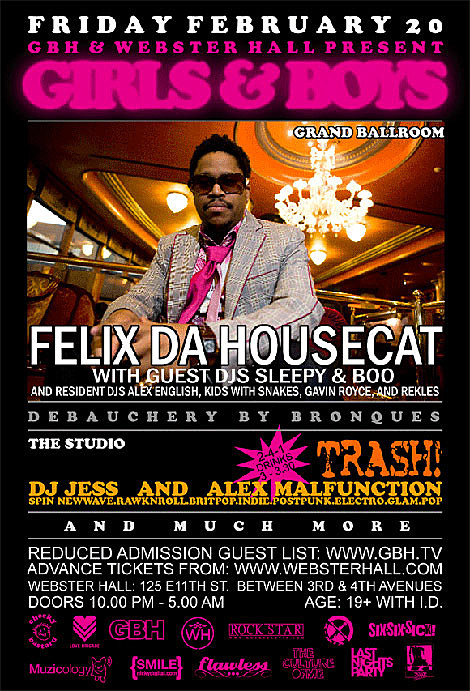 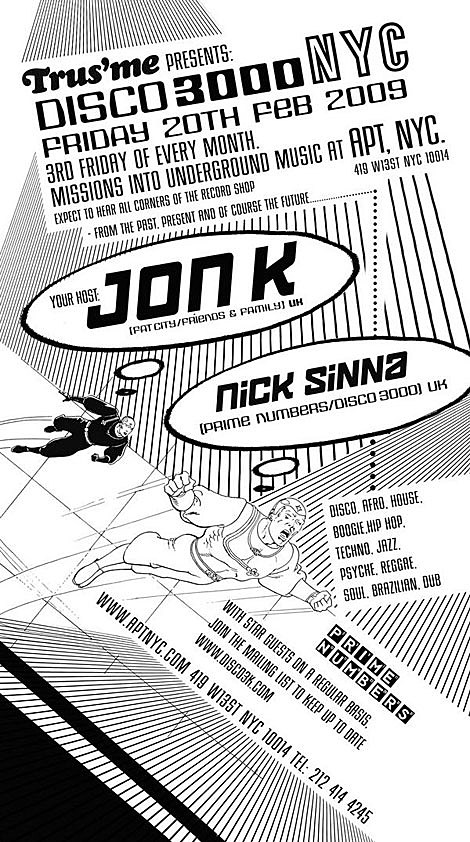 The Flashing Lights crew (Ayres, Nick Catchdubs, and Jubilee) is back! This time they're at the wonderful party spot that is 88 Palace, featuring a guest dj set from Nick Hook as well as a performance by Cubic Zirconia:

If you didn't get your fill of dubstep with Rusko on Tuesday, Dubwar is happening at Love with Starkey and 2562 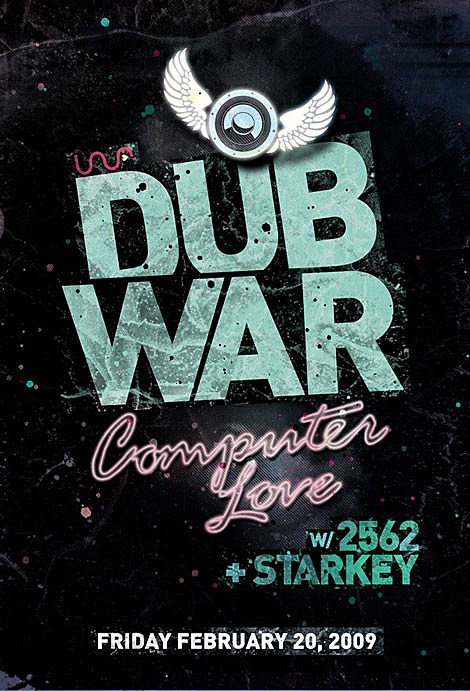 Nearby at Le Poisson Rouge, a free party is going on in the gallery bar with DJ Teenwolf, Cosmo Baker, Blu Jemz, and DJ Itch: 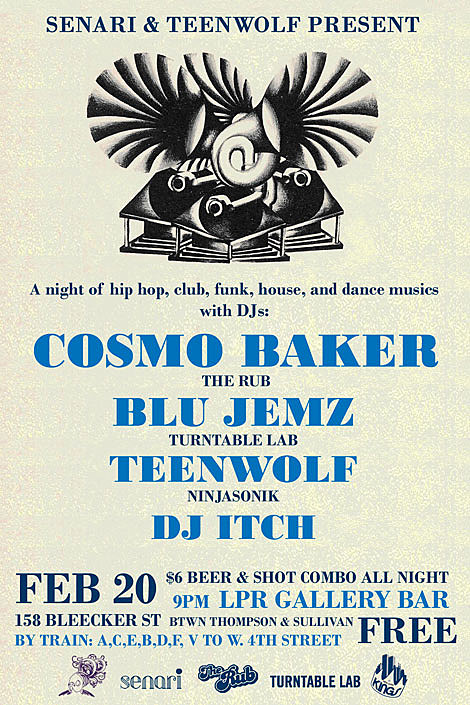 Sidechains' US debut is happening at Europa. Be sure to download some free remixes they did including tracks from Madonna, Farley Jackmaster Funk, Little Boots, Louis La Roche, Heads We Dance, and Ultra Nate from their myspace. 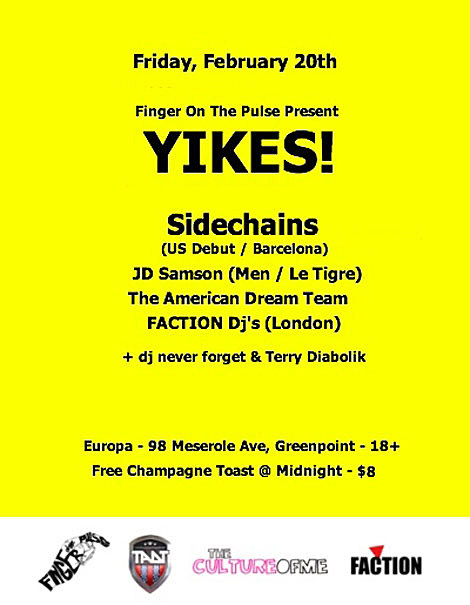 Saturday (2/21) is also full of ways to spend your evening dancing:

Derrick Carter brings Chicago house to Sullivan Room. Check out an interview he did with Resident Advisor here and download the since archived podcast here. 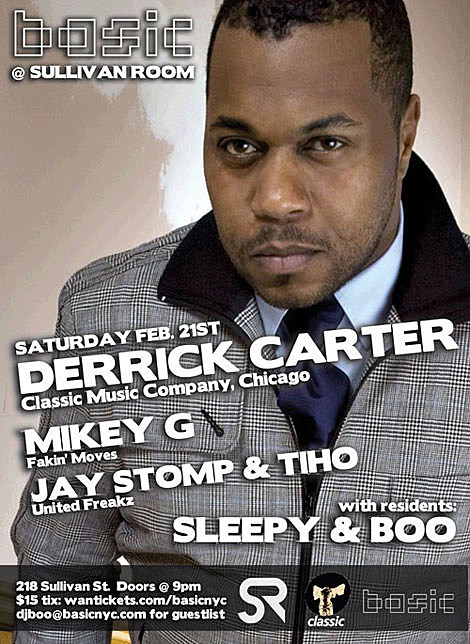 Cut will be shaking it to the ground with special guest, young B-more rapper Rye Rye, as well as keeping things electronic with AC Slater, and Alexander Technique at Studio B: 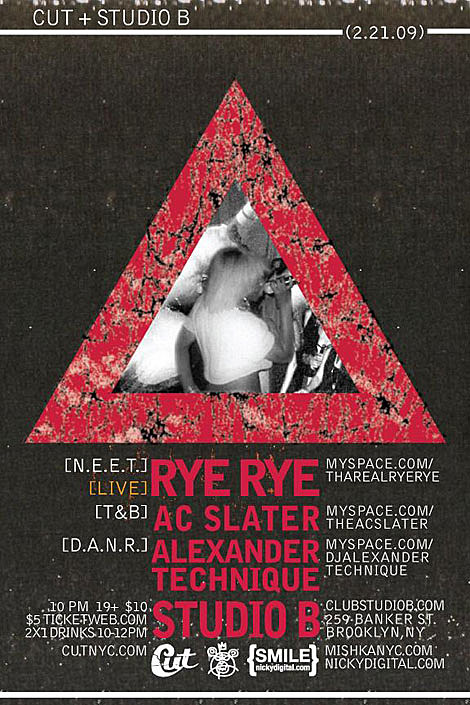 Also on Saturday:
- Save the Cannibals continues at Rebel with Lee Burridge and Dennis Rodgers.
- Chairman Mao's Grand Groove is happening at APT: 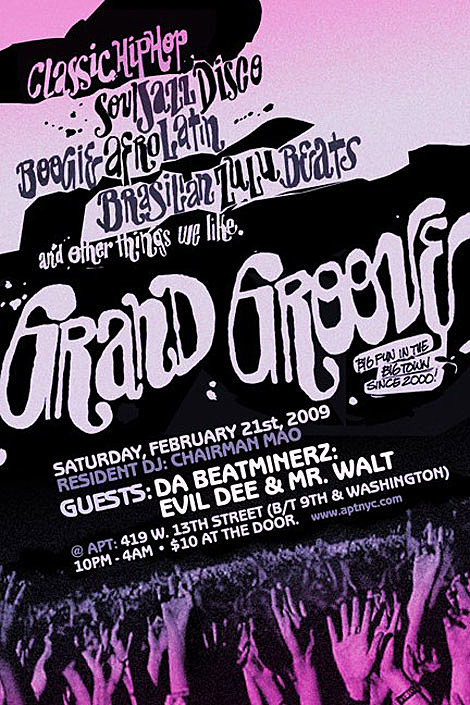 Here's what's up heading into next week:

Monday (2/23)
- Francois K is deejaying the entire night at Deep Space at Cielo. 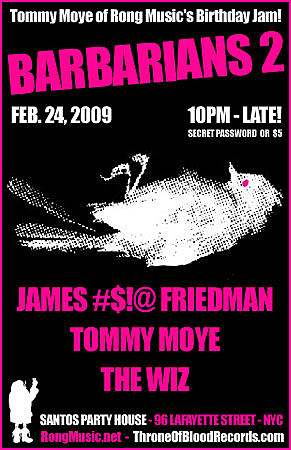 February is nearly over...SXSW is just around the corner with Coachella nipping at its heels and lucky for those of us staying put, many of the acts playing those festivals pass through New York on their way there or back. Combine that with the usual amount of dance going down in the city and March & April are already looking absolutely nuts. Check out the list of some of what's headed our way in the next couple of months, pencil in your disco-naps, and prepare for what's sure to be several consecutive weekends of dancefloor destruction: