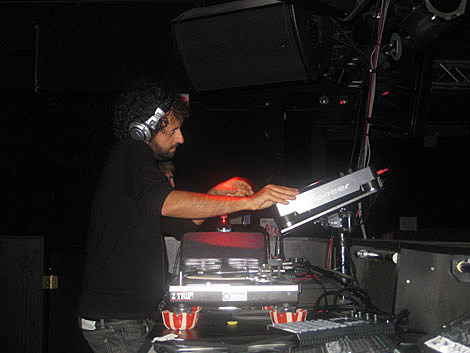 Last week in dance was a lot of fun despite only going to one event - Primetime meets Fixed at Studio B. I caught most of Eamon Harkin's set in which he masterfully mixed up some disco, house, and techno. House of House, who I hadn't seen before, truly lived up to their name in terms of their selections. The Studio B crowd was feeding off of the duo's enthusiasm as House of House animatedly delivered track after track. As much as I enjoyed their set I was extremely excited and anxious for Trevor Jackson to begin. The set Trevor finally delivered at nearly 2:30 was well worth the wait. For the next hour an a half he played an excellent set that was heavy on house and disco, with some modern subtleties. Despite only being able to identify "Heaven's In the Backseat of My Cadillac" by Hot Chocolate, "Situation" by Yaz, and "Use Me" by Runaway out of the entire set, it was easily one of the better dj sets I've witnessed in '09 thus far.

I have to admit I'm more excited about seeing David Byrne than getting down this weekend, but here are some options if you'd rather not leave the dancing to the man in the big suit:

Friday night (2/27) is Dim Mak night at Webster Hall with Steve Aoki, Autoerotique, and Felix Cartal. From past experiences I've found Steve Aoki's sets to be hit or miss. Autoerotique are a Toronto duo (formerly known as VNDLSM) who played a set of very current electro, which included some of their excellent remixes, when I saw them last January at Studio B. Their remix work has turned Rihnna & Beyonce tracks into bangers...and done awesome things to already great dance tracks (Chromeo, Shinichi Osawa/Chemical Brothers) in their own right. Download their remix of Lykke Li's "Little Bit" over at RCRDLBL. You can also find Felix Cartal's remix of "Beyond God & Elvis" by From Monument To Masses on RCRDLBL. Felix who was very recently signed to Dim Mak, also just started his own blog

...to document the making behind my music, most specifically, my forthcoming ep titled 'skeleton'... 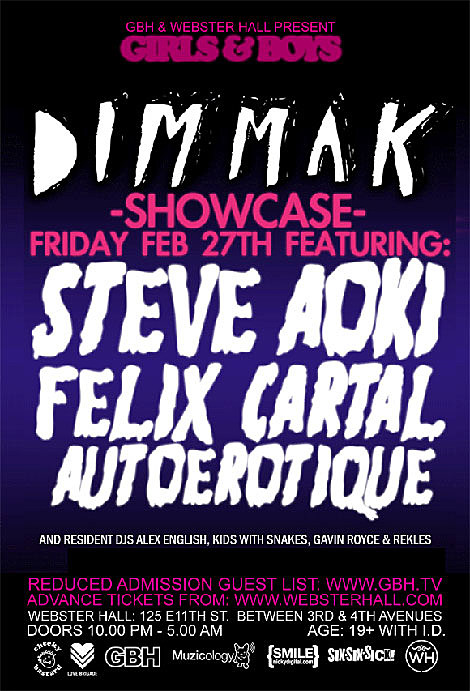 Another great label will be partying on Friday - Fool's Gold is in town with Treasure Fingers and Nick Catchdubs . They've both been remixing away lately. You can hear a bunch in Treasure Fingers' "Winter 2008 Mix" which you can download at the top of this post (tracklisting), along with Nick Catchdubs' remix of Alexander Technique's "Nightlovers" featuring Van Scott. 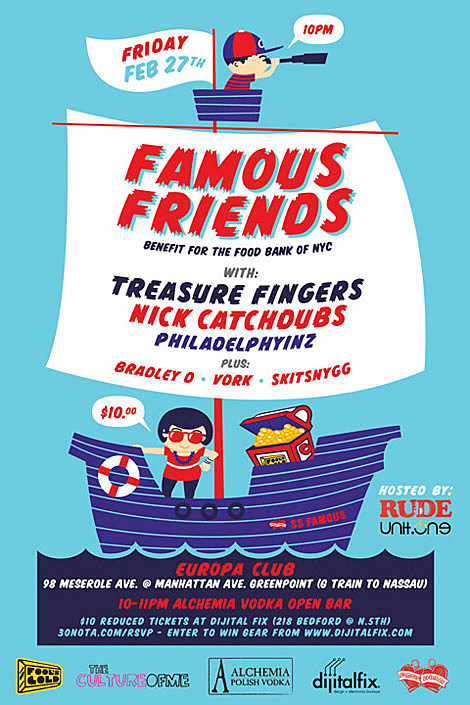 Head to APT and help Ursula 1000 celebrate the release of his new album, Mystics which just came out on Tuesday. Also be sure to download his Winter 2008 Mix at the top of this post: 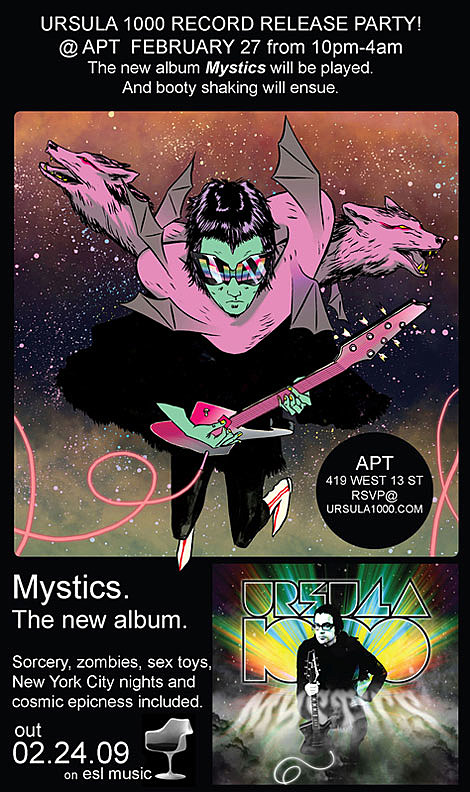 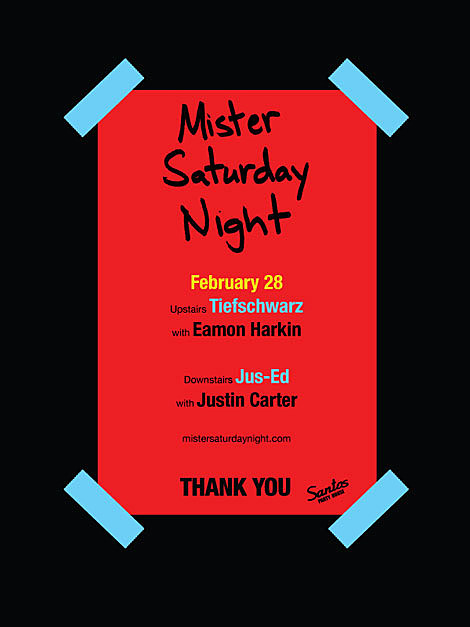 Also on Saturday...double up on disco at Public Assembly. Crooked Disco is happening in the front room: 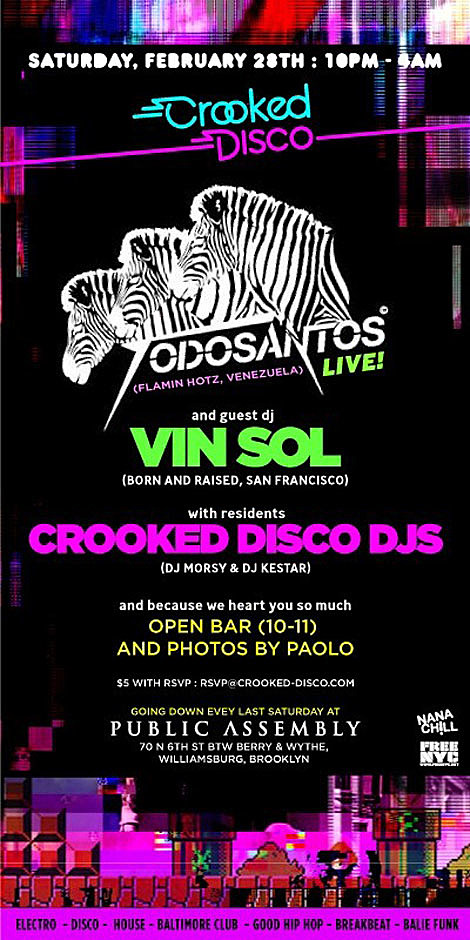 and Play It Loud is happening in the back room with Darshan Jesrani of Metro Area, Son of Sound, and Doug Gomez celebrating...

...the release of the Drrtyhaze release " Lazer Sex" on Tirk. DJ Drilla (Drrtyhaze) joins his partner on the decks for a night of purist D-I-S-C-O! 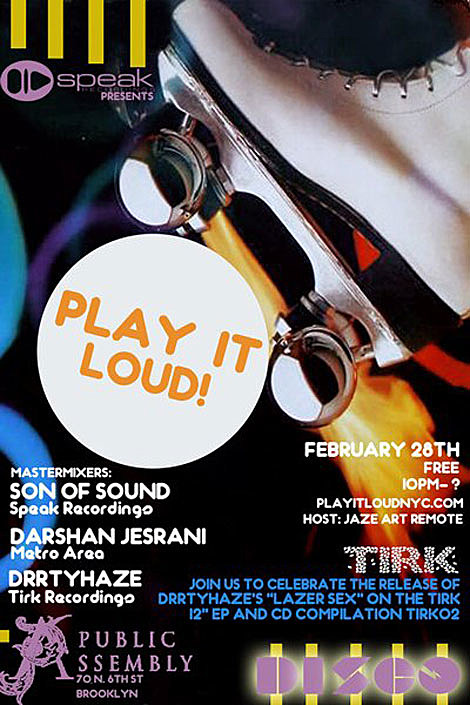 Heading into next week:

Sunday (3/1)
- Kenny Dope and Wayne Williams are at Cielo.

Monday (3/2)
- Francois K is deejaying the entire night at Deep Space at Cielo along with dub poet Infinity.

Wednesday (3/4)
- Shade is happening at the Studio at Webster Hall: 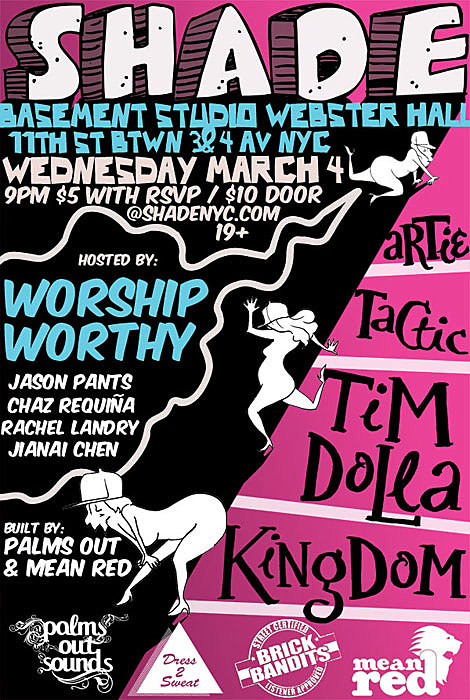 - Louie Vega is deejaying the entire night at Cielo.
- A new weekly, Eight Below, is happening at 152 Orcard: 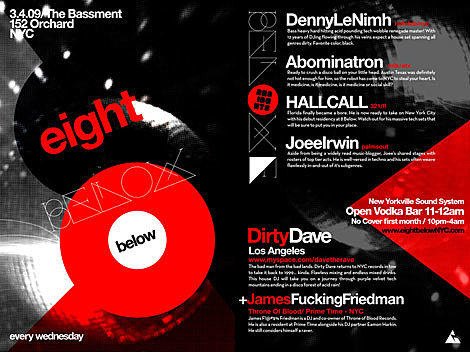 As I mentioned at the beginning of this post...the show I'm most looking forward to this weekend is David Byrne performing his & Brian Eno's songs at Radio City. One album they did together (removed from their work with the Talking Heads), My Life In the Bush of Ghosts, was influential in electronic music in a lot of ways...featured extensive samples and was recorded using only analog means. Highly recommended! 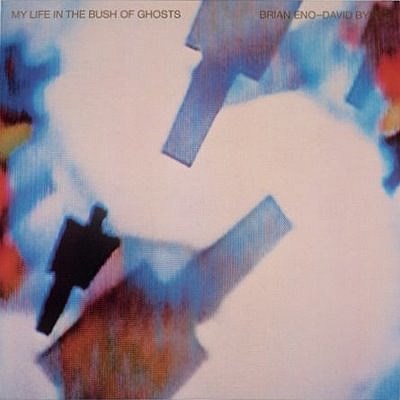