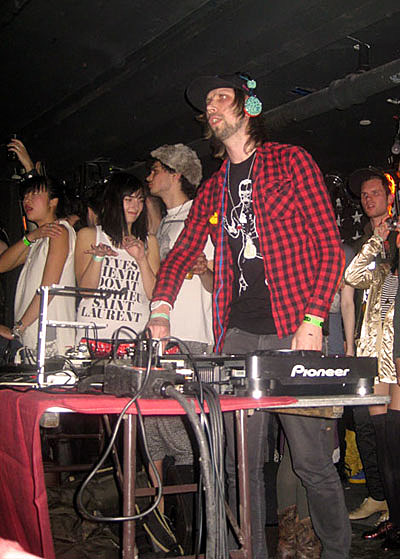 Earlier this week I got a double dose of Busy P, seeing him at the Bloc Party after-party at the Studio at Webster Hall on Wednesday, as well as at Roseland Ballroom on Thursday where he opened for the Prodigy. Despite there being some overlap (see partial setlists below), each night was very enjoyable. Wednesday night's had more of a crazy party vibe, while Thursday's seemed to be more planned out. At Roseland Busy P gradually won over the crowd, that seemed to be made up of a lot of die-hard Prodigy fans, by starting his set off with a lot of darker, creepy, and more minimal tracks before working into more mainstream electro. By the end of the set most of the crowd was into it and he drew in those who weren't, by playing the crowd pleaser "No Sleep Til Brooklyn". Everyone chanted along, the set ending with an enthusiastic crowd, eager to see the Prodigy... 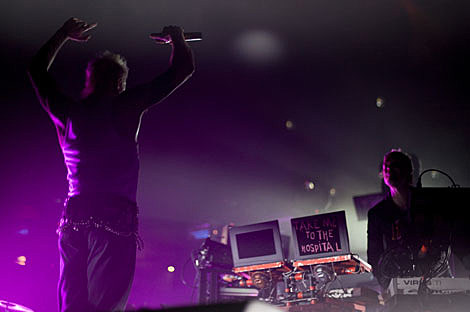 After about 20 minutes the Prodigy began their set and from the moment they took the stage the crowd went absolutely crazy and never stopped. It was amazing - very violent (I started out a few people back from the guardrail towards the right and ended up pretty much dead center of the floor by the time the show was over), but very enjoyable! It's all a bit of a blur now, so I'm not sure what they opened with (though I think it was "Worlds On Fire"). A few songs in they played "Breathe" which sounded great and had everyone losing it even more than they were already. The set basically alternated between a few new songs from Invaders Must Die followed by one of the Prodigy's classics which included Breathe, Firestarter, Voodoo People, and Smack My Bitch Up (which was part of the encore, causing everyone to freak out). The new tracks sounded much better live and while the crowd went especially nuts for the classics, they still responded to the new material just as well. While I'd never seen the Prodigy perform prior to last night, I feel it's pretty safe to say they are in just as good form as they were in their heyday. Their performance was energetic, the crowd was into it, and it was one of the most fun live electronic shows I've been to this year (and overall).

Hopefully your week has been equally awesome thus far. If not here are some great ways to help try to make that happen:

There's also the lovely disco get down at Public Assembly, Play It Loud: 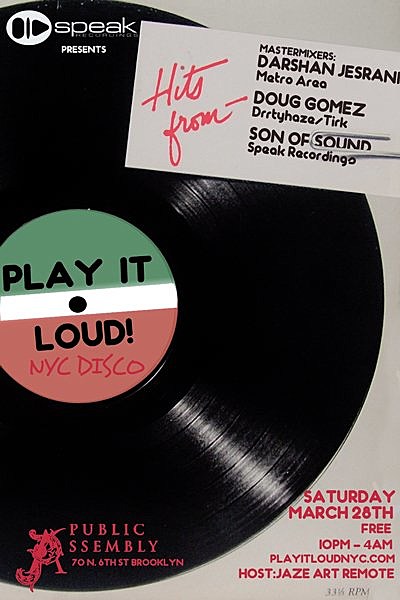 If you'd rather get your disco fix in Manhattan, the legendary Nicky Siano is celebrating his birthday & retirement at Love:

If you don't want any disco (?!) excellent Brazilian deejays the Twelves are at Studio B, along with one of my favorite French remixers, Yuksek. The Egyptian Lover and Moodymann, both perhaps separated from Mister Saturday Night at birth, are coming together for one night only. It's doubtful anything like this has ever happen. We think the building might melt, but we're willing to risk it. Moodymann's dropping Detroit roller skating jams downstairs, and Egypt is going live-full on dance routines, partner Jamie Jupiter. Oh. My. Goodness. 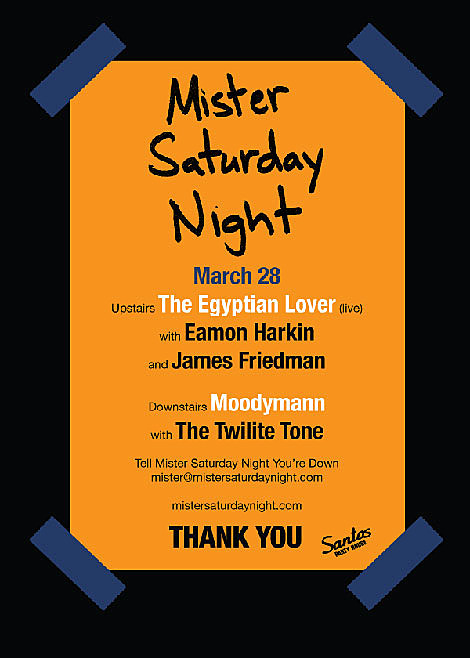 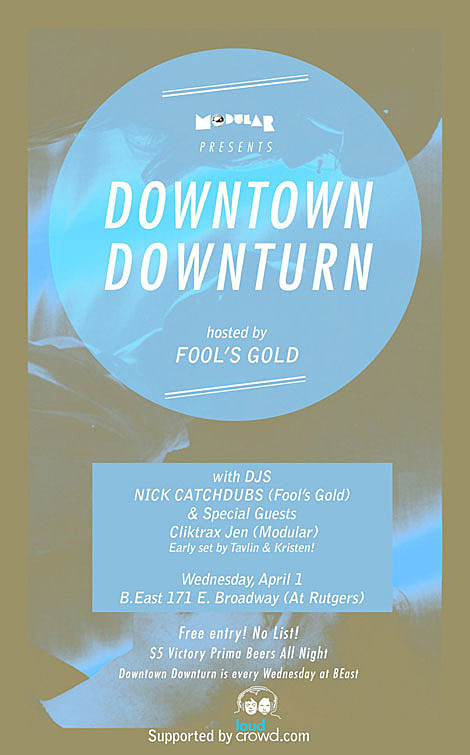 If you're here in New York and reading this post, odds are you didn't go to WMC. Have you been regretting it? I haven't...so far this week has been great and hopefully will be getting better the rest of the weekend...not to mention some of the awesome stuff coming up in April. Who are you looking forward to seeing in April and who do you regret missing at WMC?