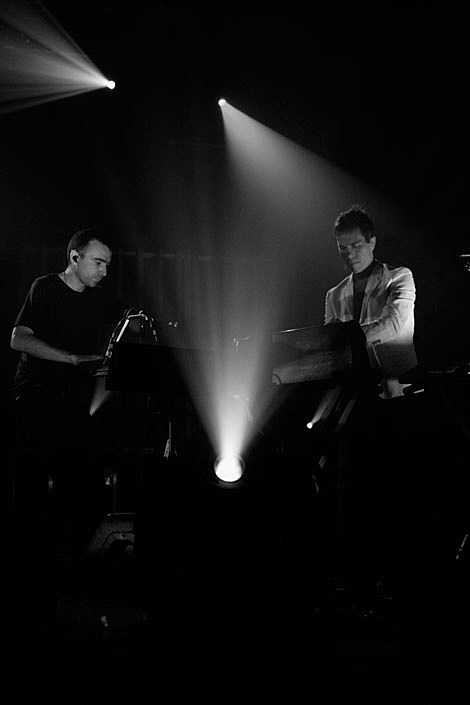 I had known for a while that I was going to be out of town last weekend, but decided to stick around an extra day (Friday) just to see the Whip and Late of the Pier at Studio B. After witnessing both bands get people moving at Bowery last Wednesday I was really looking forward to seeing the crowd's reaction at the more dance-friendly Studio B on Friday.

I made it over to the B in time to catch the Whip's entire set. The sparsely filled dancefloor became more concentrated with people (though full would be an overstatement) once the Whip took the stage. The band opened with "Muzzle #1" (full setlist below) and the crowd didn't really react much. There were a few people nodding their heads, vaguely moving, and so began the Whip's fight to get the crowd going.

Late of the Pier @ Studio B 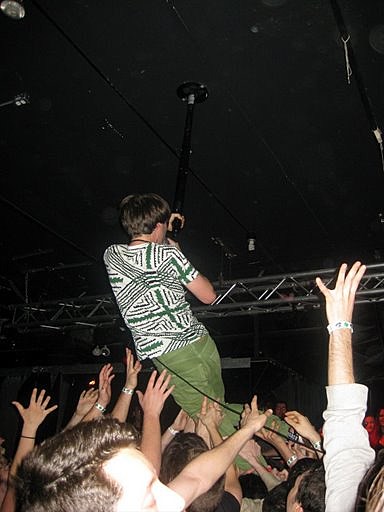 After some urging from lead vocalist, Bruce Carter, people gradually got more into the Whip's performance. Their entirely instrumental track "Divebomb" raised dancefloor spirits a bit, as did the the band's wise move to follow it with one of their more popular, dance-inducing singles "Blackout". Just as the Whip were finally building some momentum, something went wrong in the laptop/electronics area and they were forced to stop. Rather than stand idly while the crew attempted to sort things out, Bruce, Nathan Sudders (bass), and Fiona Daniel (drums) broke into a fun instrumental jam of Daft Punk's "Around the World" keeping the crowd's mood up. The technical difficulties were quickly resolved and the Whip dove right back into things, covering their remix of "Any Way You Choose To Give It" by the Black Ghosts. From there they were on their way to a strong finish with "Trash", when again, they were plagued by technical difficulties. Despite initial looks of frustration, the problems were again resolved in minutes and the Whip enthusiastically finished with "Trash". Despite the few technical problems, the Whip brought the crowd far in terms of dancing and had things gone smoothly, the Manchester group would've had much more of the crowd on their way to letting loose.

Much like the Bowery show on Wednesday, the crowd grew restless during the lengthy set-up in between the Whip and Late of the Pier's sets. The tension finally broke once they went on (nearly an hour after their scheduled 10pm set time), but I, and I'm sure some others tensed up once again when the sound seemed to be a bit off. Thankfully things seemed to be resolved just a few songs in and Late of the Pier delivered an equally energetic and enthusiastic set as the one days prior at Bowery.

The crowd's reaction to it was absolute madness. Just before Late of the Pier went on, I began to notice more and more guys toward the front of the crowd, a bit on the younger side, closer to late high-school/early college age...who then proceeded to go absolutely bananas once the band started. It was literally as violent as the Prodigy show a few weeks back. Initially I was just at the edge of the pit that had broken out, not quite ready to have such a strong reaction just a song or two in. However, it got to be more and more bothersome trying to avoid the bro's freaking out, so I joined in.

As soon as I got into it, I realized that it was more of a "bunch of dudes intentionally shoving into each other like crazy" vs a "bunch of dudes jumping up and down, freaking out, and haphazardly knocking into each other" type of pit. It wasn't fun, and thankfully as quickly as I had gotten into it, I was able to hop out, exiting the pit at a great little gap in the crowd right near Ross Dawson, who is awesome on the drums.

From my new spot I was able to see much more of Late of the Pier's performance compared to where I was initially, as well as where I had been at Bowery (which was incidentally the same - very front, toward the right side). In addition to getting a double dose of some great drumming at close range, I was able to get a better look at how keyboardist Sam Potter, bassist Andre Faley, and vocalist/guitarist Samuel Eastgate interact to create, their dancey, energetic, space-rock sound. I was nowhere near familiar enough with Late of the Pier's songs to even attempt a setlist on Friday, but their performance brought raw, rocking energy and edge to the tracks from their debut album Fantasy Black Channel. Overall it was an excellent show, with a perfect balance of danceability and rock that I think and hope will lead to a great future for Late of the Pier.

I called it a night after that because I had to be up heinously early, but there was a lot still going on as I headed home. The Presets (who I didn't go see, though we did have Faith there taking pictures, all of which are above and below) were probably winding down their set at Webster Hall by that point, and from what I've seen and read, afterwards MSTRKRFT were winding up. Apparently, the Bloody Beetroots whose set followed stole the show and had the wall to wall crowd at Webster Hall literally dancing til dawn. Some other awesomeness I regrettably slept on - Drop the Lime performing with his new live band at the Ruff Club's 3 Year Anniversary. Footage below, thankfully captured by former Week In Dance writer David Bruno:

Drop the Lime at the Ruff Club 3 Year Anniversary

Quite the weekend, and that was just Friday! This weekend looks similarly stacked with some great dance line-ups. Here's what's going on beginning with Friday (4/10):

We already told you about Ladytron & the Faint's 2009 tour (which has them playing Webster Hall early this Friday & Saturday night). In addition Ladytron will be deejaying their own after-party at Le Poisson Rouge, along with Depressed Buttons (Tood & Jacob of The Faint), and Tommie Sunshine (from whom I witnessed many great dj sets in '08). 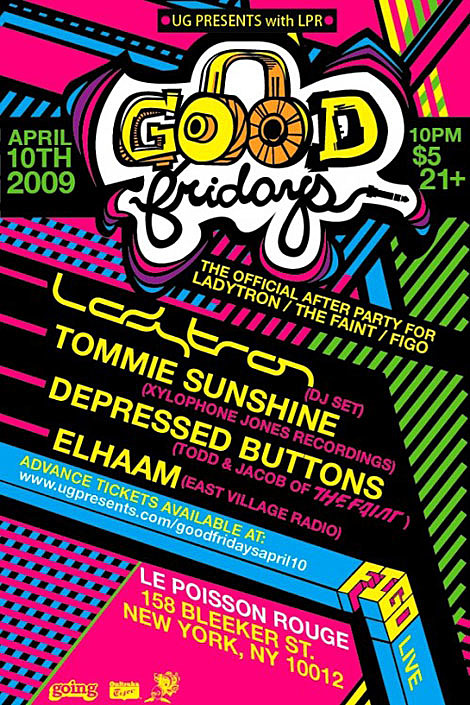 Ever since GBH started throwing the Boys & Girls party, Fridays at Webster Hall, they have been gaining momentum and have grown into full blown dance freak-outs. If you can handle the madness, another Italian dance duo are in town this week: Phra & Bot of Crookers, plus a personal favorite Congorock. The party is part of the Annie Mac Presents tour (which host of Radio 1's "Mash Up", Annie Mac, has both curated and is deejaying) making just a couple of stops in the US before heading back for a more extensive UK leg. US & UK tour dates, plus info on Friday's party below: 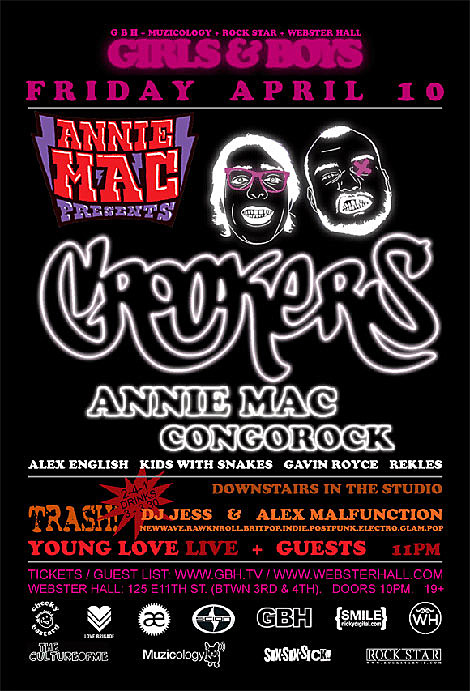 Meanwhile, fellow Londoner Rusko (whose set at Plan B back in February was enjoyable, coming from someone who is not the biggest fan of dubstep) will be performing live (feat. Rod Azlan) at Finger On the Pulse's new party "Yikes!" at Studio B. In addition the Phantom's revenge will be making their US debut, Black Holes will be making their New York City debut along with FOTP residents DJ Never Forget and Terry Diabolik, plus Star Eyes, the Captain, and AC Slater from fellow Brooklyn dj crew Trouble & Bass deejaying as well:

Also on Friday, Swiss deejays Round Table Knights are at Ruff Club at the Annex with Leif (live), and Jason Pants & Chaz Requina from Palms Out. Download the Knights' End of Winter Mix at the top of this post (tracklisting below), plus some tracks from Leif as well:

If you want to rock for a a bit before you get down, a bunch of bands (Mercury Morning, the Fire and Reason, Starbolt 9) are playing Crash Mansion, the evening ending with a live set from Streetlab. Check out some footage of Streetlab's live set at the Apple Store in Soho from February and RSVP for free admission before 11, $5 after with RSVP, $10 without.

There's lots more dancing to be done this weekend, including a Mutek preview, loft parties, and live music from Francis & the Lights. More info to come in part 2 of the Week In Dance. Get moving in the meantime!

And the rest of the Presets pics... 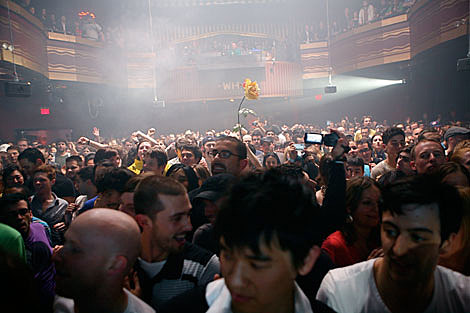 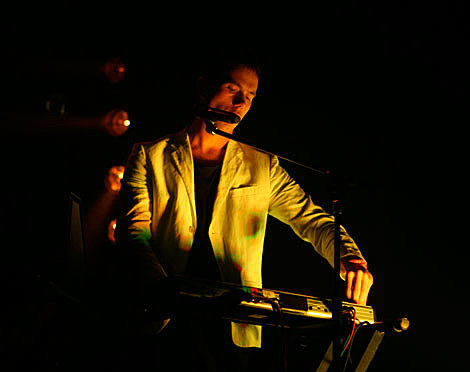 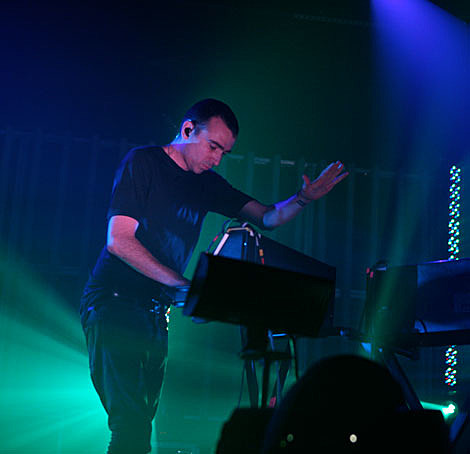 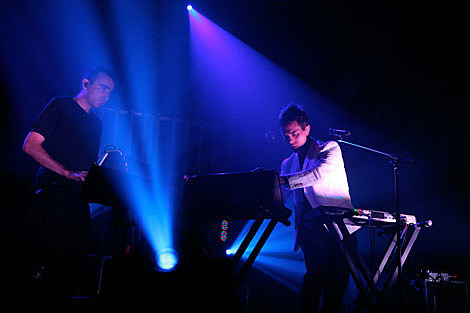 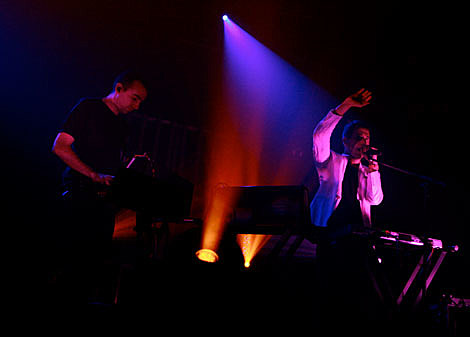 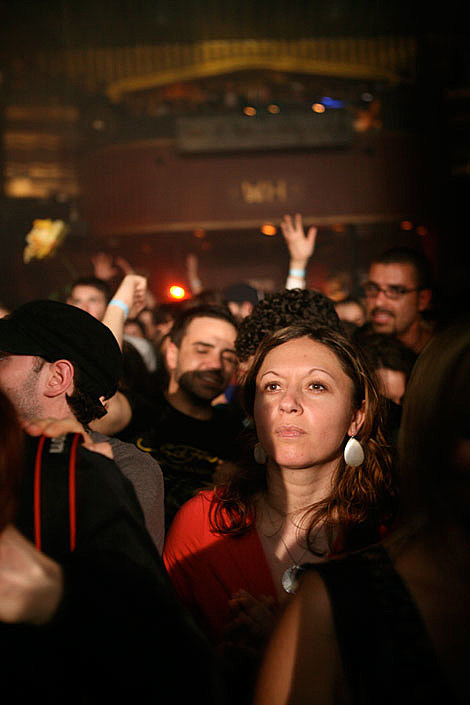 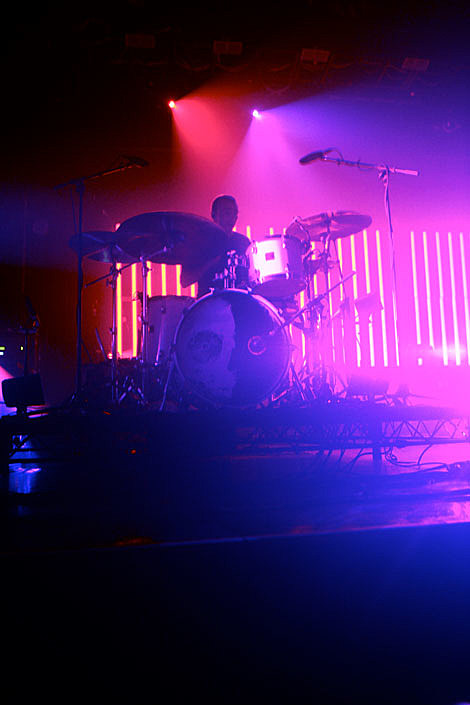 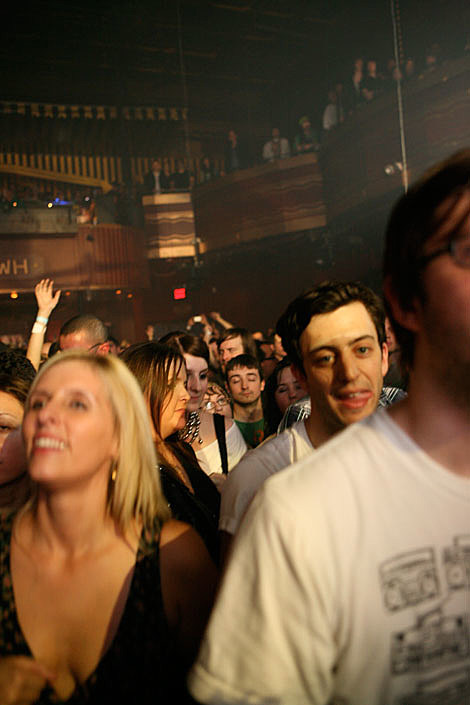 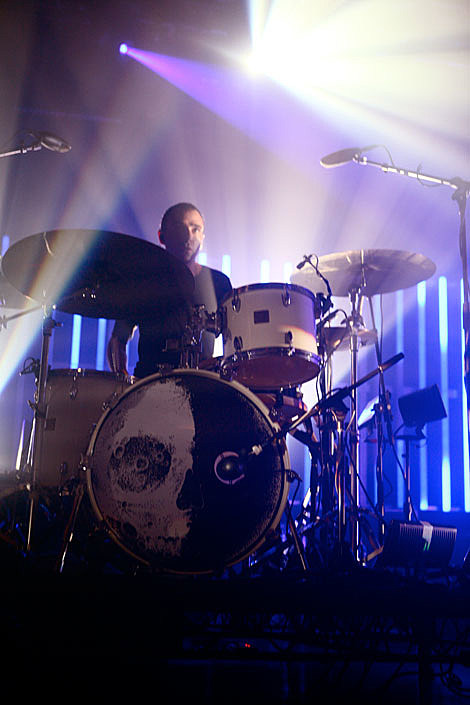 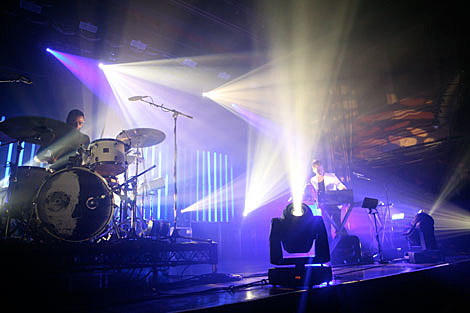 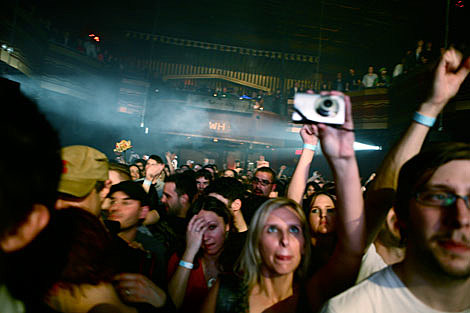