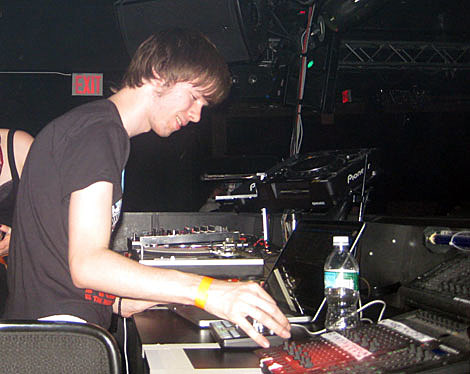 Last week in dance was pretty busy. The Plant Music party was fun Thursday night. Little Boots played a set full of potential summer jams at Le Poisson Rouge on Monday and Saturday night Studio B was full of all sorts of Frenchness with Justin Faust, Louis La Roche, and Danger.

The relatively sparse crowd at the B close to 12:30 was a bit alarming...it got better, but still was a bit disappointing for a Saturday night and given the line-up. That didn't stop everyone there from having a great time though. The crowd seemed well into Justin Faust's set which he bouncily delivered from behind the booth. I was playing catch up with some friends and can't paint the best picture of his set because of it, but by the time Louis La Roche went on close to 2 I was fully focused on the dancefloor and enjoyed getting down to an extremely well-mixed, super danceable set from the young UK dj. For the hour+ that he was on, Louis managed to mix a lot of classic French house, along with some next generation French house jams (which thankfully included some of his own), keeping everything sounding fresh despite the genre similarities.

Once Louis finished attention shifted over to the stage for Danger's live set. After missing him perform in New York multiple times, I was really looking forward to finally catching a set from Danger...I just wasn't in prime condition to do so after 3 in the morning. I really enjoyed what I heard in the beginning of his set - he kind of reminds me of a more melodic version of Justice, with lots of layers of sounds...but after a while my body & mind weren't computing anything other than "go home & get some rest". So I did...and hopefully you did too because we are on the heels of yet another dance-filled weekend in New York. Here's what's going on starting with Thursday (5/21)... 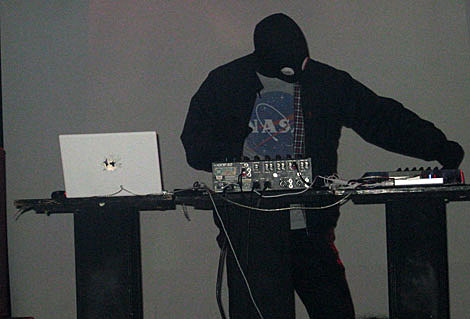 The fun continues on at Studio B . The rooftop is fully operational and from the looks of things to come, the venue is going to be making the most off its outdoor space as we approach the summer. Thursday night the People Don't Dance No More crew of Robot Blair and David Bruno are doin' it right with a Rooftop Sunset Disco BBQ! 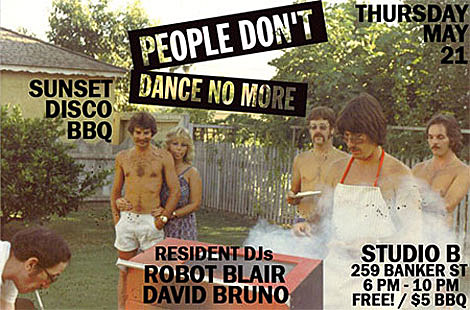 In terms of the later part of the evening, there's really no reason to leave the B! Self Titled is back, throwing the latest installment of their successful Oscillations party series. The bill is stacked with the likes of Circlesquare, Michna's band Raw Paw (check out a video of them performing at SXSW below), Apache Beat, Zombie Zombie and Cousin Cole & Pocketknife of Flagrant Fowl. 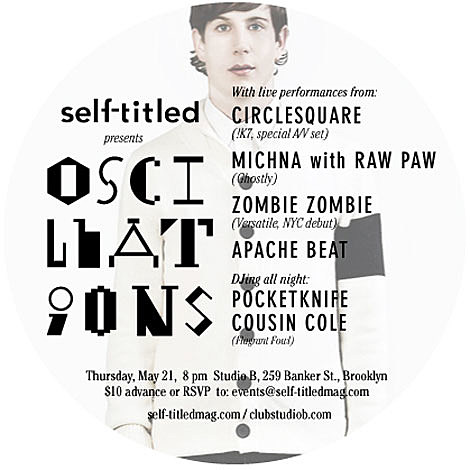 If you want to explore some options outside of Studio B Thursday night:
- 826NYC's Prom is sold out, but you could go to MHOW in case they release any at the last minute...
- Frankie Knuckles & Danny Krivit are at Cielo (tix)
- 'HITS' + 'DROP IT LOW': A Weekly Dance Party at the Annex with Palms Out Sounds, ESTAW, DJ Kingdom, and OMG Michelle upstairs and The CuntMafia & Radical Outings downstairs. Free with RSVP. 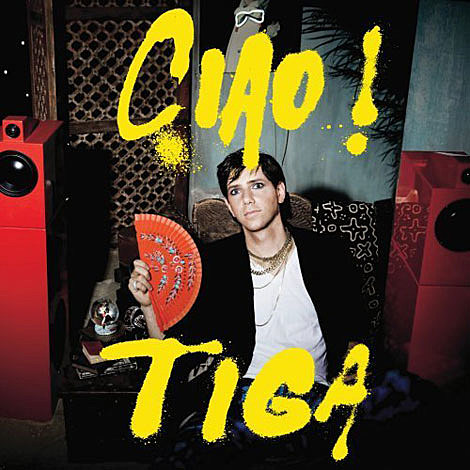 Usually when I keep reading about the same artist everywhere I get totally put off by it. Luckily when I started reading about Tiga's new album Ciao! (out in the US on May 26th) on tons of electronic/dance blogs months ago I had already seen him kill it at Studio B back in October. With any luck Friday's show at Webster Hall will live up to the hype: 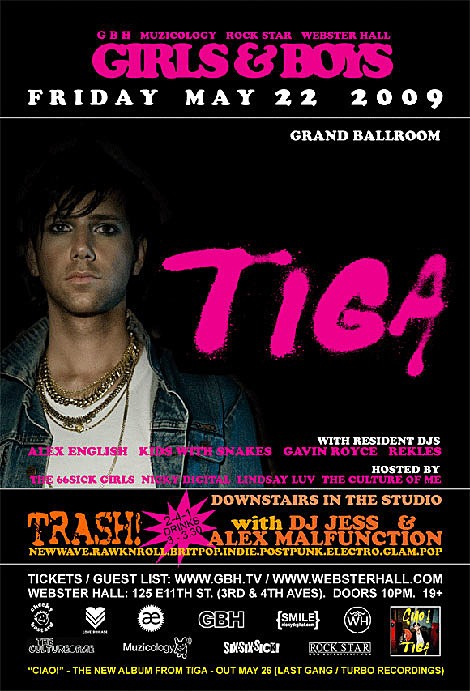 On the techno side of things...there is a huge, all night bash going from 10pm until 10am at a secret location (disclosed with RSVP to wighnomyinner@gmail.com). I'm not the biggest techno head, but Innervisions Live: A Critical Mass (Innervisions/Germany) - Henrik Schwarz, Ame, Dixon playing live as a 4-piece band looks pretty interesting. More info & a video of Innervisions Live below. 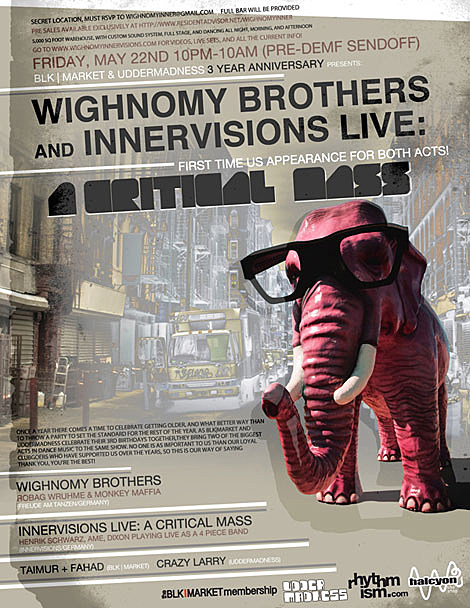 Also on Friday
- Jubilee and Swedish music bloggers Discobelle are deejaying Ruff Club at the Annex.
- Ursula 1000 is at APT. Download his new Spring Mix at the top of this post (tracklisting below).