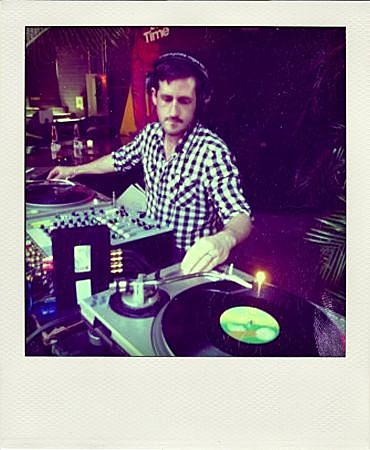 Last week/weekend I slacked off in the going out & dancing department. I missed the People Don't Dance No More Rooftop Disco BBQ which looked great and thankfully will be happening often. Friday night the heat zapped me of all energy and I skipped Tiga...and things continued down that road until Sunday when I finally went out to Studio B to see Vega.

I had just become familiar with Vega's music last week, but generally was into it and eager to see what a live show from them would be like. I wasn't too crazy about the first track they opened with, but they immediately had me with the second, "No Reasons" (video below) which sounded excellent live and is just a great poppy, dance track. Unfortunately after that something turned me off about their set. The songs were in a weird state somewhere between poppy & dancey, that I couldn't get into.

Vega live debut - "No Reasons" at Studio B:

Members of the Rapture are deejaying at a couple of spots Thursday night. Earlier in the evening, Gabe Andruzzi and Vito Roccoforte will be deejaying the Throne of Blood rooftop BBQ at Studio B along with a ton of other New York deejays, including Max Pask (check the flyer below for the full line-up) whose "I Heart Classics" (classic 90's house) mix you can download at the top of this post. 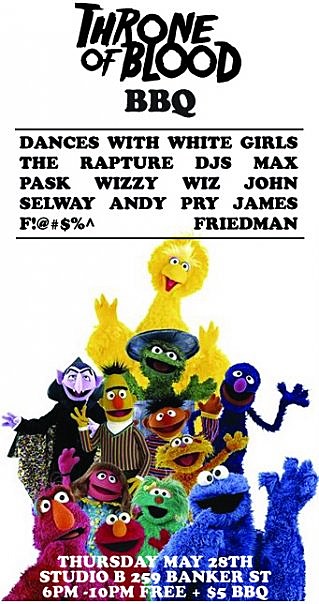 Starting later on, fellow Rapture member Mattie Safer (who was great at One Step Beyond in October) will be deejaying... 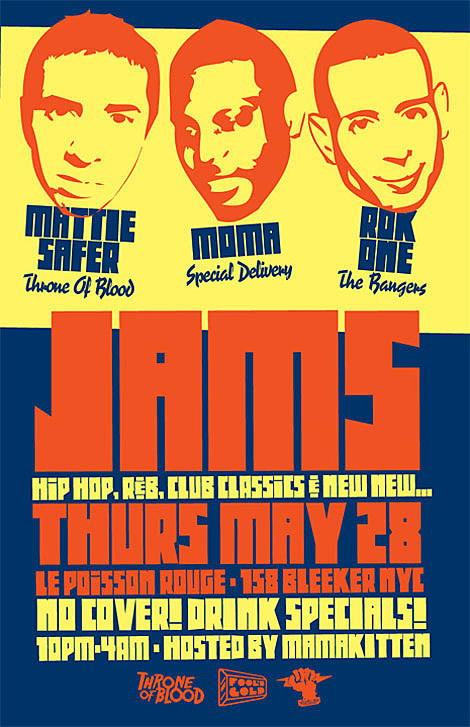 Also on Thursday Night, Crushed Records (the New York based label headed by Purple Crush) is throwing a party at Glasslands to celebrate the release of their first label compilation You Been Crushed, Volume I (available digitally in a few weeks). The party will feature some of the label's talent (check out the flyer below) like WZRDZ whose track "Junglishious" you can download at the top of this post. 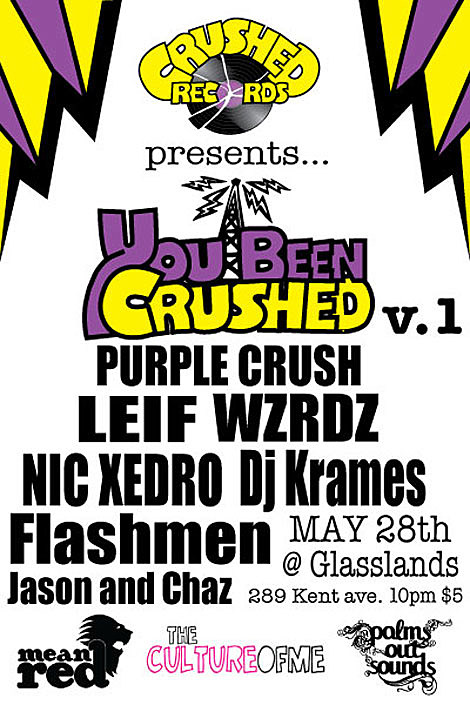 More happening Thursday night:
- Hits at the Annex.
- No Regrets at 205.
- Classics at Water Taxi Beach with Jellybean Benitez and DJ Spinna.
- Danny Tenaglia at Cielo
- Ether at Happy Ending.

Trus'me returns to New York once again for his Disco 3000 residency at APT. He spun a great set back when he was last here in March, impressively using just a small binder of cd's and some records he picked up that day! Definitely knows what he's doing...as does his guest dj for this month, Qool Marv. 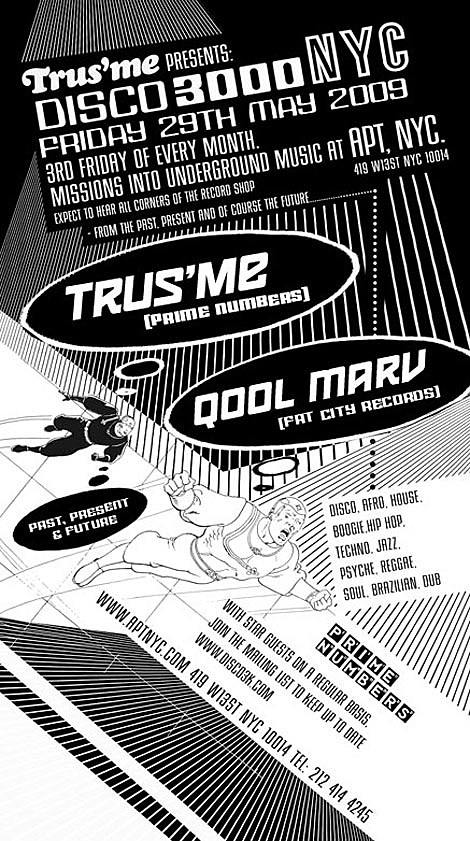 There's a lot more headed our way for the weekend, and there are a couple of things I want to give you a heads up about:

The Moderat show has been moved from Webster Hall to Music Hall of Williamsburg which I am really happy about. What I'm not happy about is the time change. Doors for the original show were early in the evening (around 7), but now doors are at 12:30 with the show starting at 1...which is kind of annoying because, also on Saturday night:

Pilooski is deejaying Mr. Saturday Night at a secret loft! If you were planning on going to both Moderat & Mr. Saturday Night...you will now probably have to hustle to make it to both (though I bet it will be worth it!). Be sure to RSVP to mister@mistersaturdaynight.com get the details on the secret loft location and stay tuned for the Week In Dance Part II (coming soon). 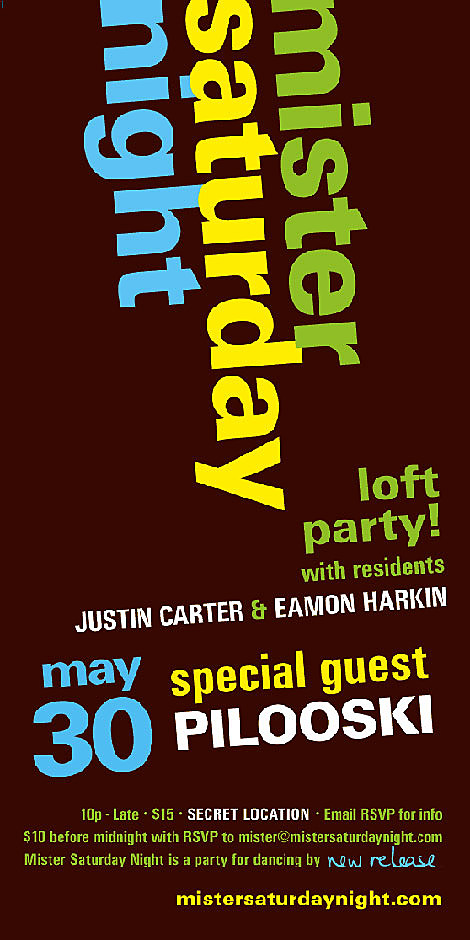