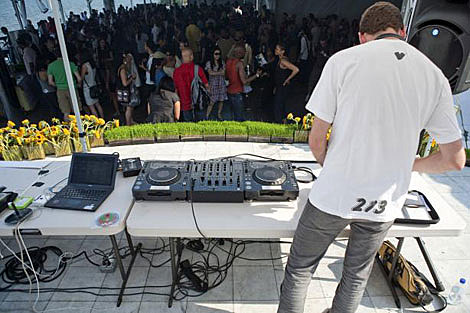 I haven't been out dancing yet this week, but still have plenty to tell you about last weekend, specifically Sunday and how it's turning into my favorite day to get down. Things began a little out of the ordinary, trekking over to 23rd and the FDR for the Loving Day celebration (of the Supreme Court case Loving v. Virginia which legalized interracial marriage in the US, which happened not too long ago in 1967!). The vibe was great - everyone just looked happy and was hanging out. Unfortunately not many were dancing to the great soulful, jazzy, housey set Tyler Askew was playing. I'm going to blame it on the massive line that had formed for the free BBQ being given out. In any case, I got down with a small group of strangers and learned more about Loving v Virginia which you can do here as well as learn about throwing your own Loving Day celebration. 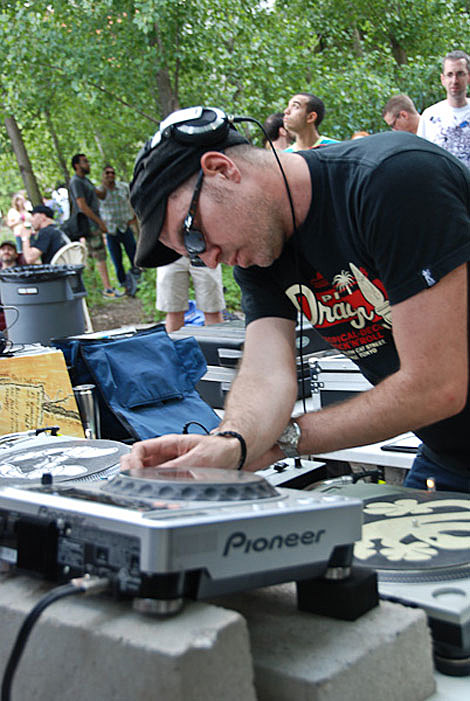 From there things picked up in terms of dancing. I headed down to the Gowanus yet again for Sunday Best. It was slightly less packed than it was for Mr. Scruff - still quite a crowd. I'm not sure how they did it, but food & drink lines were pretty much nonexistent and the bathroom one is still there, but much shorter. There were all the makings of a great Sunday as Luke Solomon started his set around 7, following through with 2 great hours of an interesting blend of house, soul, techno, and even hints of tech-house that had the tiny dancefloor overflowing with people. You can download his set at the top of this post, and check out other past sets from Sunday Best here, or better yet, subscribe to the podcast via iTunes or RSS.

I was perfectly happy by the end of Sunday Best and could have just gone home...but the Lower East Side is just so close thanks to the F-train, so I headed to the Rivington Hotel for Été d'Amour with Tony Humphries. The penthouse was packed with people dancing when I arrived, as it had been for Dimitri's set the weekend prior. Unfortunately it didn't last long. After hanging out on the roof for an hour or so it dawned on me that I couldn't hear the music at all. The sound only improved slightly one flight down, and by the time I was back on the main penthouse level I realized something was very wrong. The volume was way down thanks to someone complaining...so frustrating as Tony's set was great, just not loud enough! I've been assured that this week things will be under control for Stretch Armstrong's set, but more on that in a bit. First here is what's going on Saturday (6/13): 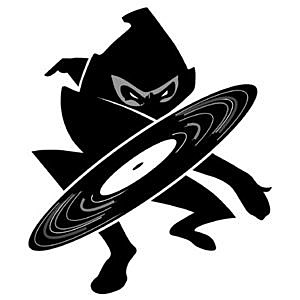 Ninja Tune is in town again! After a great set from Mr. Scruff two weeks ago, the label is back doing a showcase at Studio B as part of the Northside Festival. Get a feel for the label with sets from Daedelus (whose album Love To Make Music To has been praised all over the internet), Poirier (who has been tearing up Montreal with his Soca sounds) , and Megasoid (described as "rap-influenced big-synth remix music"). If you don't have a badge and want to check out the show you can get tickets here. Download Ghislain Poirier's mix from Sinden's radio show a few weeks ago at the top of this post. Tracklisting below: 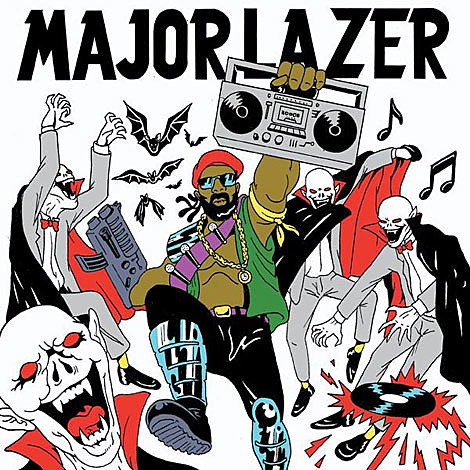 You might have noticed in the tracklisting that Poirier recently remixed Major Lazer who happen to be playing SOB's on Saturday night. More info and some downloads here.

Another event that looks really interesting and is part of Northside is And Everyone Laughed:

Times are tough, and the circus is struggling. On June 13th a pack of weary carnival artists will mount one final, hysterical production in an attempt to bring a smile to the face of a frowning nation. And Everyone Laughed, presented by Smirk and BabyBunny, is a one-night-only musical circus...With the musical stylings of Wolf + Lamb, Jakub Alexander, Worst Friends, Nicolas Jaar, Trus'me (Prime Numbers | Manchester, UK), Freetime, and Onno and video and performance art curated specifically for the event, guests will find themselves both viewer and subject in a non-sequitor exploration of circus and its players.The event explores themes of fear, laughter, and love while slowly and steadily breaking down the fourth wall in a self-reflexive public performance akin to the "happenings" of the 1960's. 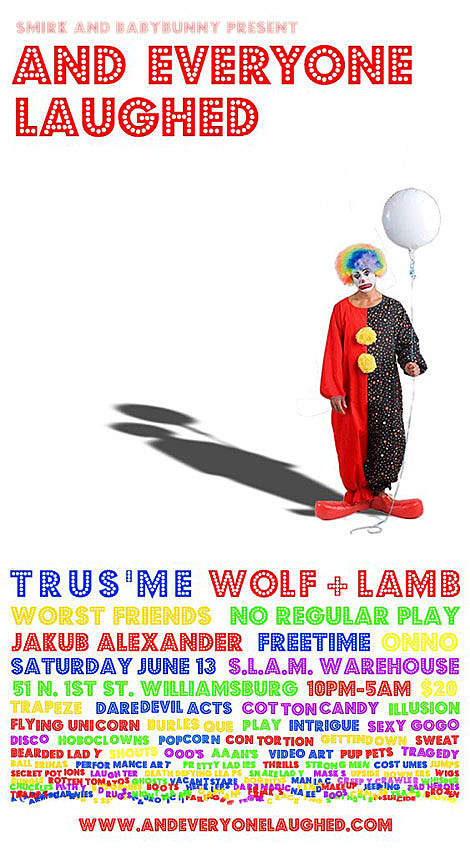 Admission is $13 before 11, $20 after, half of which will benefit the Streb dance school.

Which is why UnionDocs is presenting the "We All Benefit Loft Party Series", featuring monthly installments of benefit loft jams with both live performances and DJ's. All proceeds from the parties will go to support the UnionDocs space and the artist residency programs it supports.

It's the second benefit in the series and doubles as the latest edition of Darshan Jesrani and Citizen Kane's Strobe Lodge party: 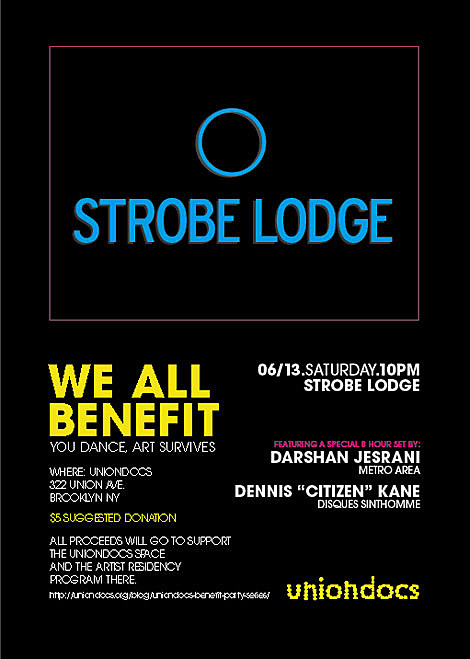 There are also some Brooklyn events happening outside earlier on Saturday: 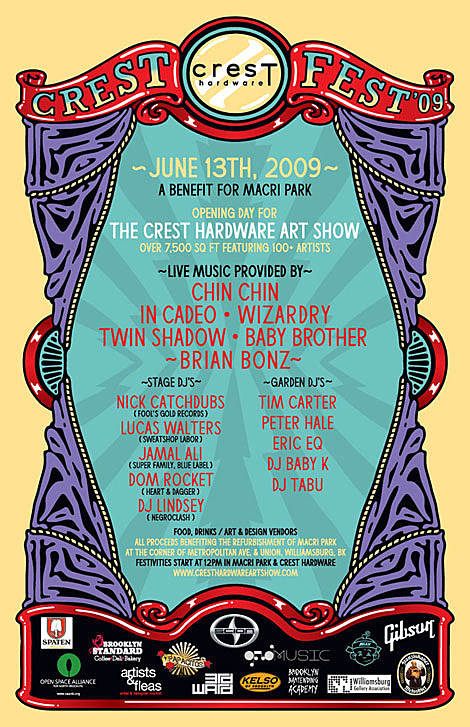 More options for Saturday (6/13):
- 2009 DMC DJ Battles at Santos
- Nicky Siano deejays Water Taxi Beach at the South Street Seaport every Saturday night.
- Satoshi Tomiie is at Sullivan Room. If you go be sure to check out openers Mixer Assassin!
- Play Date with Crooked Disco at the Gallery Bar at Le Poisson Rouge. Free with RSVP
- Save the Cannibals at Rebel with Martin Landsky and Taimur.

Two of my favorite parties are on, yet again: Été d'Amour and Sunday Best.

Despite the noise complain last week, there is no doubt in my mind that the Été d'Amour crew will have things under control in the penthouse of the Rivington Hotel. This week's guest deejay is New York's own Stretch Armstrong who Été d'Amour recently posed a few questions to:

ÉTÉ D'AMOUR - We are very happy & honored to have you at the été d'amour Penthouse this Sunday. You are one of the greatest dj on Earth and you used to be one of the key player for hip hop & soul music and you change your dj style to the new electro scene - which is like having François K playing sets with techno music only. Can you explain to your fans why such a move?

STRETCH ARMSTRONG - I've been playing dance music for as long as I've been djing, I was just more well-known for hip-hop because I had a hip-hop radio show. I love the hip-hop that I came up with. I'm less excited about current hip-hop, even though some might say it's because I'm getting older. I disagree. I'm a huge supporter of new music from all over the musical spectrum.

EA - We are now used to very long dj performances at the été d'amour Sundays: Dimitri played a dubby disco 4 hour set, Tony Humphries played a perfect housey 5 hour set and this Sunday you will entertain us for seven hours. What should we expect from you? You know we have a crowd raving for a disco-housey vibe!

STRETCH - Well I aim to please! Disco and house is as New York as I am, and it's always a blast to get back to the foundation!

Stretch deejayed Été d'Amour's party at the Yard at the end of last summer and his set was excellent. Sunday night should be no different. Info below: 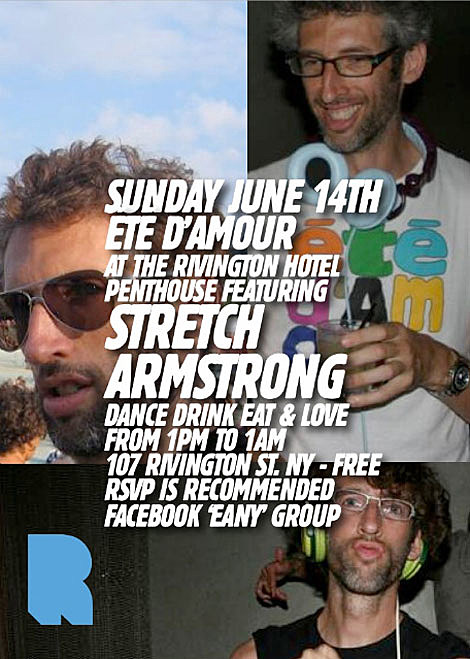 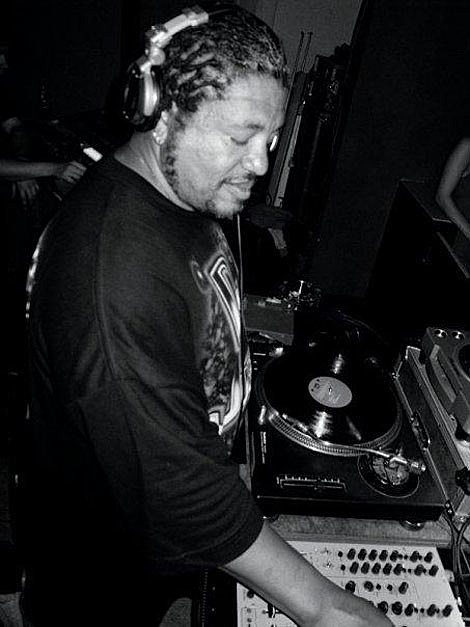 Also, that same day...Sunday Best is sure to be one to remember with Jus-Ed bringing some deep house to the BKLYN Yard:

Also on Sunday (6/14):
- Tropical Hotdog rooftop party & BBQ is happening at Studio B with Alex From Tokyo.
- Holy Ghost, Justin Miller, and Jacques Renault are deejaying on the rooftop of Bar 13. 1pm - 9pm, $5 at the door. 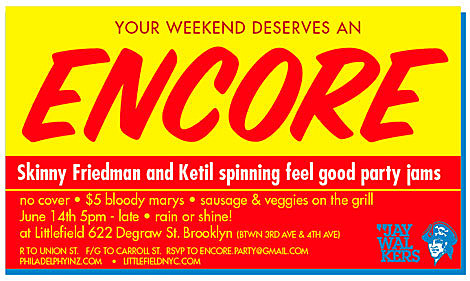 - Vega Records get together at Water Taxi Beach South Street.

Major Lazer's (Diplo and Switch) reggae dancehall explosion drops on June 16! Pre-order the album you'll get a pass to their in-store on Monday, June 15 at 8PM. 1 ticket per purchase, limit 2 tickets per customer, while supplies last. 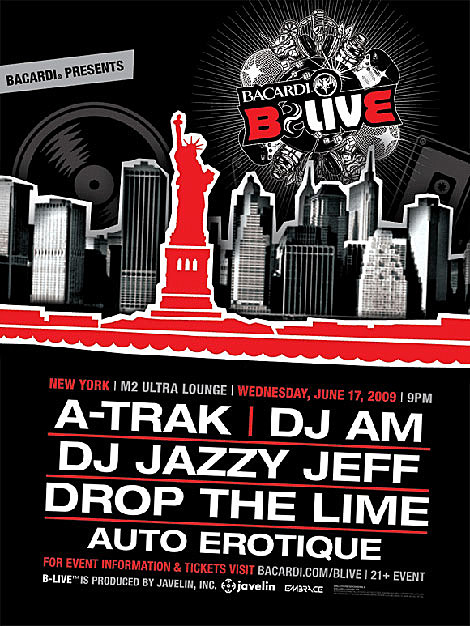 Tickets available here or RSVP to event@gbh.tv for free entry before midnight.

* You can only RSVP for yourself plus one guest.
* When you arrive, tell the doorperson you are on the GBH guest list. 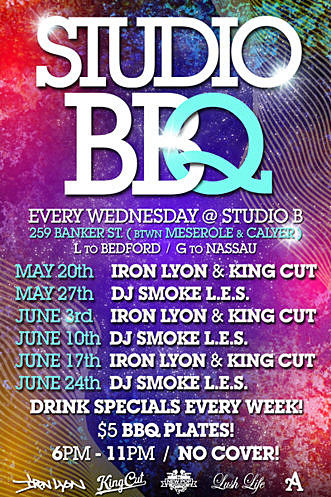 We're only halfway into June and it seems like there are more great summer parties than ever...but there are even more on their way! One which is starting up again in just a couple of weeks is:

The Beach Party, LIC is back for its fourth year at Water Taxi Beach in Long Island City. What initially started as a low-key, Saturday night hang at the sandy East River outpost has turned into one of the biggest parties New York has to offer. But while luminaries of dance music like Prins Thomas and Grandmaster Flash have performed, and while the residents are New York all-stars DJ Probus, Justin Carter and Eamon Harkin (who's making his Water Taxi debut this summer), the party still maintains a casual spirit and remains a great vibe. Big or small, there's nothing like sipping a beer, having a hamburger and checking out the amazing view of the skyline in between dancing to great music.

Our special guests are...

Get ready for that and many more great summer dance events headed your way in the meantime next Week In Dance!