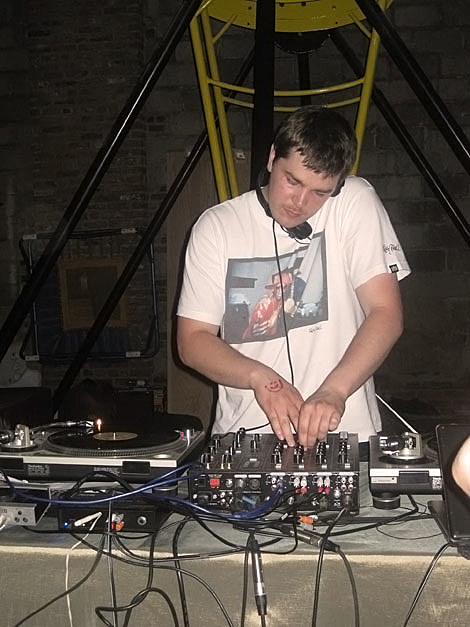 Despite not getting down until Saturday, last weekend was very dance-intensive. f you missed Trus'me's set Saturday night you'll have one last chance to catch him tonight/Friday before he heads out of the city. More on that and many more Friday night events, below...

As I mentioned, Trus'me will be deejaying here one last time before finishing up a few US dates and then heading back to Europe. If you haven't caught any of his sets here & there in New York over the past couple of weeks, Friday is a great opportunity to do so. Not only will you get to see the talented Mancunian behind the decks, but also Tokyo Black Star. Should be an awesome night: Standing at the intersection of UK dubstep, Detroit techno, and the minimal sounds of Berlin, Pulled Pork and Fear of Music present... 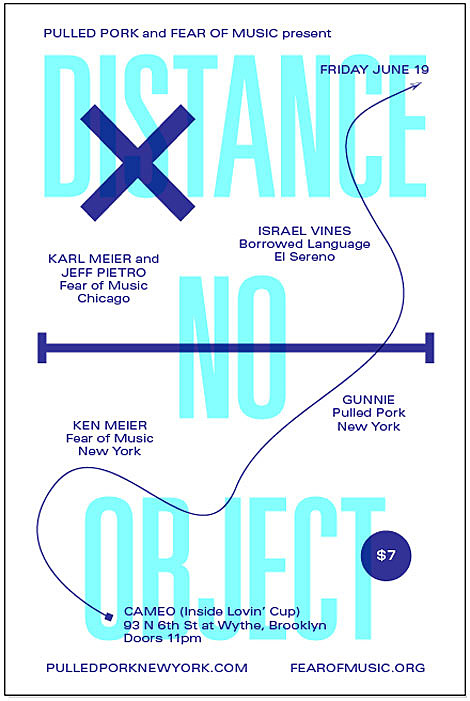 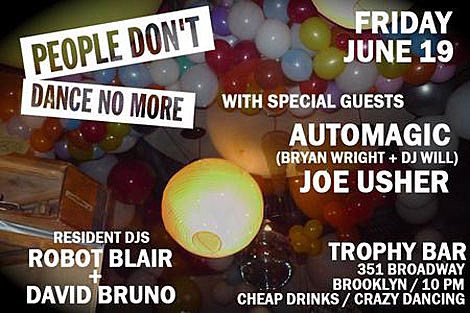 David Bruno & Robot Blair's BBQ was cancelled on Thursday due to rain, but tonight's night of dancing is still on - this time at Trophy Bar with guests Automagic and Joe Usher: 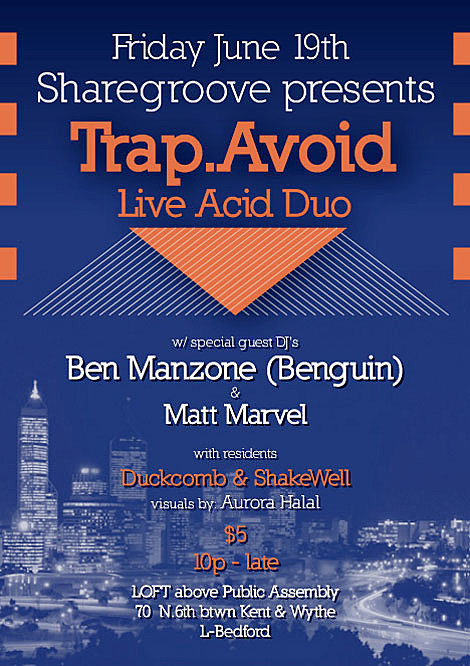 BEN MANZONE aka Benguin, is one of NYC's strongest disco/house DJ 's known for his discerning taste and dynamic programming. Currently, he holds court on Sundays @ CoCo 66 for Masterfleet, his deep soul soiree.

Matt Marvel will warm things up, with choice selections to get us in the disco dancing mood. You can catch Matt DJ'ng at the Central Park Roller Rink during the summer. 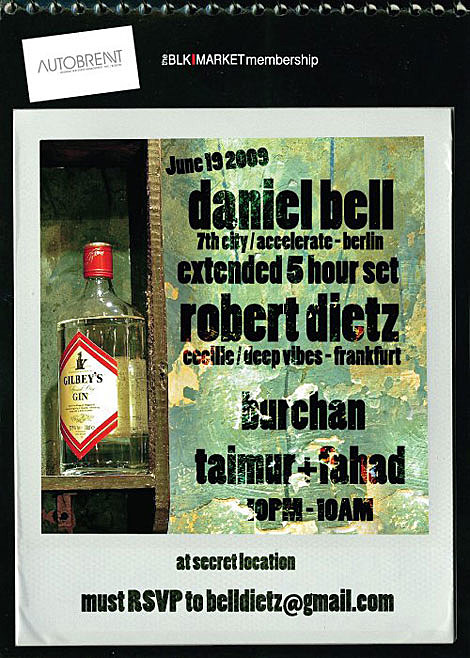 - Finger on the Pulse presents Yikes! with Thunderheist and Wallpaper. 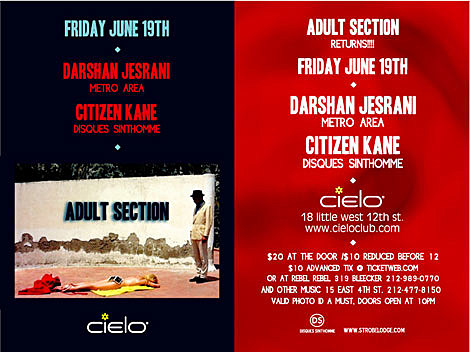 - Danny Krivit is at Rebel.
- Peaches (who played Webster Hall month and Drums of Death (who did not) SOLD OUT Music Hall of Williamsburg.
- Peaches afterparty at Ruff Club at the Annex with the Teenagers (dj set).
- Turntables on the Hudson is happening every Friday at Water Taxi Beach.

All that and we haven't even hit the weekend yet! Keep a look out for Part 2 of the Week In Dance featuring many more ways to get down this weekend through next week, plus a chance to win a pair of tickets to see Fatboy Slim at Terminal 5 next Wednesday!