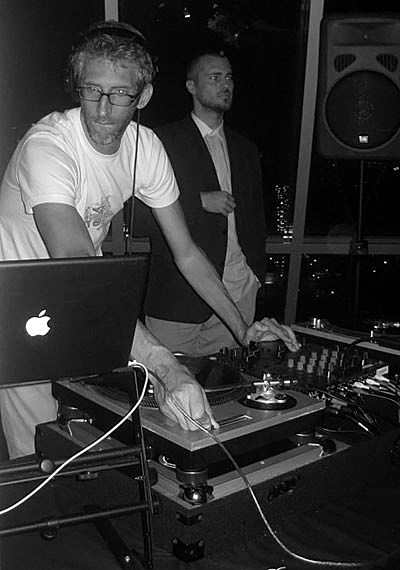 Hopefully all the rain we've been getting lately hasn't kept you from heading out to dance. Unlike this weekend, last weekend's weather was pretty good for dancing outside. I got a late start and arrived at the BKLYN Yard for Sunday Best just before Jus-Ed began his set. The two hours that followed were brimming with great house music, which even included some live vocals from Madafi Pierre:

The weather for this Sunday isn't looking too promising, but disco masters Rub-N-Tug are the guest deejays for this week's Sunday Best at the BKLYN Yard. Be sure to check Sunday Best's Twitter around noon on Sunday for an update about the weather/possible rain location for the party.

Thinking back to sunnier times...last weekend after Sunday Best I went to Été d'Amour and had a great time. The noise complaint woes of the week prior were no more and Stretch Armstrong was behind the decks blaring tons of house and disco at very appropriate volumes. Check out the video below. It's dark in there, but you can hear some of Stretch's set and get a look at the view of Manhattan from the Rivington Hotel's penthouse:

This Sunday the weekly French fete will feature some more disco courtesy of New York's own Holy Ghost. They will be deejaying from 7pm until 1am, with a "soul disco funk balearic warm up" from 4 to 7pm by French dj/producer GONES THE DJ. Info below: 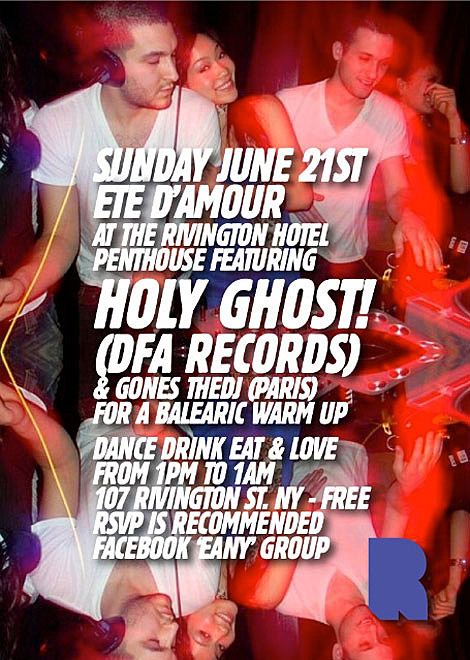 RSVP at Facebook and check the out the EANY Facebok group for info on future parties.

Also on Sunday (6/21):
- Tropical Hotdog Rooftop BBQ at Studio B with guest deejay Alex From Tokyo. 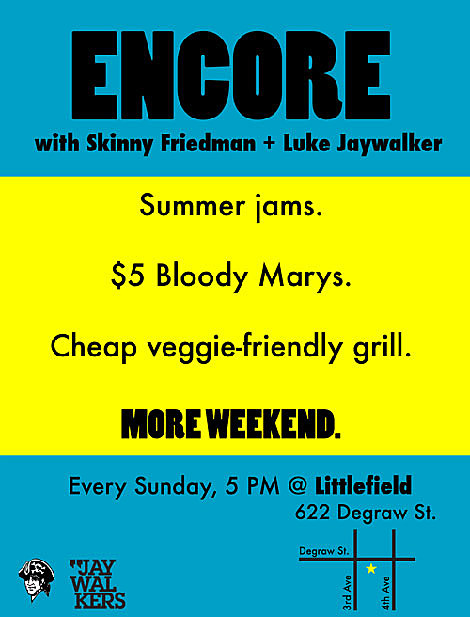 - Francois K is deejaying for the entire night at Deep Space at Cielo.
- Tommy Moye is at Trophy Bar. 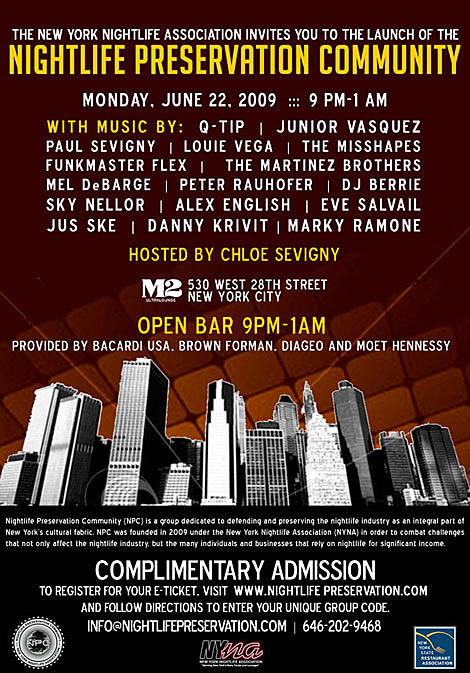 Tuesday (6/23)
- I went to my first My Favorite Things party back in October and it was excellent! Check it out at APT. Tyler Askew (whose set at the Loving Day Flagship celebration a few weeks ago was awesome) will be deejaying and more: 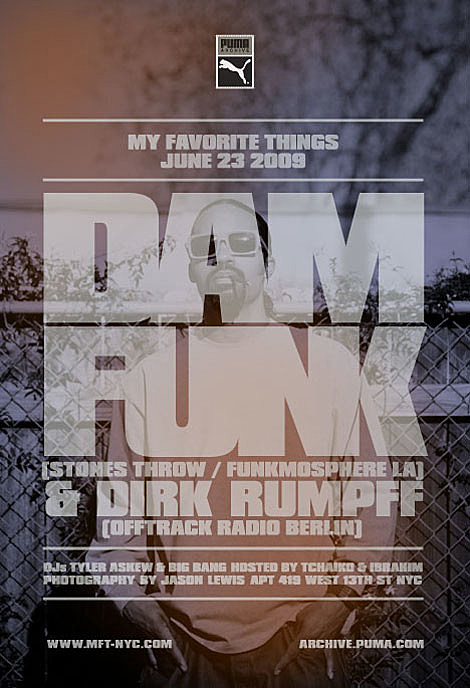 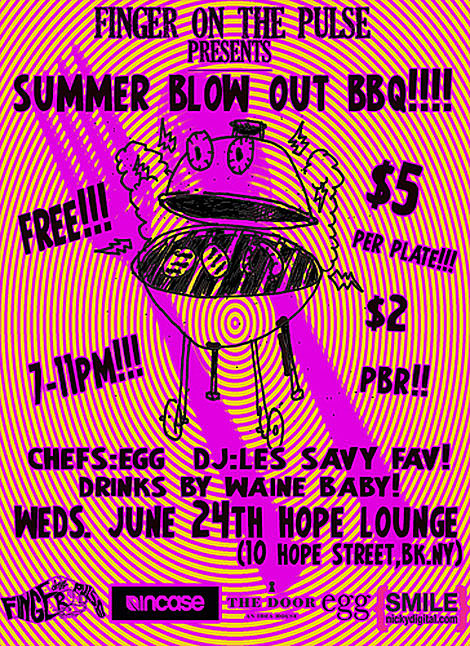 As I already mentioned in Saturday's post, I am really excited about Fatboy Slim deejaying here on Wednesday. Check out this cool (old) video of a gigantic trail of dominoes set-up in Fatboy Slim's house, set to his track "Champion Sound":