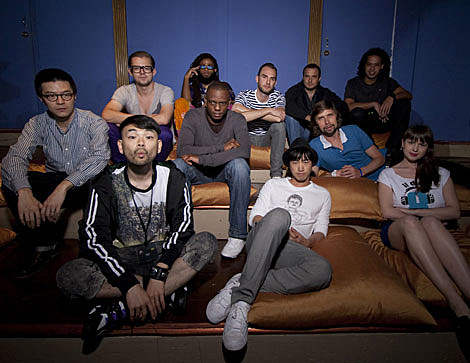 A couple of weeks ago I had the opportunity to attend Vision, the first meeting of the Global Fresh Collective (GFC), a group of creatives from the realms of music, design, art, and fashion from all over the world (full list below).

Over the course of Friday, June 26th, members of the GFC gathered in the amazing Angel Orensanz Foundation on Manhattan's Lower Eastside to discuss, explore, and debate various issues surrounding the future of creative collaboration and both global and local issues affecting music. The discussion was broken up into multiple sessions each of which addressed a different topic. One session included the GFC members' ideal formulas for successful collaborations, which given the range of the members' areas of expertise, I expected to be the high point of the discussions. While the session did yield the GFC members' preferred elements for the perfect collaboration (which you can see in the video below), it was dwarfed in comparison to the first session of the day, entitled "After the Revolution, is Free the Future?". 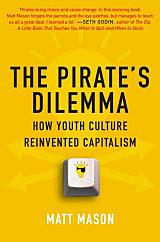 Led by Matt Mason (author of bestseller The Pirate's Dilemma: How Youth Culture Reinvented Capitalism), the discussion focused on the future of the music industry after piracy and the digital age. After giving a brief explanation and examples of how piracy has manifested itself through finding gaps outside of the market, creating vehicles, and harnessing the power of its audience, Matt explained how piracy could be responded to in ways which could in fact benefit industries and companies initially harmed by these illegal acts. By competing with pirates, rather than fighting them, Matt argued that companies had better chances at survival.

After citing a few examples, the stage was set for discussion of how piracy had affected GFC members and their respective industries. While the GFC was made up of a individuals in different fields, discussion seemed to inevitably center on music. Despite the GFC members' different experiences and responses (which you can get a feel for in the video below), as the discussion went on, the one thing that became increasingly clear was that a change from the traditional business model in place in the music industry is most definitely needed.

At the end of the long day, to me, and I think to many of those involved, GFC Vision overall was a success. It brought together individuals across different industries (whose paths quite possibly would not have crossed otherwise) and prompted them to think about and discuss some crucial issues facing creatives, that will only become more pressing as time goes by.

As piracy is one of these issues, I took the opportunity to talk to GFC curator, Pedro Winter, about how his label, Ed Banger Records, has been affected by it, as well as how he has been responding to changes in the music industry. You can check out the entire interview over at Showtrotta.

Last week was dance-free for me yet again, until Sunday at which point I did my new favorite summer activity of going to Sunday Best followed by Été d'Amour. Both I:Cube and the Plant Music crew were great, but before I get into that let's get into some of this week. It's a bit slow to start, but by the time Saturday rolls around you won't know what dancefloor to hit first. Here's what's going on, starting with Thursday (7/23):

but first those videos from Angel Orensanz... 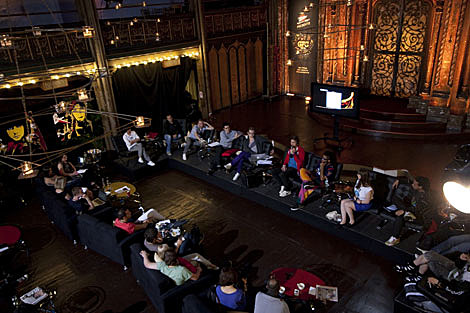 What Makes a Perfect Collaboration?

After the Revolution, Is Free the Future?

and here's what's happening in NYC...

- Brooklyn's own Ursula 1000 is deejaying at Trophy Bar. In case you missed them, there were some Ursula 1000 downloads in these three posts. 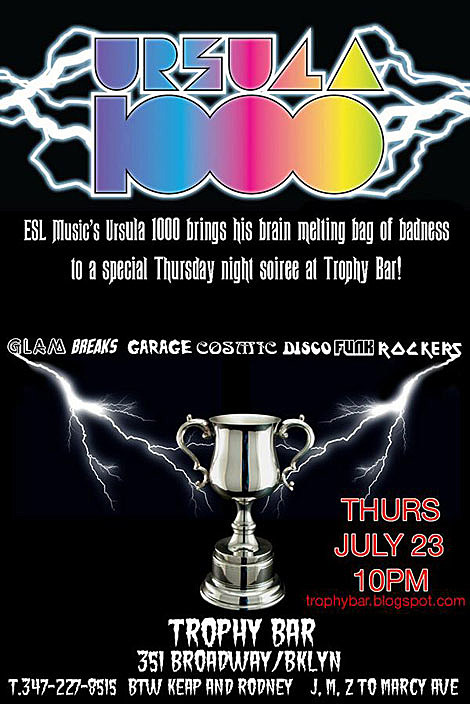 Also on Thursday (7/23):
- DJ Spinna deejays downstairs at Santos.
- False Aristocracy's Ether party happens weekly at Happy Ending. This week's guest deejays are B. Rich and Jubilee.
- Less is happening at Bar 13 with Alex Dirttt among others.

DJ Harvey will be deejaying & celebrating his birthday at Love with Citizen Kane. While I somehow have only made it out to see Harvey deejay once before, it was an excellent night of disco (and it wasn't even his birthday!). Don't miss this! 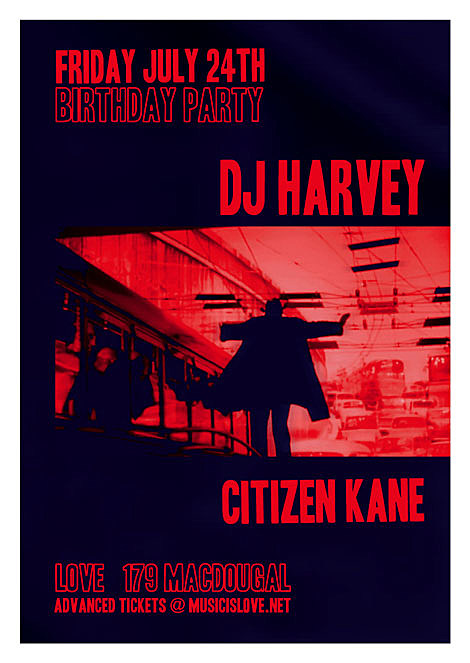 Not too far from there, the legendary Green Velvet will have everyone shaking & popping and percolating on their way down...to... la la land (sorry, I had to do it) at Webster Hall. I keep missing him when he's here, but I've heard great things about many of Green Velvet's sets, including his one at Sullivan Room (with Sleepy & Boo who will also be at Webster) back in November . 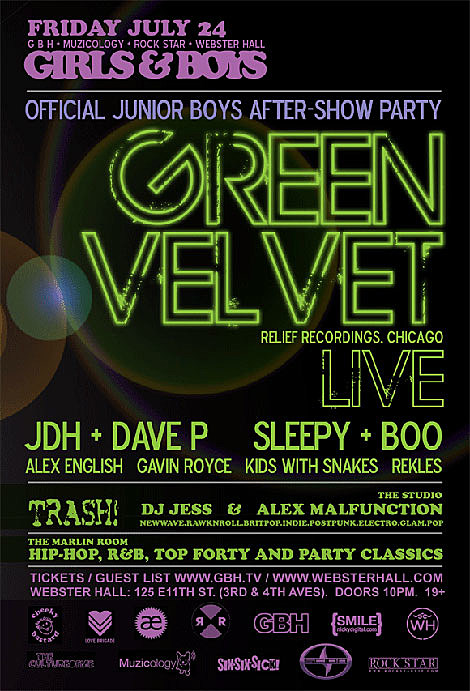 We have 1 pair of tickets to give away! TO WIN A PAIR OF TICKETS TO SEE GREEN VELVET AT WEBSTER HALL ON FRIDAY (7/10) email BVCONTESTS@HOTMAIL.COM (subject: GREEN VELVET). Include your first and last name. 1 winner will be chosen at random and contacted. 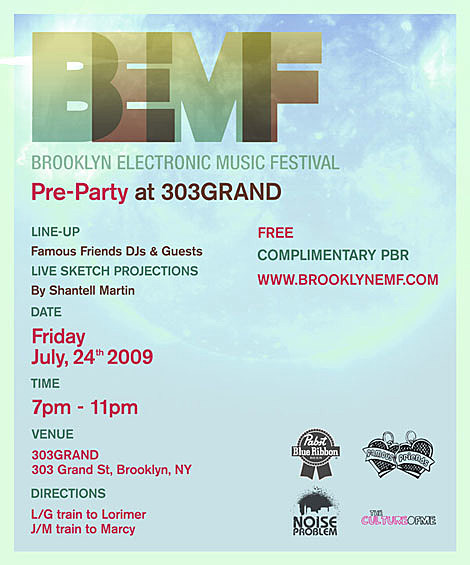 Super reduced tickets to the Brooklyn Electronic Music Festival will be available at the party for $20.

- Todd Terry is at Pacha.
- Turntables on the Hudson is happening every Friday at Water Taxi Beach.

As I mentioned at the beginning of this post, there is much more headed our way for Saturday, not to mention the rest of the weekend through Wednesday. Check back for all the details in Part 2 of the Week In Dance!