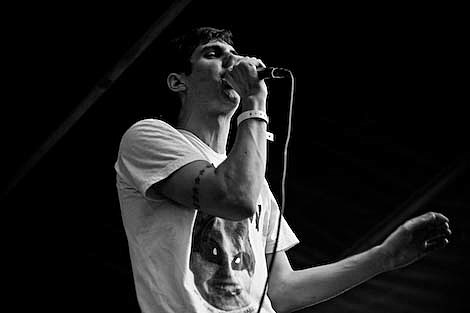 Hopefully you had fun getting down this week so far. There's much more happening this weekend, especially Saturday (7/25):

Fixed is back where it all started 4+ years ago - the Tribeca Grand! JDH & Dave P will be deejaying, plus they've brought together a monster line-up for what is sure to be an awesome return to the original site of some of their best parties: 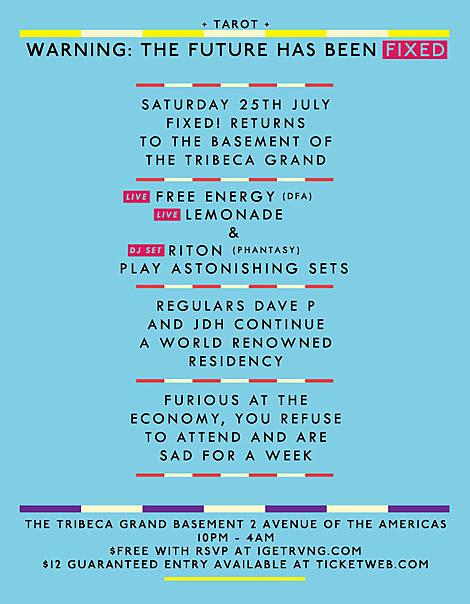 (...and GBH is throwing quite a party of their own upstairs at the Tribeca Grand too - info here)

For the first time ever, Radioclit known for their tropical flavor and
global collaborations are bringing their wild monthly London residency, SECOUSSE, to the States for an all out UK vs. BK battle of the riddims.

"Showcasing the most exotic sounds of all continents, the night starts with sweet tropical music, continues with live bands and ends up in a monster worldbeat electronic tribal riot."

Also on Saturday (7/25):
- Warm Up at P.S.1 with Alexi Delano, Derek Plaslaiko, and Elliott Sharp's Carbon
- The Beach Party with guest deejays Andres and Kai Alce at Water Taxi Beach.
- Festivus, followed by the official afterparty at Bar 13. 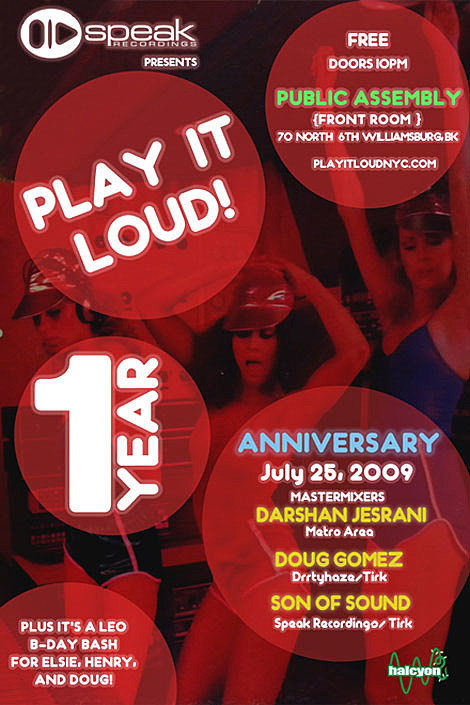 - Joey Beltram is at Rebel.
- I Love Vinyl at Le Poisson Rouge. 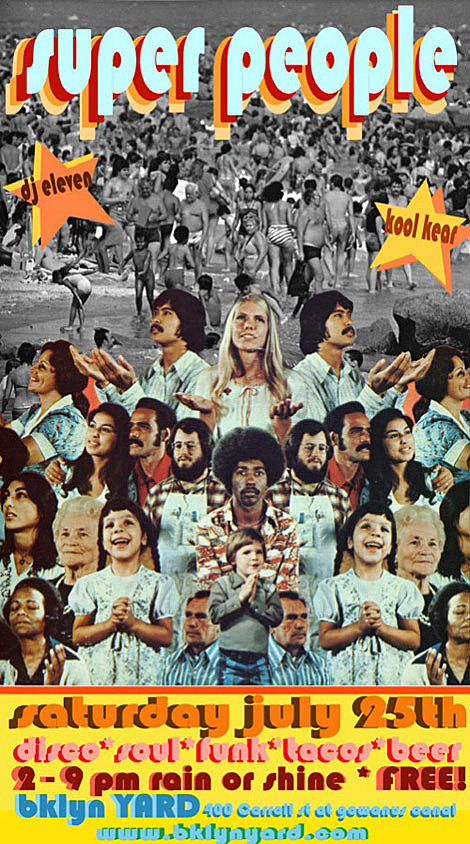 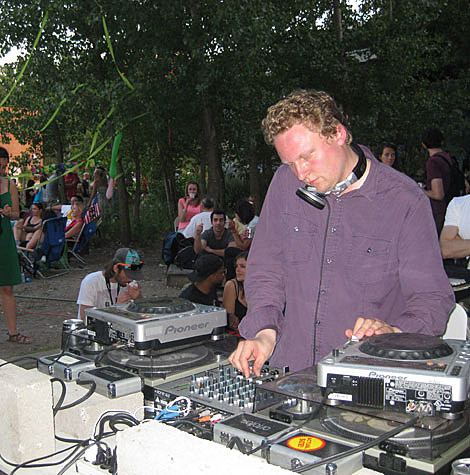 Last weekend I:Cube brought a much appreciated French touch to the the BKLYN Yard, in what was 2 hours of genre-crossing, dance-inducing jams. The chain-smoking Frenchman had everyone getting down from the get-go, delivering a set that was as eclectic as his one from Beats In Space earlier in the week, but generally more upbeat and danceable. It was one of the best sets I've witnessed both at Sunday Best and in general this year.

Week after week the party seems to get better and better, with no signs of stopping, especially this week with a special 3-hour set from Omar S. According to Sunday Best resident, Justin Carter:

The first time we booked him, he said he was going to play the best DJ set we'd ever heard, and when we chuckled a little, he said, "I'm not joking." He didn't chuckle at all. And then he came and played a set that we've never heard surpassed... 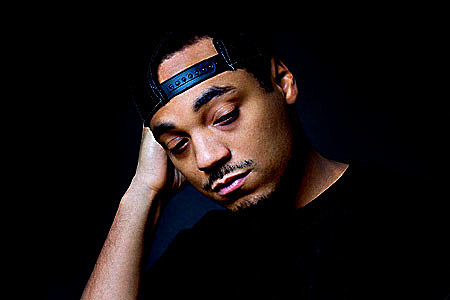 Uusually I'd recommend you head to Été d'Amour afterward, but there is no party this week! But now you have extra time to get familiar with next week's guests Dirty Sound System. 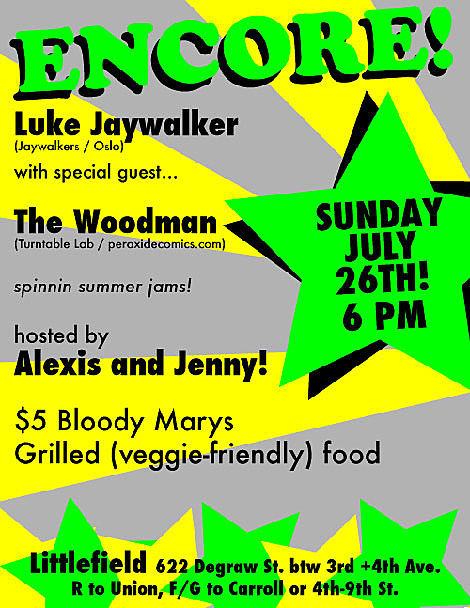 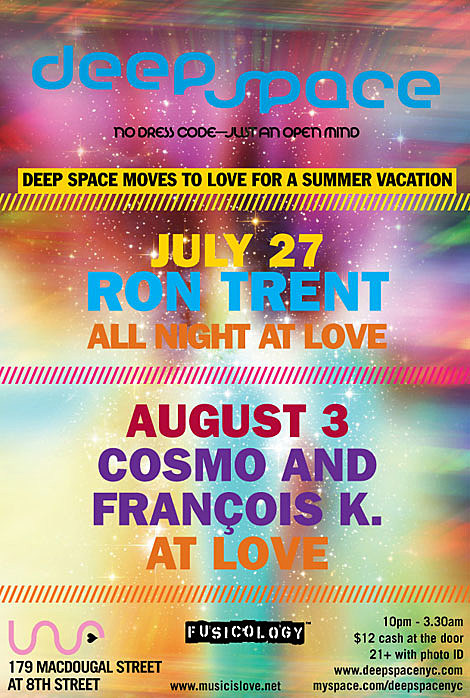 - Tommy Moye is at Trophy Bar.

- Night Train with Kon and Amir at APT 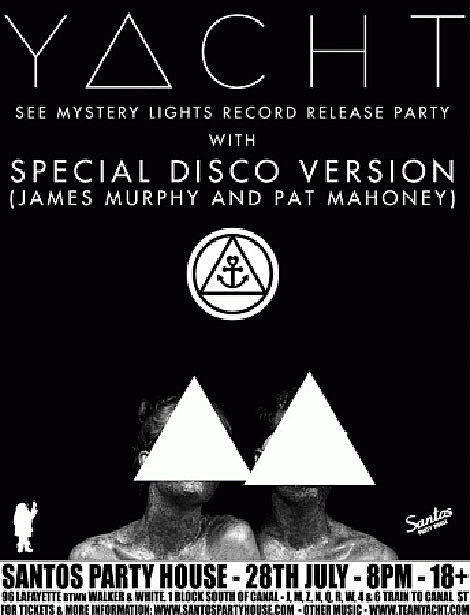 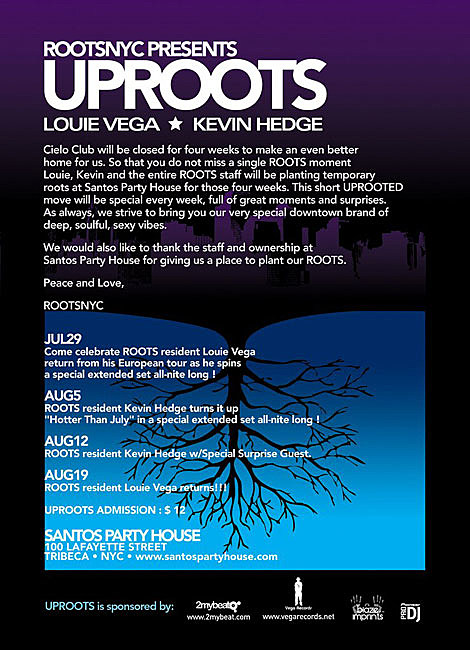 This week I'm ending on a technically not dance-related note...though the crowd at last week's Mayer Hawthorne show at Santos would argue otherwise. After months and months of "Just Ain't Gonna Work Out" shuffling through my headphones, followed by feelings of indecision after every listen, I finally decided to check Mayer Hawthorne out at Santos on Tuesday.

Going into the show one of my biggest concerns was that he was going to remind me of Jamie Lidell, but that I wouldn't like him as much. Literally from the second Mayer began I knew this wasn't the case. He sounded like Jamie Lidell, in that he sounded awesome, but they each really have completely different sounds - comparisons were not an issue.

The entire set was mesmerizing from the beginning and included some covers like "Work To Do" by the Isley Brothers, "I Wish It Would Rain" by the Temptations, some of M.I.A.'s "Paper Planes" that I enjoyed much more than her original, and Mayer's new classic soul via his original tracks like "Just Ain't Gonna Work Out" among others (whose titles I'm not yet familiar with).

Mayer's vocals were perfect and he interacted with the crowd like he'd been doing it for years. His band, The County, were super tight, and everything sounded amazing. I saw more people seriously getting down at this show than I have at many a dancefloor over the past few months. If you're into soul at all definitely check out Mayer & look out for his album A Strange Arrangement, out on Stones Throw this fall.