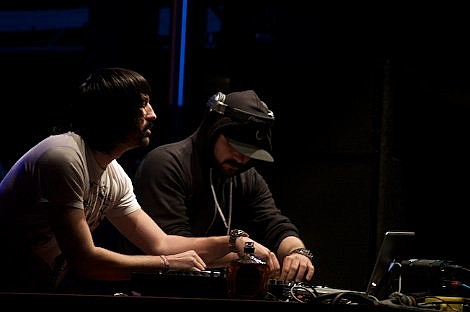 Last weekend I finally made it out dancing on a day other than Sunday for a change. Saturday night I headed to the Tribeca Grand's basement where Fixed was making its welcome return. I caught the last two songs of Free Energy's set. It was my first time seeing the band, and as much as two songs aren't much to go by, they at least made me want to hear more. Following Free Energy, Dave P deejayed a bit, playing Fixed's typically awesome mix of very current dance tracks from a variety of genres, while the stage was set up for Lemonade.

I have nothing against Lemonade, but have never really gotten into their music so I sat tight during their set, patiently waiting for Riton to begin his. He finally went on somewhere around 2/2:30 and to the degree I really wasn't too familiar with his music to begin with (save for a remix here & there), his selections were very unexpected. It's all a bit of a blur now...lots of current stuff, with a lot of really random tracks thrown in (ie Abba's "Voulez Vous") that worked beautifully and had everyone who had stuck around getting down. The early ending (3:30) left things a little bittersweet (I wanted that last half hour!), but overall it was a great night.

While there is no Fixed party happening this week, there are lots of other great events sure to have you dancing through your weekend. Here's what's going on, starting with Thursday (7/30):

Mattie Safer, who recently parted ways with the Rapture (more details from Mattie here) is busy doing his dj thing at Jams- his, Nick Catchdubs', and DJ Lindsey's monthly party at the Gallery Bar at Le Poisson Rouge: 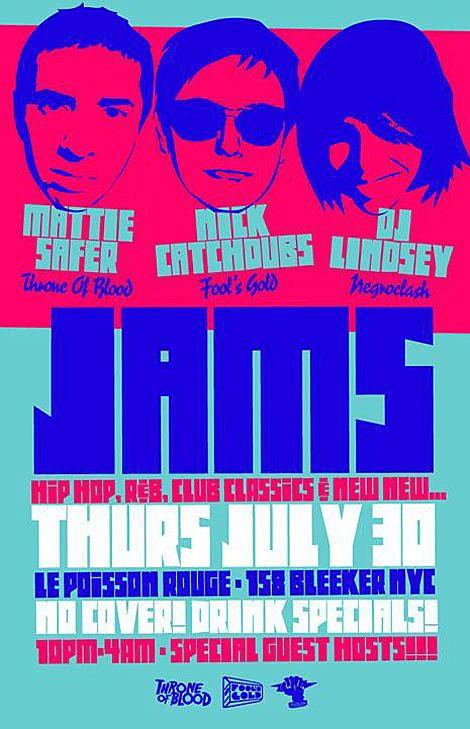 Also on Thursday (7/30):
- Halcyon celebrates its 10th Anniversary, at Stay.
- DJ Spinna (who will be part of the recently announced Long Live the King! A Birthday Celebration for Michael Jackson) deejays downstairs at Santos, while the Martinez Brothers are upstairs.
- Less is happening at Bar 13.
- False Aristocracy's Ether party happens weekly at Happy Ending.

Friday (7/31) kicks off the second All Points West festival in Jersey City. With Underworld being pretty much the only electronic/dance act at last year's festival, things are heading in a better direction this year. Friday night the Queen of the Valley stage will host most of the electronic/dance line-up with Flying Lotus, Peanut Butter Wolf, and MSTRKRFT conveniently playing all in a row. All MSTRKRFT dates, and the video of them performing with John Legend on Letterman, at the end of this post.

For those of us not heading to Jersey City Friday night (7/31) there is much more to choose from, right here in the city:

A Trak is back in New York again! The last time I saw him here, he and DJ Mehdi completely tore up Studio B back in March. Their tag team set was excellent and it was easily one of the wildest parties I've ever witnessed at the B. This time around DJ Mehdi won't be here :( but Treasure Fingers, Theophilis London, and Jack Beats are sure to keep the crowd moving in the fittingly more spacious Webster Hall. Jack Beats, who will be deejaying both Hard Fest LA and NYC just made a brand new Hard Summer mix which you can download here once you sign-up for the Hard newsletter. 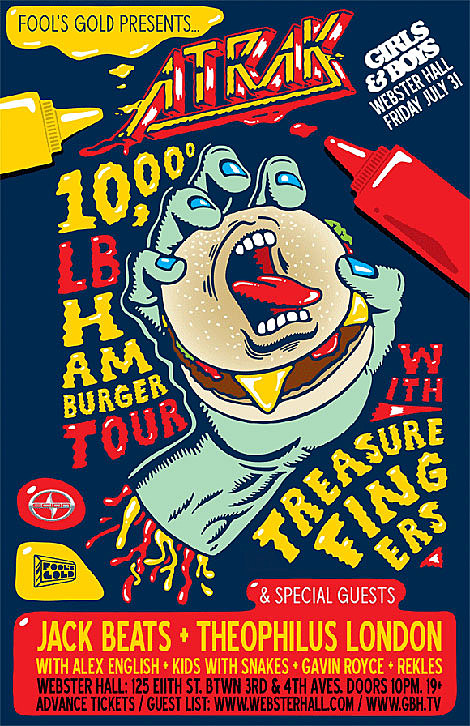 Advanced tickets available here and we have 1 pair of tickets to give away! TO WIN A PAIR OF TICKETS TO the 10,000 Lb. HAMBURGER TOUR AT WEBSTER HALL ON FRIDAY (7/31) email BVCONTESTS@HOTMAIL.COM (subject: A TRAK). Include your first and last name. 1 winner will be chosen at random and contacted.

At this point it is definitely safe to say that Meanred knows how to do parties...especially loft parties...even when they take them out of the loft (that's how good they are!). Friday's Lose Your Shit loft party is in the courtyard of the Old American Can Factory and the spread of deejays is pretty diverse, so there should be something to make everyone happy (& lose their shit!): 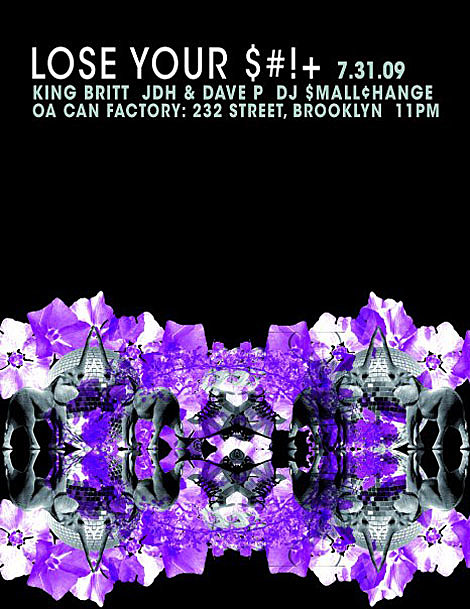 There's a great little line-up for Crash Beat over at Public Assembly, which includes Brennan Green (Chinatown). Be sure to check out his latest release, My First House out on Wurst Music Co. (the untitled B-side is particularly awesome). 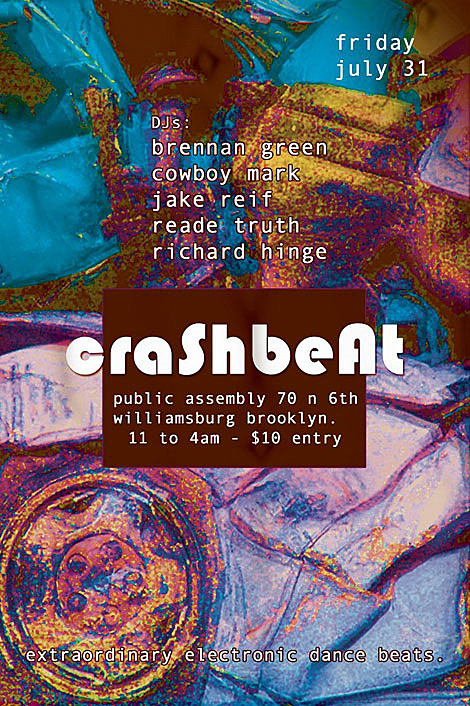 Also, if you're into funk/soul, there is a free party in the front room. 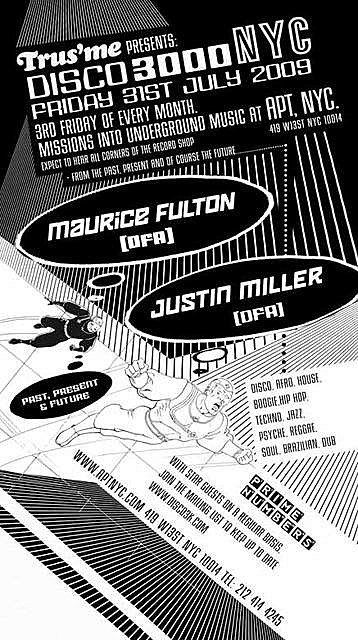 + Turntable Lab is upstairs at APT.

- Less with Animaltek at 205.
- Turntables on the Hudson is happening every Friday at Water Taxi Beach.
- All Points West afterparty with Crystal Castles

This weekend looks even better with sets from House of House, Dirty Sound System, and Plant Music just to name a few! Check back for all the details in part 2 of the Week In Dance!