DOWNLOAD: The Black Ghosts - I Want Nothing (Sinden remix) (MP3) 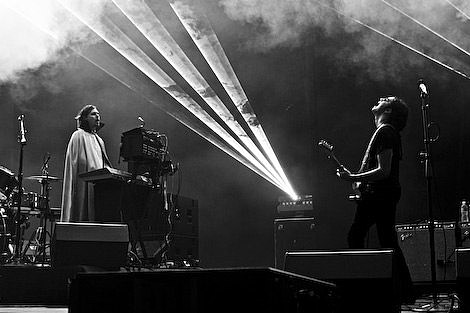 Last week in dance it seemed like there was even more than usual going on. While I missed what looked like a typically awesome night of deejaying from A-Trak & co. at Webster Hall on Friday I made it out to the Tribeca Grand Saturday night to see Dirty Sound System. Unfortunately the dirty duo did not live up to my perhaps too high expectations after seeing their French partner in crime, Pilooski, kill it back in May. They played some tracks I was happy to hear out...Tiga's "Shoes", the Pilooski edit of Elvis' "Crawfish"...I was even glad to hear Dolly Parton's "Jolene". However, after an hour of many classic pop tracks, with very little mixing (which I anticipated but was hoping wasn't true for the pair who refer to themselves as "more selectors than traditionnal dj's") I was left a little disappointed, hoping for something a little more left field.

Luckily by the time they started letting people in and I got to All Points West on Sunday, things had turned around. Mogwai (who I'd never heard before) sounded great from the beer garden and Ghostland Observatory, who former Week In Dance writer David Bruno had urged me to check out years ago, lived up to the hype. What was already a great night ended on an even better note, with everyone in the Queen of the Valley Tent going crazy for Etienne de Crécy's live set:

While there won't be any dancefloor destruction from the center of a cube this week, there are many other greats deejays & bands that will have you getting down straight through to next week. For now, here's what's happening Thursday & Friday (8/6 & 8/7):

While I'm not a major Prince fan, I do love Escort. This Thursday (8/6) the 18-piece live disco band (who hasn't played a show in New York since last May!) will be leading a sing-along to a screening of Purple Rain as part of Celebrate Brooklyn in Prospect Park. They will be starting off with a set of some of their own songs prior to the screening and welcoming their new vocalist Adeline, so be sure to go out and support one of Brooklyn's own great dance bands! 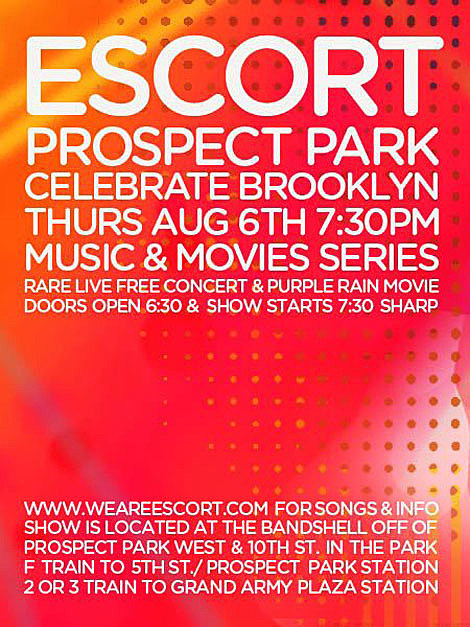 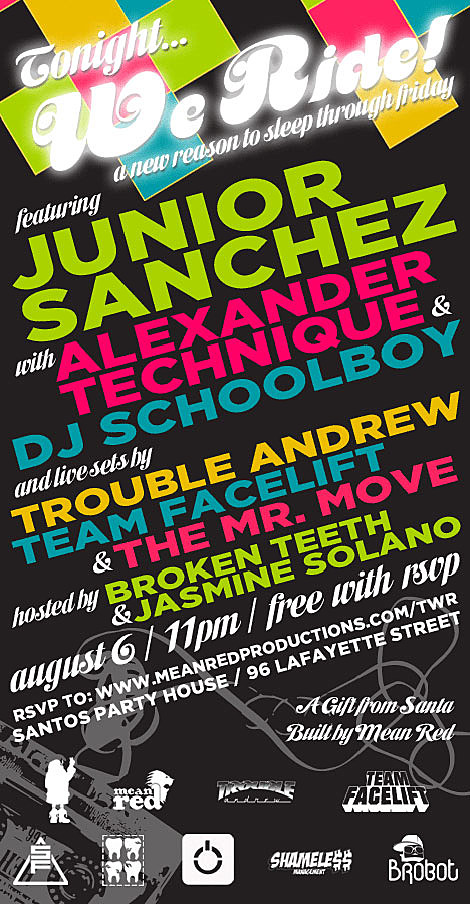 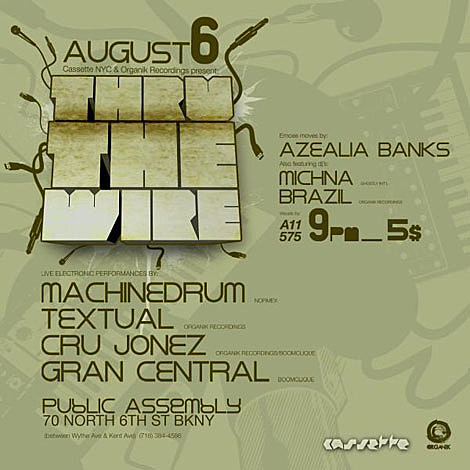 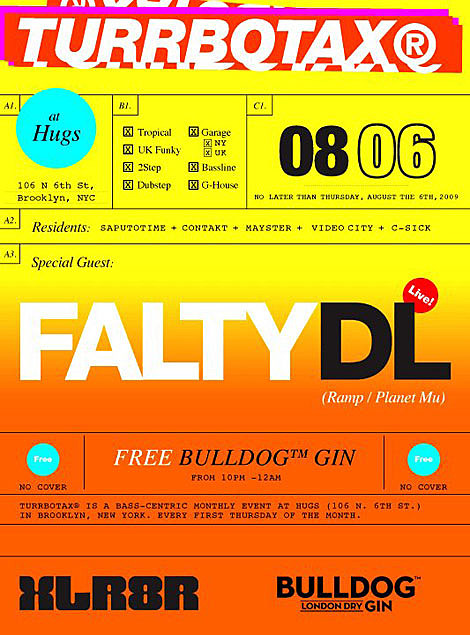 On Friday (8/7), the great DC duo of Dave Nada and Matt Nordstrom aka Nadastrom are back in Greenpoint (following an awesome set at Studio B in December) for what is sure to be an interesting party: 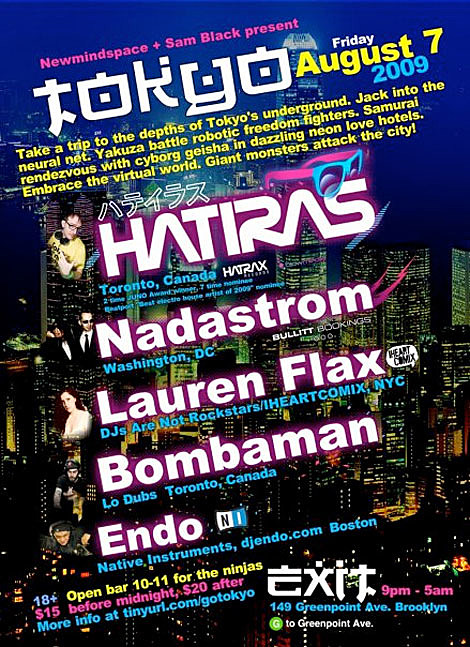 Another great party happening Friday (8/7) features two great deejays who I haven't seen in ages. Back in 2007, the first and last time I saw DatA, he played a set that was great despite it including several electro tracks I was starting to grow tired of, thanks to some excellent timing and mixing. Sinden's sets always seem to be on point, no doubt due in part to his weekly show on Kiss FM. They will both be at Webster Hall on Friday along with Viking. Full info below (along with a chance to win a pair of tickets!), plus download the oldie but goodie, Sinden's remix of The Black Ghosts "I Want Nothing" at the top of this post: 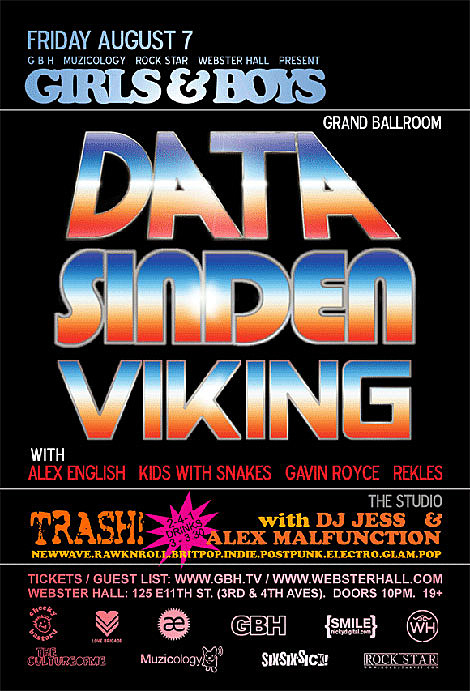 Advanced tickets available here and we have 1 pair of tickets to give away! TO WIN A PAIR OF TICKETS TO SEE DATA, SINDEN, AND VIKING AT WEBSTER HALL ON FRIDAY (7/31) email BVCONTESTS@HOTMAIL.COM (subject: DATA). Include your first and last name. 1 winner will be chosen at random and contacted. 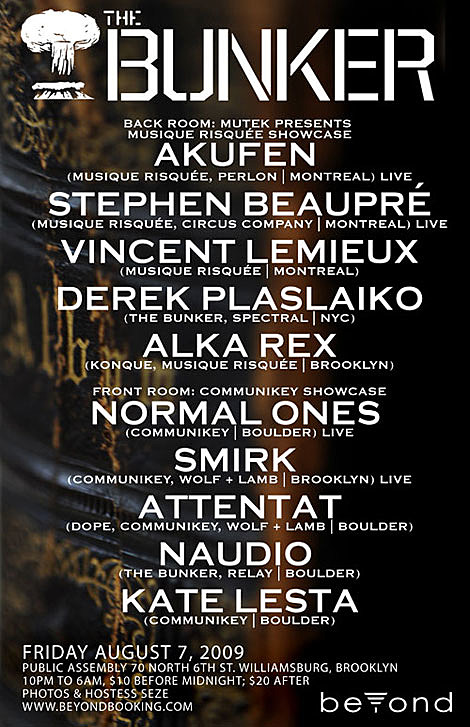 - Turntables on the Hudson is happening every Friday at Water Taxi Beach. 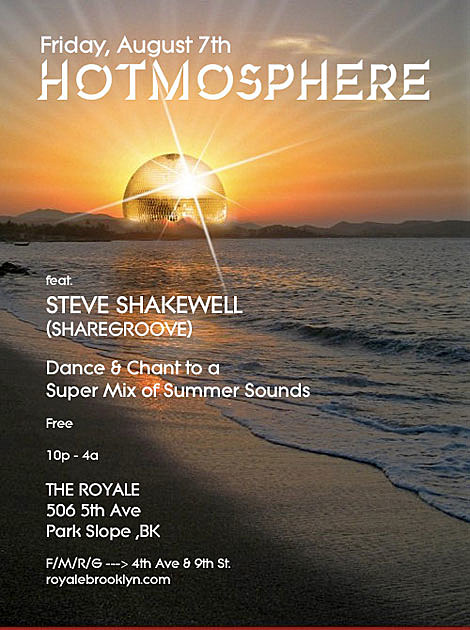 - Jellybean Benitez is at Sullivan Room.
- Matrix Records Reloaded at Bar 13.
- Designer Drugs at Ruff Club at the Annex.
- DJ Dex at Nublu

There is much more dancing to do this weekend (BEMF, Dark Disco in the Park, Motor City Drum Ensemble) plus next week (Pilooski, In Flagranti, and Friendly Fires!). Check back for all the details in Part 2 of the Week In Dance!