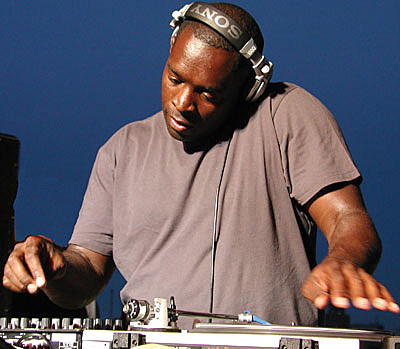 Continued from yesterday, here's where to dance in NYC tonight (July 11), Saturday, Sunday and Monday...

-- FINGER ON THE PULSE 3 YEAR ANNIVERSARY AT HUGS (Sometimes) BV Contriubtors Finger on the Pulse invite basically everyone who's ever played their party to get wild at HUGS.

-- THE LOOK's DANCE MANIA AT MANA - Chase from the LOOK moves the party to Brooklyn with NO ORDINARY MONKEY's ANTON, Ed UFO!, dance contests, and booty shaking. Email dancemaniany@gmail.com for the free list.

-- THE BUNKER AT GALAPAGOS

-- QUENUM, co-founder of seminal minitech imprint Cadenza, drops it to tech it out the Bunker.

WARM UP AT PS1. RONG/DFA's FREE BLOOD writhe all over the stage and DJ SPUN and SCOTTY COATS rock the decks. (Speaking of MOMA, get tickets here to the next PopRally dance party on July 19 from 7 - 10 pm out in the sidelot of MoMa)

-- FIXED BACK AT TRIBECA GRAND. Back where the magic started, the FIXED boys are back in the basement with Parisian remixer of the moment FRED FALKE. The ole' RSVP is back in action at weare138nyc@yahoo.com: if you don't email, you don't get in, and get there early.

-- THE WHIP AT WEBSTER HALL. The Whip are fun. Webster Hall? Hmm...

NICKY SIANO AT SANTOS - Nicky Siano is one of the only DJs from the disco era still spinning records. Along with David Mancuso, Nicky is the reason New York is New York and disco is disco and disco became house and going to a nightclub became clubbing and clubbing was born at Nicky's Gallery. Nicky is doing a Sunday night party at SANTOS for now (he's vowed to only DJ for 2 more years) and I hear its off the hook.

-- SUNDAY'S BEST WITH KEVIN SAUNDERSON - One of the masterminds behind the transformation from disco to house to techno: KEVIN SAUNDERSON, along with DERRICK MAY + JUAN ATKINS, is credited for spawning modern techno. The housiest and the most soulful of the the BELLEVILLE THREE, Kevin is playing a special house set in the sunshine at the Yard Sunday afternoon. This is gonna be special.

-- NO ORDINARY MONKEY AT GRAND FERRY PARK, WILLIAMSBURG - The No Ordinary Monkey crew throws one of their fun summertime bashes on the waterfront. Goodies from Roberta's Pizza and wierdo dance grooves while the sunsets.

-- MARTINEZ BROTHERS AT HUDSON - Giant Step does a few special Monday night parties at the Hudson (yes, in Midtown) and this week the Martinez Brothers spend a few hours showing you why they are the future of house music. Make sure to RSVP.