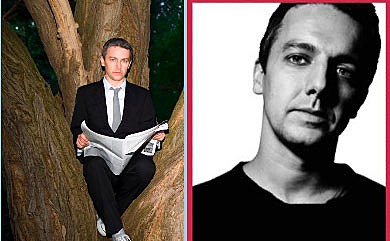 It's 2 days later, and despite not doing any dancing Friday night I am still hurting from the French madness that went down Wednesday and Thursday - but more on that next week. This weekend there is still more dancing to be done.

...a showcase for classically-minded yet forward-thinking dance music, irrespective of genres. Think disco, house and techno for grown folks rather than nu-ravers, somewhere between New York's legendary Fixed nights, Glasgow's long-running Optimo party, and PS1's Warm Up series...After a two month hiatus, Harkin and Friedman return with a vengeance in August, kicking things off with a rare New York appearance on August 2nd by producer/remixer extraordinaire Ewan Pearson, who's remixed everyone from Depeche Mode and Goldfrapp to The Whitest Boy Alive and produced the most recent albums from The Rapture and M83.

Download Ewan Pearson's Prime Time Promo Mix and Eamon & James' live mix from Prime Time #1 at the top of this post for an idea of what's headed your way Saturday evening. Details on the party and tracklisting for the mixes below: 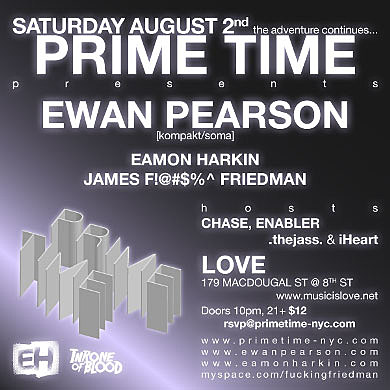 Tickets are $12 at the door. $10 advanced tickets available here. RSVP to rsvp@primetime-nyc.com.

If you're in the mood for some outdoor dancing, Chicago house and acid pioneer, Gene Hunt is at Water Taxi Beach in Long Island City. It's his first weekend in New York ever so go out and give him a good welcome! 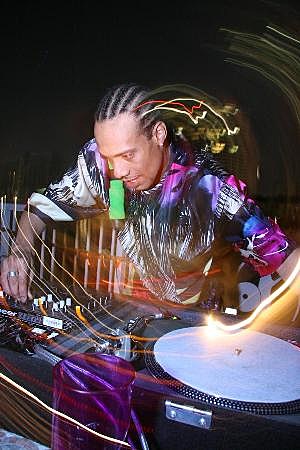 Sunday (August 3) there are a few more great opportunities to get down outside as well! 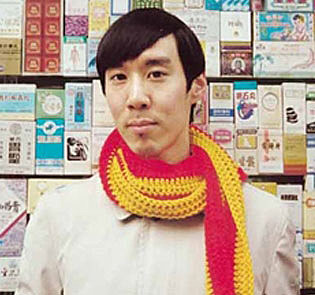 You can take it to the Yard for the always fun, Sunday Best party. This week's guest deejay is Danny Wang:

The long-time New York resident who now lives in Berlin is dropping back into town with a set of classic disco, house, and a surprise or two. Really. A surprise. Don't miss it.

There's also some free (w/ a suggested donation of $5) outdoor dancing, leaning more of the soulful side of things at Summerstage with Gilles Peterson hosting Jamie Lidell, Little Jackie, Jose James, and Janelle Monae. The show is from 3:00 PM to 6:00 PM, but doors are at 1:30! Be sure to get there early!

One final suggestion for Sunday - Disco Sunday rooftop BBQ with Jacques Renault, Justin Miller, and Nick from Holy Ghost. Download Runaway's (which is 1/2 Jacques Renault, the other is Marcos Cabral) live set from the Yard at the top of this post. 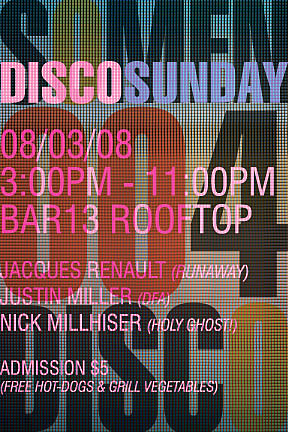 When I think about next week my head starts spinning from all the dance events that are happening. It reminds me of last year's CMJ (which everyone complained about, but was awesome for dance) all over again. My suggestion...if you *had* to pick just *one* thing to do next week and you can bear to part with $89 + a ton of fees (ouch) go to All Points West on Friday to see Underworld. 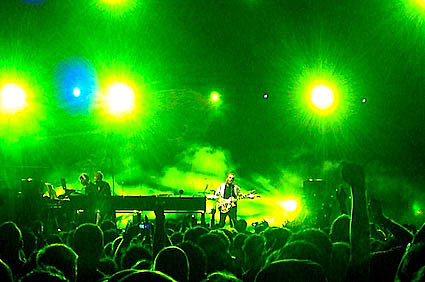 Despite playing catch up with their albums and only being familiar with their classics and a few songs from their latest album, Oblivion With Bells, I really enjoyed their show at Central Park last September. It was the second best show out of all I saw last year (second only to the Chemical Brothers who in all fairness are my absolute favorite and first got me into electronic music). Check out the review and get a ticket!