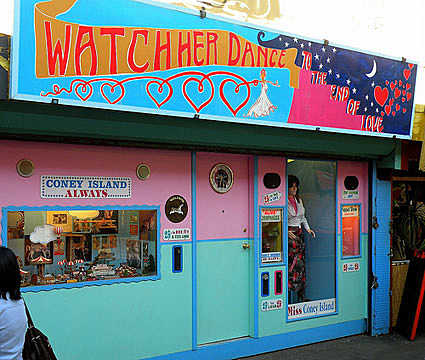 Hopefully by the time you read this you will be recovering from some dancefloor devastation no matter what you decided to do. Options abound for the weekend as well (for those staying in town) (or those visiting): 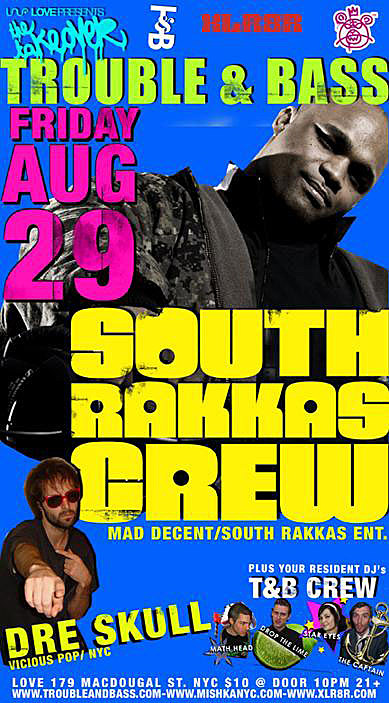 Also happening Friday - Dave Dresden (of the famed production duo Gabriel & Dresden, each pursuing solo careers since May) is at Cielo. You can download a mix he did this month - "2 hours and 26 minutes of dave dresden" at the top of this post (tracklisting below). 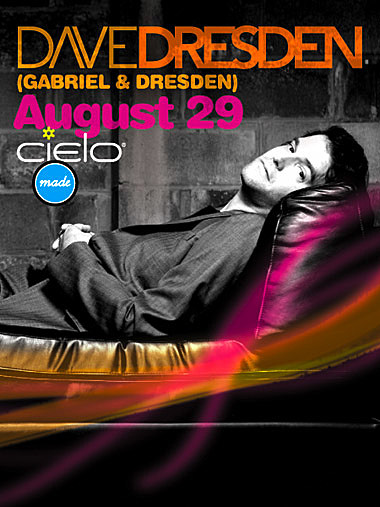 I don't think I can emphasize "dance outside while you still can!" enough. There are lots of opportunities to do so this weekend, but not too many more!

Saturday is the second to last Warm Up party at P.S.1. This week's line-up is particularly no-wave oriented with:

James Chance and The Contortions

You can download a free mp3 of their track "Incorrigible" ("Warm-Up Version" by Sal P. w/ Brennan Green and Dennis Young) from No Wave City. It will be released as a 12" on Rong Music later this year.

Matthew Dear & Ryan Elliott (Ghostly International/Spectral Sound). Check out the clip of them below at last year's DEMF:

Hey Convict! (Golf Channel Recordings, Australia) - they don't have much of an internet presence but their sets are supposed to be disco-based, but also very eclectic, mixing in a variety of genres. You can download a set they did for Beats in Space last year here (scroll to June 5th) and one of the mixes they are known for - Slow Mo No Beard, from Research and Development.

If you're into Ryan Elliott's set at P.S.1 you can continue dancing to his tunes without leaving the neighborhood as the second to last Beach Party at Water Taxi Beach is also happening in Long Island City (which is also soon to be the home of Queensbridge Theater) Saturday night. Ryan's labelmate Osborne will also be deejaying as well as Marcel Wave aka Tanner Ross of Freerange and Dirtybird. 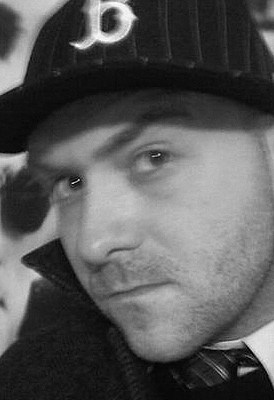 One last option for Saturday night:

The monthly Crooked Disco party is happening at Public Assembly with DJ Eleven, Mr. Andersonic, Nick Hook, and a *special surprise guest* that will be announced on the Crooked Disco website on Saturday. 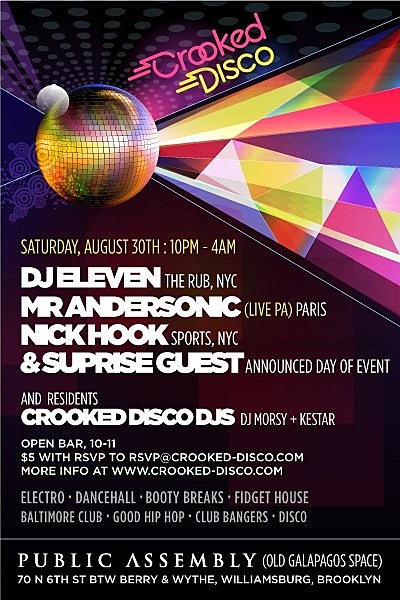 Monday is Labor Day, so you owe it to yourself to hit it extra hard on Sunday. Here are some ways to do it:

This Sunday is the last Sunday Best at the Yard, fittingly ending with New York's own Metro Area keeping things nice and funky combining elements of disco and R&B with more modern house and techno to keep everyone moving. If you haven't made it out to any of these parties it's not too late! There's a re-cap of the series below and all the info you need to get there this Sunday:

Thirteen weeks after Roy Davis Jr rocked with us into the summer on Memorial Day weekend, Sunday Best is saying goodbye to our weekly jam at The Yard. It's been great. From Danny Wang playing air bass with a rainbow overhead to Afrika Bambaataa closing out his sunshower set with Josh Wink's Higher State of Consciousness to John Tejada playing his 3am-worthy live show tucked under The Yard's outdoor shed as the sun went down, there's been no lack of special moments.

This Sunday we're all go for a few more. Hometown heroes Metro Area are playing with us, and along with the standard good food and breezy vibe, we'll probably have a surprise or two up our sleeve.

We hope to see you there one last time!

Directions to The Yard (400 Carroll St between Bond and Nevins)
F, G trains to Carroll St. South on Smith. Left on President. Right on Hoyt. Left on Carroll.
N, R trains to Union. West on Union. Left on Nevins. Right on Carroll. Just over the bridge.

The long-running Body & Soul party is happening at (a place that isn't everyone's favorite) Webster Hall, but it's an opportunity to catch a soulful, genre-crossing, good-vibed party with some legendary deejays: Francois K, Joaquin "Joe" Claussell, and Danny Krivit. 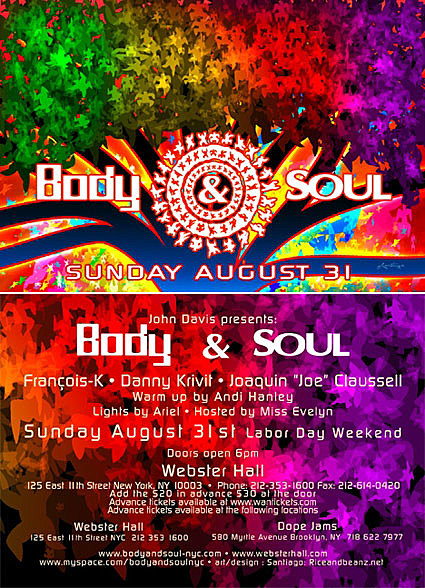 One last event happening Sunday that features a lot of deejays whose styles aren't exactly my favorite, but I'm sure is of interest to some: Sunday School for Degenerates. It's actually a series of three events - the Overboard Boat Party (pre-school) from 6pm - 10pm on Sunday w/ Steve Bug and Adultnapper, Sunday School for Degenerates at Rebel from 10pm - 9am with Dan Berkson & James What (live), Kate Simko (live), and quite a few deejays, and the Afterschool Special at the Yard from 10am - 9pm on Monday with Brendon Moeller, Cassy, Joel Mull, Nikola Bytala, Zip and special guests. There are tickets available for the individual parties as well as a pass to all three, info on all the deejays, venues, transportation, etc. here.

As much as I hate to admit that it's coming, fall is on its way. Luckily there is already a ton of events lined up that I am looking forward to to distract me. One that's coming up pretty soon is Ete D'Amour w/ Boombass at Santos on September 11th. Boombass is 1/2 of the great French electronic/house duo Cassius with Philippe Zdar. Unlike a lot of electronic bands and deejays that have recently come to light and become increasingly popular with the rise of "electro", Cassius have been around for a while and it shows in their classic French touch tracks.

I first saw Cassius deejay at my second electronic show ever, opening for the Chemical Brothers during 2002's CMJ (along with the Audio Bullys, Erlend Oye, and Simian Mobile Disco, back when it was all 4 of them). Cassius' set was easily one of the best I've seen to this day with an instantly accessible and banging mix of French-tinged everything, culminating in Steve Edwards coming out to do live vocals over what was their latest single at the time, "The Sound of Violence". Check out the video below and be sure to get a ticket for what is sure to be an equally awesome night of French classics at Santos.

Cassius - The Sound of Violence

Also, before Boombass throws down at Santos on the 11th, some other Frenchmen - Gildas & Masaya of Kitsune will be
hitting our city and the sea next Saturday for the last People Don't Dance No More boat party of the summer. Be sure to get your ticket ASAP as they are extremely limited and will probably sell out. You can find all the info you need here.