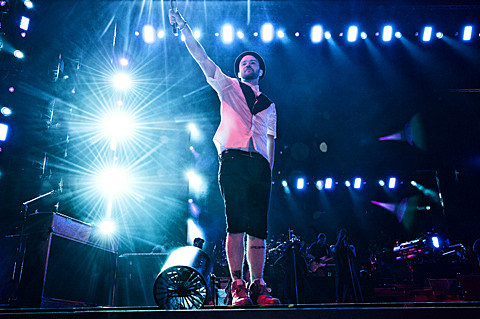 Justin Timberlake is in a rare position where he's one of the biggest pop stars on the planet, but on (at least the first part of) his new album, he's doing the kind of forward-thinking R&B that usually comes from newer, comparatively smaller artists. So it's a welcome announcement that he's taking one of those smaller artists, The Weeknd, on tour with him. The Weeknd will open this week's NYC-area dates that happen on 11/6 at Barclays Center in Brooklyn, 11/7 at XL Center in Hartford, and 11/9 at IZOD Center in NJ. Tickets for all three shows are still available. No opener has been announced for JT's MSG show (2/19) yet.

The Weeknd brought his own tour to NYC for two nights at Radio City in October, and after the JT tour, he'll open for Drake (who also played NYC in October) on his European tour.