photo: The Weeknd at Barclays Center in 2014 (more by Gretchen Robinette) 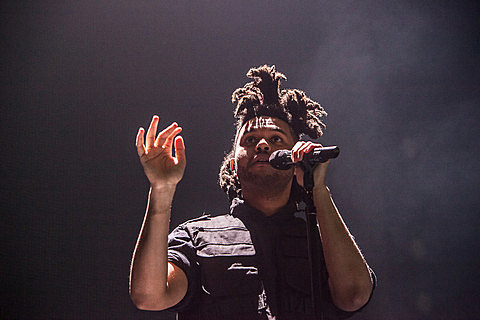 The Museum of Modern Art's Party in the Garden, a benefit event to be held on June 2, will honor artists Richard Serra and Kara Walker, with a special salute to David Rockefeller on his 100th birthday. With over 70 of Serra's works in its collection and three monographic exhibitions, including a career retrospective in 2007 (Richard Serra Sculpture: Forty Years), the Museum is delighted to celebrate its long and deep relationship with the artist and his work. MoMA is also happy to honor Kara Walker, who was first exhibited at MoMA in the Projects Series in 2000, and has a monumental work currently on view in the Museum's Contemporary Galleries as a part of the exhibition Scenes for a New Heritage: Contemporary Art from the Collection. The evening will also feature a special salute to David Rockefeller, whose guidance and unwavering support have been instrumental to the history of the Museum. Co-chairs of the event are Agnes Gund, Jo Carole and Ronald S. Lauder, Catie and Donald Marron, and Janet Wallach and Robert B. Menschel. Honorary co-chairs are Marie-Josée Kravis and Jerry I. Speyer.

MoMA's 'Party in the Garden' returns on June 2, and this year the performer for the gala afterparty is R&B singer The Weeknd. Tickets for just the afterparty are $225 in advance and $250 at the door. To reserve a tabel to attend the dinner as well ranges from $25,000 to $100,000.

The Weeknd also has a few festival appearances coming up, including the Roots Picnic, Sweetlife, Lollapalooza, and Bumbershoot. Maybe he'll bring out Kanye at one?